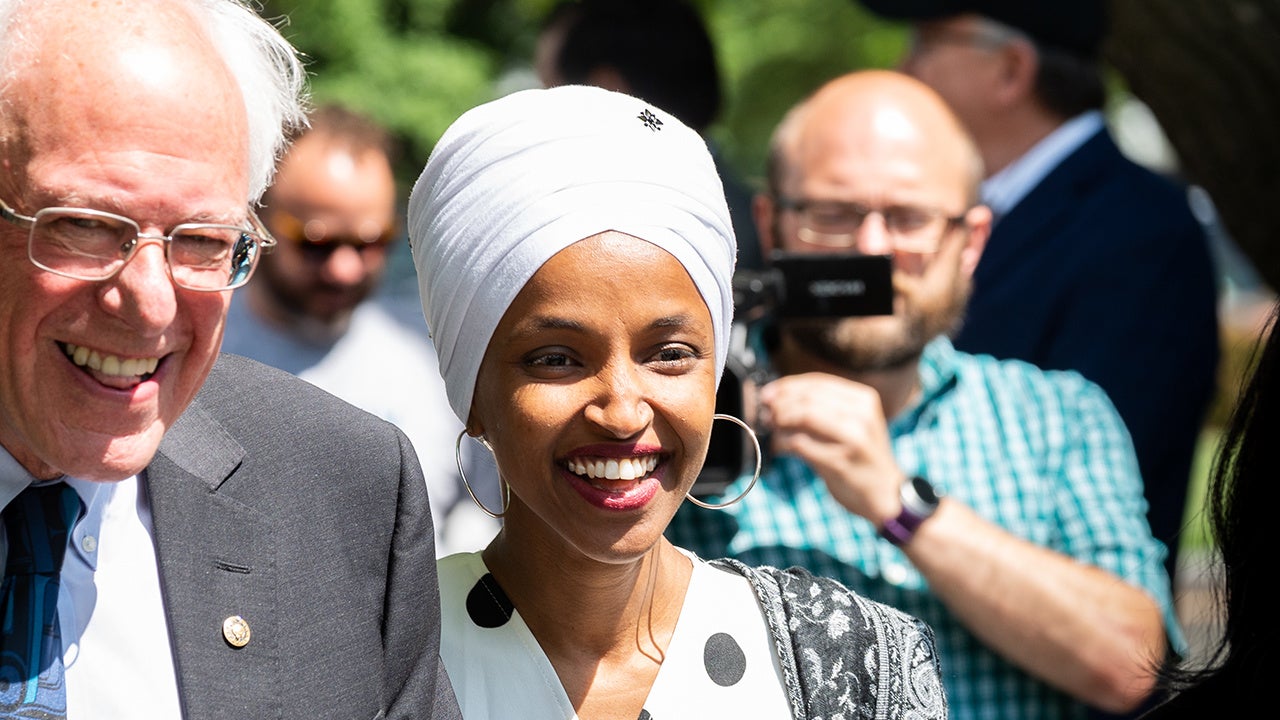 Progressive Democrats led by Rep. Ilhan Omar and Sen. Bernie Sanders on Friday introduced a bill to eliminate fossil fuel subsidies and other industry giveaways, calling taxpayer support of the climate-killing business — a counterproductive and dangerous use of federal funds as the climate crisis worsens and Americans suffer through an economic downturn sparked by the coronavirus pandemic.

“It’s past time we end the billions of taxpayer subsidies to fossil-fuel companies,” said Omar, a Minnesota Democrat. “Our focus right now needs to be on getting the American people through this difficult, unprecedented time, not providing giveaways to polluters.”

It’s past time we end the billions of taxpayer subsidies to fossil-fuel companies.

Today, @SenSanders, @SenJeffMerkley, @SenMarkey, @RepBarragan, and I introduced a bill to end these harmful giveaways to polluters.
https://t.co/tHYl5TxfQn

“Taxpayers provide billion in direct federal subsidies to the fossil fuel industry every year,” she added. “That ends with this bill.”

Omar and Sanders, an independent from Vermont who caucuses with Democrats, were joined in leading the End Polluter Welfare Act by Sens. Ed Markey (D-Mass.) and Jeff Merkley (D-Ore.) as well as Rep. Nanette Barragan (D-Calif.).

“At a time when we are dealing with the coronavirus pandemic and an economic decline, it is absurd to provide billions of taxpayer subsidies that pad fossil-fuel companies’ already-enormous profits,” said Sanders.

Fossil fuels are destroying our planet — yet the federal government gives oil, gas and coal companies nearly $15 BILLION a year in federal subsidies.

Thank you @IlhanMN @SenSanders for introducing a bill to end federal support for this toxic industry!https://t.co/fU1Po5xPIA

The bill would close tax loopholes, end taxpayer-funded subsidies, and bar the use of federal lands for resource extraction and federal funding for fossil fuel research.

“It is ridiculous that the federal government continues to hand out massive giveaways to antiquated fossil fuel industries that are not only financially risky, but are also destroying our planet,” said Merkley.

President Donald Trump’s administration has prioritized giveaways to the fossil fuel industry throughout his presidency, including as the pandemic wreaks havoc on the country.

The legislation aims to cut off oil, gas and coal companies reaping billions from federal COVID-19 relief and annual subsidies.https://t.co/4503bBuQV0

According to a press release from Omar’s office, the bill:

would also guarantee the continued solvency of the Black Lung Disability Fund to ensure continued medical care for tens of thousands of working-class Americans who worked hard for decades to provide energy for the nation. Fossil fuel drilling and transportation also disproportionately impact indigenous communities and communities of color, who have long opposed extraction on their land.

“It is outrageous that the federal government has exploited a pandemic to throw even more public money at the industry that created and profited from the climate crisis,” said Jiang. “A bill to end giveaways for the fossil fuel industry—which is saddled with debt and recklessly polluting Black, Brown, and Indigenous communities—is long overdue. It’s time to shift our investments to protect people on the frontlines of the climate crisis and support fossil fuel workers in the transition to a world beyond fossil fuels.”

While the bill faces an uphill battle, it was nonetheless seen as a good sign by Earth Island Institute’s International Marine Mammal Project, executive director Mark Palmer said in a statement.

“The fossil fuels industry must change to avoid the worst effects of global warming, which is already upon us,” Palmer said. “This legislation is a giant step towards reining in the pollution from oil and gas development, and we wholeheartedly endorse it.”

“The End Polluter Welfare Act is critically needed legislation at a pivotal moment,” said Rees. “We must stop propping up oil, gas, and coal with public money and invest in the people and communities most impacted by systemic oppression, Covid-19, and the climate crisis.”

Markey, who was also a lead sponsor of bicameral Green New Deal legislation along with Ocasio-Cortez, sounded a similar note in comments about the new bill.

“We should be providing support for workers and those affected by Trump’s criminally-negligent response to the pandemic — not bailing out the fossil fuel industry and propping up its profit margins,” said Markey. “Trump is only trying to add to these decades-long payouts for polluters, when we should be directing our resources to keeping people safe.”