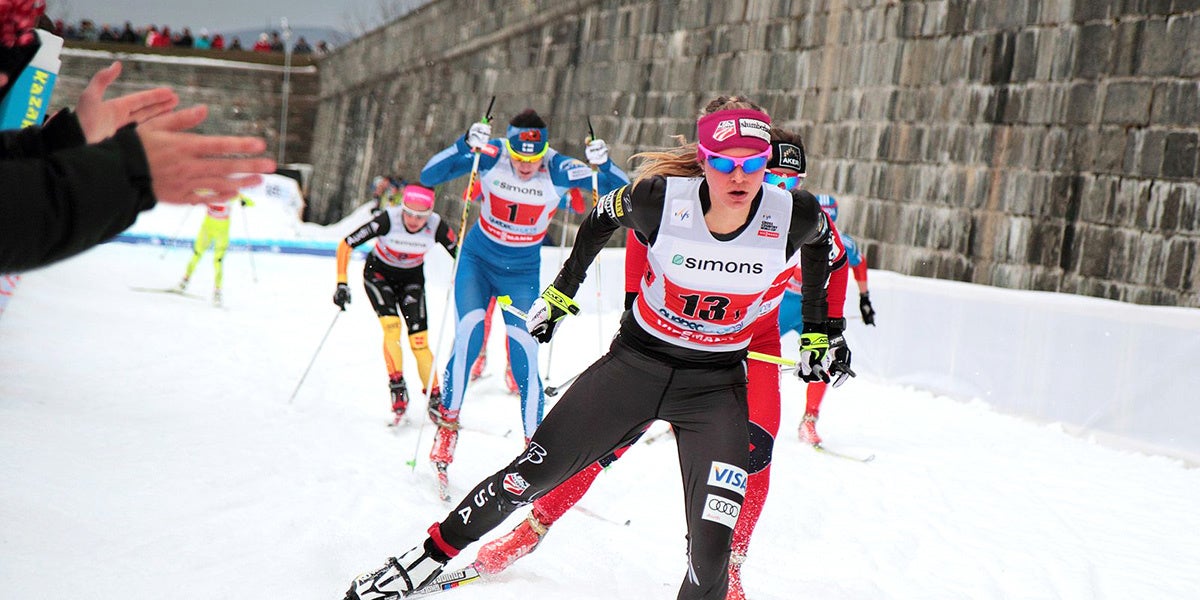 Over the last year, cross-country skier Jessie Diggins traveled around the world for competitions, winning third in the team sprint at the 2017 Nordic World Championships in Finland and a gold medal in the same event at the 2018 Winter Olympics in PyeongChang. While she has had a banner year, everywhere she went, she encountered the same problem—not enough snow.

Climate change is hampering winter sports by depriving athletes of the snow they need. Frustrated by the federal government’s inaction on climate, Diggins and four other Olympians headed to Washington, DC to speak with member of Congress.

“We’re now racing primarily on man-made snow,” Diggins said. She explained that venues that want to host World Cup skiing events must now have snow making capabilities to qualify, because they can no longer rely on snowfall. Because cross-country skiing is a low-altitude sport, it has been especially hard hit.

Olympian Stacey Cook, a World Cup alpine ski racer, said she’s seen significant changes just over the course of her skiing career. “From glacial recession in Europe to snow falling at only the highest elevations in New Zealand, many of our training venues worldwide have disappeared,” she said. “And here in the U.S., where I train in California, the droughts have shuttered ski resorts and mountain towns as early as January.”

Warmer winters mean more than just the loss of a beloved sport. It also has a significant economic impact, robbing the winter sports industry of jobs and revenue. A year with low snowfall can cost the U.S. economy more than $1 billion and 17,000 jobs, according to a recent report.

Cook and Diggins both worry that younger generations won’t be able to enjoy skiing or snowboarding. “It’s heartbreaking to see how hard these kids train without being able to race, because not everyone has access to man-made snow and trail systems,” said Diggins, who coaches high school students. She added, “Their sport is disappearing.”