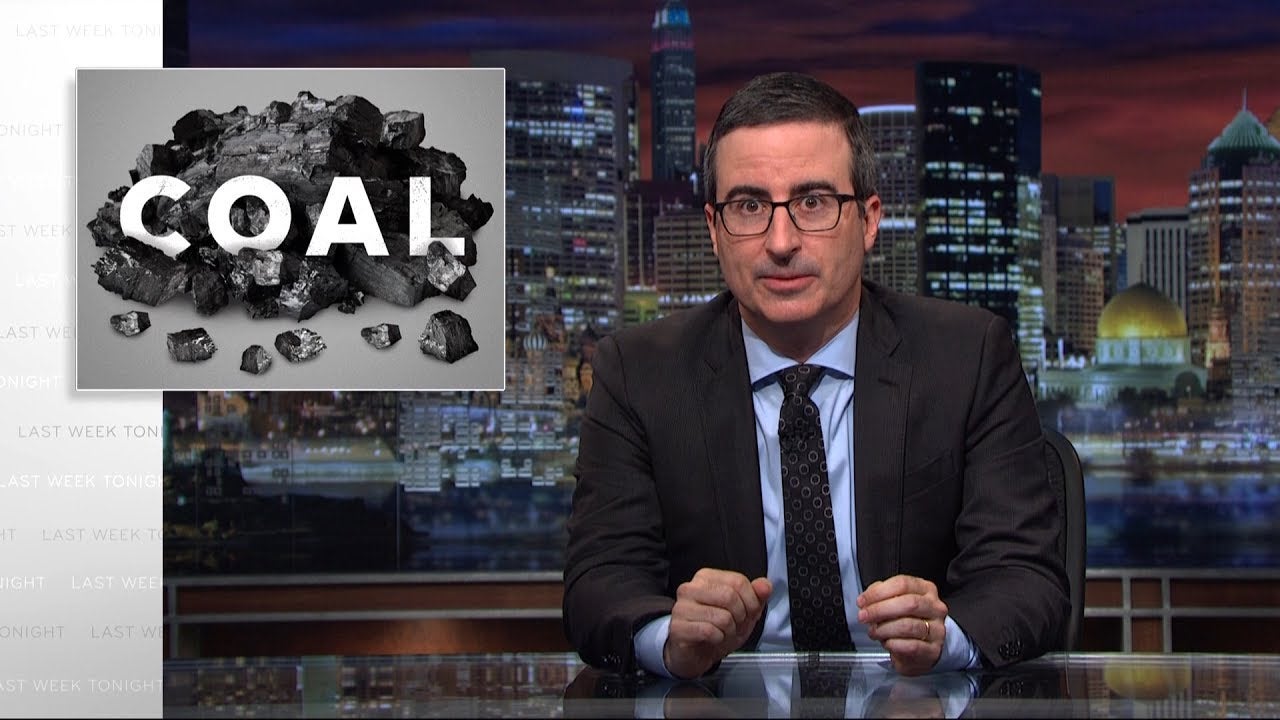 “Coal, basically cocaine for Thomas the Tank Engine,” is how John Oliver began his 24-minute rant about President Trump’s love affair with coal on his Last Week Tonight Sunday evening.

Oliver goes back to when Trump was working to win the coal miner vote during the election and shows a clip of the presidential candidate pretending to dig for coal during a rally in Charleston, West Virginia.

“Okay, okay, let me stop you right there,” Oliver said as Trump was looking quite ridiculous. “It is not easy watching someone I doubt has done a day of hard labor in his life, show how he thinks coal mining works. It’s like watching a four-year-old play store. Oh, that’s right, you just hand them your ducky and you get cookies.”

Oliver then dives deep on Trump’s promise to bring back coal jobs. He shows a clip of U.S. Environmental Protection Agency Administrator Scott Pruitt touting that “since fourth quarter of last year to most recently added almost 50,000 jobs in the coal sector. In the month of May alone, almost 7,000 jobs.”

“The only problem there is that those numbers are bullshit,” Oliver spouted.

Watch above as Oliver give the real facts on recent coal jobs.