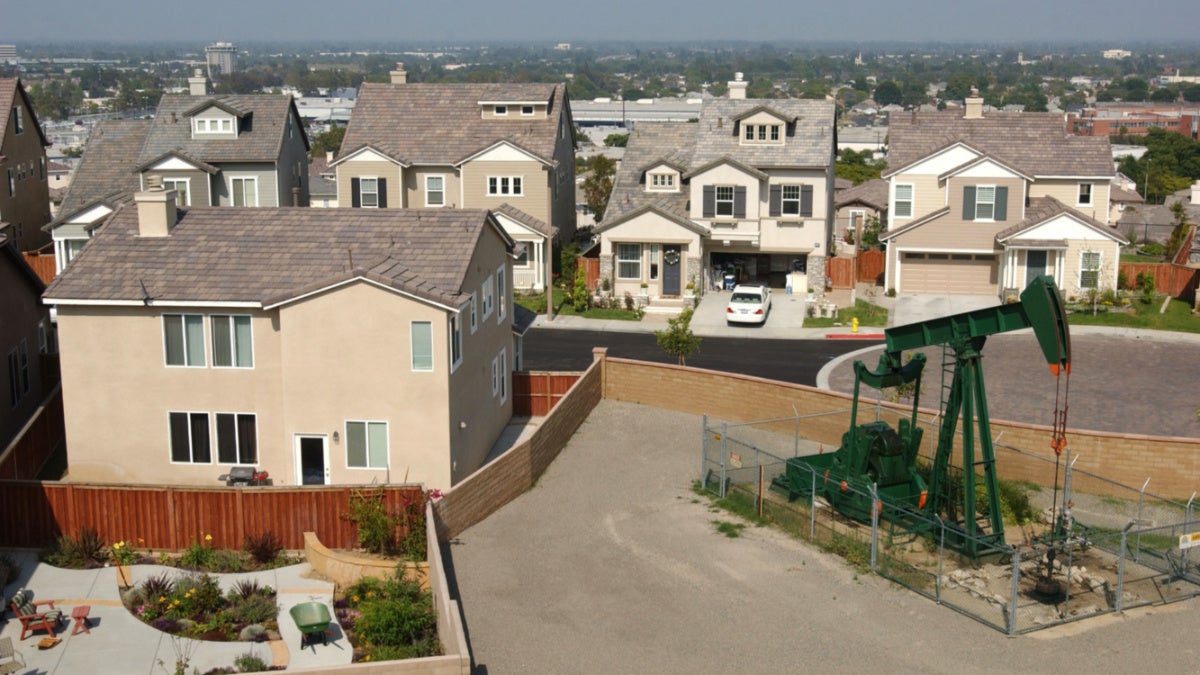 An oil well pumps in Long Beach, California. Proximity to a well and the level of production were found to be significantly associated with poor birth outcomes. David McNew / Getty Images

Living near active oil and gas wells during pregnancy increases the risk of low-birthweight babies, especially in rural areas, according to the largest study of its kind.

Researchers analyzed the records of nearly 3 million births in California to women living within 6.2 miles (10km) of at least one oil or gas well between 2006 and 2015. It is the first such study to look at birth outcomes in rural and urban areas, and to women living near active and inactive oil and gas sites.

Proximity to a well and the level of production were found to be significantly associated with poor birth outcomes.

Even among full-term births, babies born to mothers living close to wells were on average 1.3 ounces (36 grams) smaller than those of their counterparts.

Newborns are deemed to have low birthweight when they weigh less than 5lb and 8oz. It can lead to multiple short-term development issues as small babies often struggle to eat, gain weight and fight infections. Studies also suggest small- and low-birthweight babies are more likely to have medical conditions such as diabetes, hypertension, heart disease and intellectual and developmental disabilities in later life.

About one in 12 babies in the US have a low birthweight.

The study found a link between oil and gas wells and small babies born in urban areas, but it was significantly less marked than in rural communities. Differences in air quality, maternal occupation and housing conditions may have contributed to the urban-rural divide.

The findings, published in the journal Environmental Health Perspectives, add to a growing body of evidence linking proximity to oil and gas wells to a variety of adverse birth outcomes, including premature birth, heart defects and low birthweight.

Nationwide, oil and gas production has risen significantly in recent years thanks to the expansion of non-conventional, hyper-polluting extraction techniques such as fracking. In 2011, during Barack Obama’s first term in office, the US surpassed Russia as the world’s largest natural gas producer, and in early 2018 it overtook Saudi Arabia as the leading producer of crude oil, according to the Energy Information Administration (EIA).

Active and inactive oil and gas sites create myriad environmental hazards including air and water pollutants, noise and excessive lighting, which have all been linked with poor health outcomes.

“Results from health studies such as ours support recent efforts to increase buffers between active [oil and gas] well activities and where people live, go to school and play,” said Rachel Morello-Frosch, a professor of public health and of environmental science, policy and management at the University of California, Berkeley, and senior author of the paper.

“This scientific evidence of adverse health effects facing vulnerable populations, including pregnant women, should be taken into account as Californians debate the extent to which we want to expand oil and gas drilling in our state.”

Four of America’s 10 largest oil fields are in California. However, oil production in California has declined over the past three decades, and generally the state has older, more conventional oil and gas sites than other parts of the US, and a larger number of inactive sites.

But many of the sites in California also use newer techniques such as fracking and steam and water injection to access hard-to-reach oil reserves, said the study’s co-author Kathy Tran, a graduate student in environmental health sciences at UC Berkeley.

“Because researchers don’t have direct access to the actual oil and gas sites, it’s hard to get a good estimate of what people actually experience,” said Tran. “The more in-depth exposure assessment we can get, the more we can really understand why we are seeing the [birth outcome] effects that we see.”