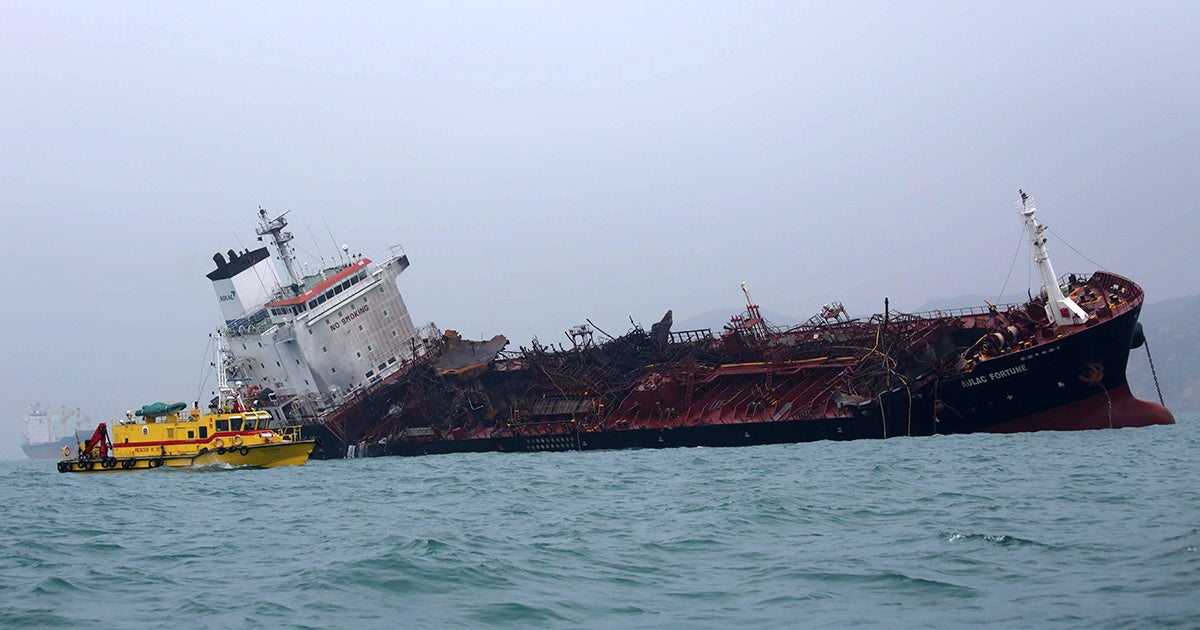 “We could see that the victim who passed away had been burned,” police representative Wong Wai-hang said in a briefing reported by The New York Times. “There were clear injuries on his head and fractures in his hands and feet.”

An additional 23 crew members were rescued from the water. Four were injured and one was being treated in intensive care.

The explosions were strong enough to be felt by residents of the nearby island, CNN reported.

“My windows shook really badly but (there) was no wind,” Lamma resident Deb Lindsay told CNN. “I thought there had been an earthquake!”

Hong Kong’s Environmental Protection Department told CNN that cleaning vessels had been immediately placed on standby but that no oil spill had yet been detected. Some liquid was seen spilling from the boat, but it was unclear if it was oil or water from firefighting, and there was no oil residue on the water around the vessel.

The boat had been refueling in Hong Kong on its way to Thailand from the southern Chinese city of Dongguan, The New York Times reported.

The Fire Services Department’s division commander of marine and diving Yiu Men-yeung told The South China Morning Post that the boat was tilted 30 degrees as of Tuesday evening but was at no risk of sinking.

However, officials said the boat was too hot to tow away immediately, or to board to discover the cause of the fire, and would need several days to cool down.

One fire department insider with 30 years of experienced explained to the South China Morning Post that fighting fires on oil tankers was especially challenging:

“Depending on the situation, the two major fireboats spray foam to coat the tanker and suppress combustion. Other fireboats use water jets to cool the vessel,” the insider said, on condition of anonymity.

“It has taken [firefighters overseas] several days or even a few weeks to extinguish oil tanker fires in worst-case scenarios. It is definitely not easy.”

The insider also added that rescue operations were difficult because the heat of the vessels made boarding perilous. Further, the fact that oil leaks could cause fires to break out on the water itself make rescue diving too dangerous.