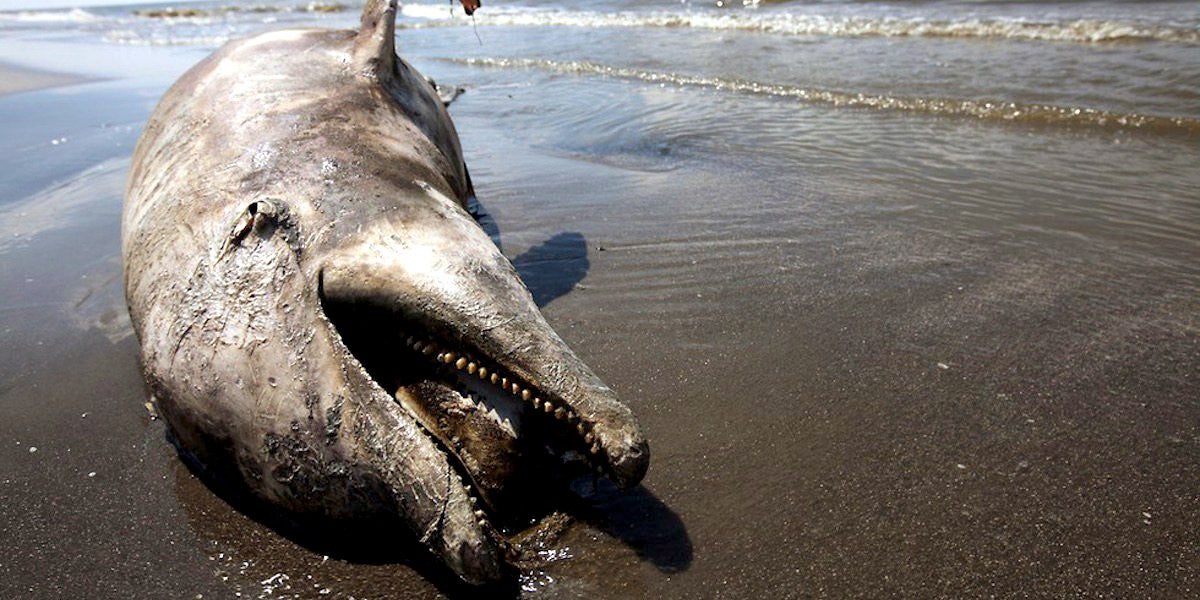 From dead fish to beaches covered in sludge, the immediate damage from an oil spill is easy to see.

But a new study, published this week in the journal Archives of Environmental Contamination and Toxicology (AECT), found that the damage caused by these spills are much wider in scope and can indirectly disrupt the entire aquatic food web.

The 2010 Deepwater Horizon oil spill, which released 134 million gallons of oil into the Gulf of Mexico, killed thousands of marine mammals and contaminated their habitats.

But researchers in the AECT study found that the mass mortalities also led to a dramatic spike in forage fish populations such as menhaden in the years after the blowout.

Menhaden are tiny fish that are prey to a wide range of marine predators such as larger fish, birds and cetaceans such as fin whales and dolphins. With many of their predators gone, these tiny fish were able to quickly multiply.

According to the study, “these releases from predation led to an increase of Gulf menhaden biomass in 2011 to 2.4 million t, or more than twice the average biomass of 1.1 million t for the decade prior to 2010.”

“Our discovery suggests that the structure of food webs change after an oil spill, which may be much more damaging to fish and other aquatic fauna than the direct impacts of the spilled oil itself,” explained lead researcher Jeffrey Short.

The new analysis “underscores the need to study not just those species obviously affected, but also the entire food web, during oil spill assessments,” a press release for the study states.

“While the direct effects of oil spills on ecosystems have been well documented, this new study following the Deepwater Horizon blowout in 2011 provides the first indication that oil spills can alter the nature of entire aquatic food webs,” said Peter S. Ross, editor-in-chief of AECT.