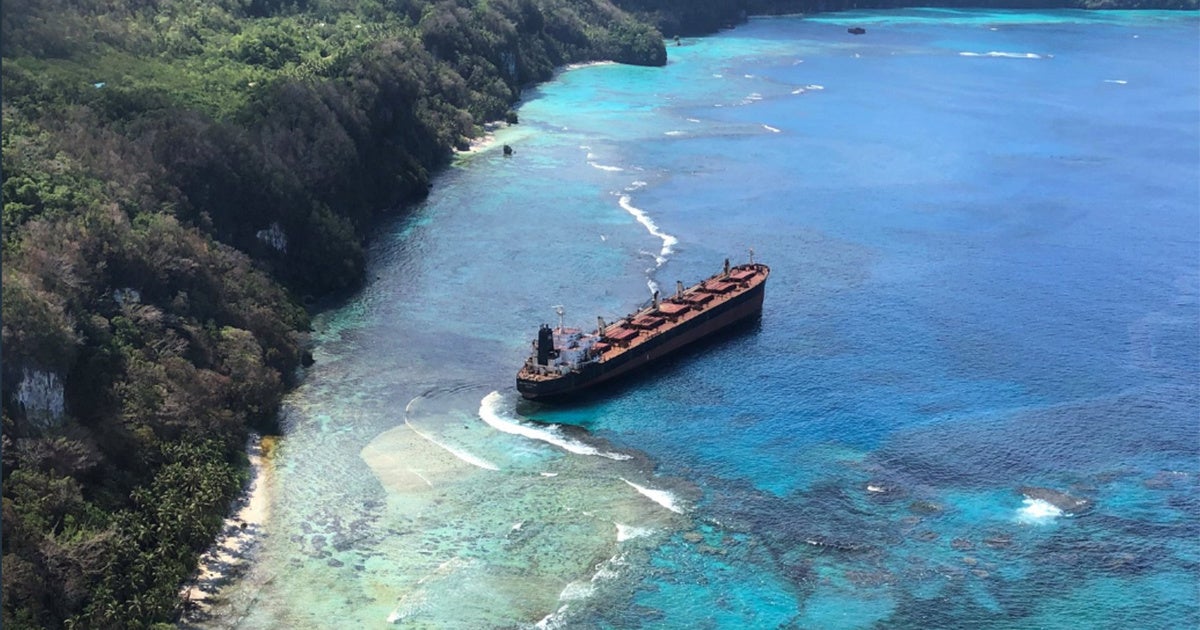 An oil spill in the Pacific Ocean’s Solomon Islands after a mining company’s cargo ship ran aground is threatening an endangered environmental gem.

“The impact of this oil spill will have a devastating effect on the surrounding environment, including potentially on a protected UNESCO World Heritage Site, as well as the livelihood of the people of Rennell,” Australia’s High Commissioner to the Solomon Islands Rod Brazier said in a statement.

The ship, which was chartered by Indonesian mining company Bintan Solomon Islands, was carrying a load of bauxite — a stone used in aluminum production — when it ran aground on Rennell Island Feb. 5. Since then, oil has slowly leaked out of the ship into the surrounding waters.

1/2
After cargo ship Solomon Trader ran aground in Rennell Island, Solomon Islands, it leaked at least 75 tonnes of fuel oil. This toxic #oilspill is
a threat to the local environment & people.
⏬#Sentinel2🇪🇺🛰️showing the evolution of this accident in the last 7 days pic.twitter.com/Egwh5UAfsg

A slow-motion environmental disaster in the Pacific: a ship grounded on Feb 5 has leaked more than 80 tons of oil into the sea next to a UNESCO World Heritage site in the Solomon Islands. More than 660 tons of oil remain aboard https://t.co/pRULzIjOGN via @AP's @nickgbperry pic.twitter.com/pclGLyWlb9

The disaster is unfolding next to the southern third of the island, known as East Rennell Island, which makes up the United Nations Educational Scientific and Cultural Organization (UNESCO) World Heritage Site.

“East Rennell was inscribed on the World Heritage List in 1998 and is the largest raised coral atoll in the world,” UNESCO said in a Feb. 20 statement on the spill.

Bintan has abdicated any legal responsibility for the spill, claiming that it was only the chartering company and thus had no liability for the crash. The ship’s operator, King Trader Ltd., sent a team to salvage the ship, according to the Associated Press.

Yet Bintan has continued loading operations in the bay where the ship ran aground, stirring up the oil and making the problem worse, The Guardian reported.

“Bauxite extraction and loading is continuing in the bay,” a source in the islands told the paper. “That is further churning up the oil.”

New Zealand and Australia sent teams to help with the cleanup and salvage operations. Press reports said that 75 tons of fuel have spilled into the ocean already while 600 tons of oil remain on board.

The Guardian’s source in the Solomon Islands, however, said those efforts were, at best, overstated.

“All of the evidence indicates very little prospect of imminent action that would involve getting the oil off the vessel and preventing the ongoing spill,” said the source.

AP reporting concurred with that assessment.

Footage taken this week shows little progress has been made in stopping the Solomon Trader ship from leaking oil since it ran aground Feb. 5, according to the Australian High Commission in the Solomon Islands.

Greenpeace Australia Pacific, in a tweet calling the spill “outrageous,” said that the “direct threat” to the island and the 2,000 people living there required “immediate action, compensation [and] remediation.”

Toxic #oilspill onto world heritage reef in the Solomon Islands. A direct threat to the health & livelihoods of the people of Rennell Island.