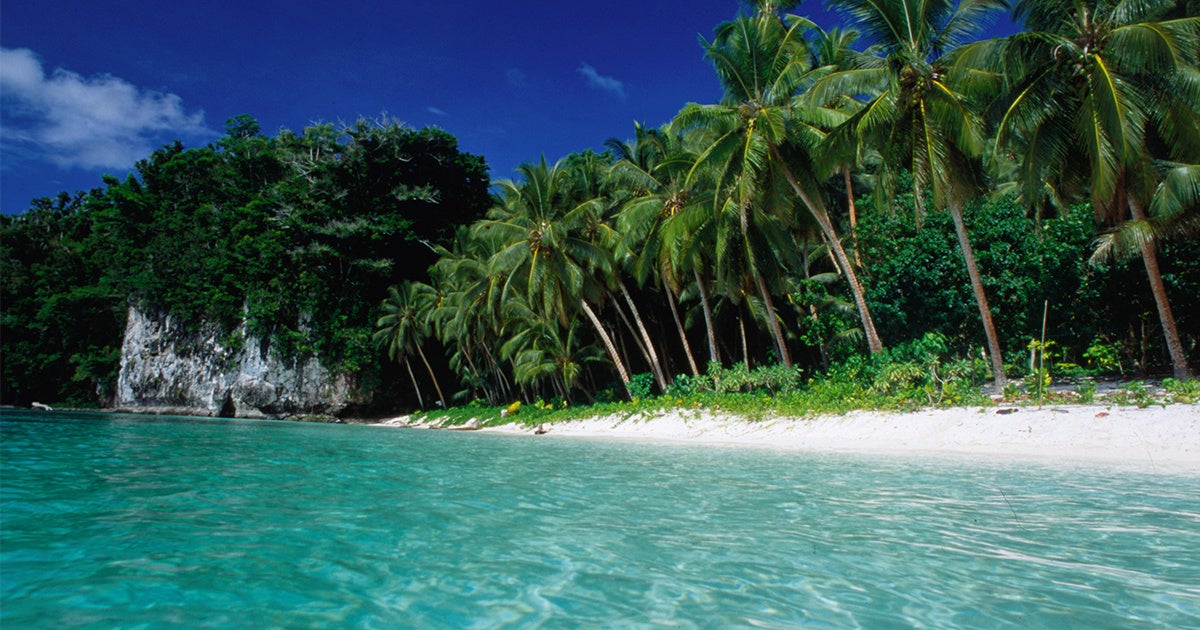 Kanggava Bay on Rennell Island, where a grounded ship is leaking oil, according to some reports. Peter Hendrie / Getty Images

A ship that ran aground in the Solomon islands Feb. 4 is now menacing a coral reef with an oil spill, The Guardian reported Tuesday.

The 740 foot MV Solomon Trader was stranded on a reef near Rennell Island, home to the largest raised coral atoll in the world and a United Nations Educational, Scientific and Cultural Organization (UNESCO) World Heritage site, AFP reported. The bulk carrier has not been salvaged in the two weeks since it was stranded because of Cyclone Oma, Solomon Islands National Disaster Management Office (NDMO) director Loti Yates told Radio New Zealand early Monday morning.

“The boat is still on the reef and that water is coming into the engine room, which means that the hull of the ship has been breached,” he said.

Yates told Radio New Zealand there was “no sign of oil spillage,” but The Guardian report, published in the evening New Zealand time, contradicted Yates’ assurances:

“Situational reports seen by the Guardian say ‘heavy fuel oil/black oil could be smelt from 800 metres’ from the vessel.

The report said the vessel could not proceed anywhere under its own power and would have to be towed.

‘Indications are that the oil leak gets worse at low tide. At low tide the oil is going directly onto the exposed reef.'”

The Guardian further reported that the prime minister of the Solomon Islands had already asked for help from Australia to clean the spill.

The East Rennell World Heritage site is already under threat from logging and overfishing, according to UNESCO. It was added to its list of World Heritage in Danger in 2013.

The Rennell Island site is home to Lake Tegano, the largest lake in the insular Pacific. It also boasts several endemic species including a sea snake, four species of land birds, nine subspecies of water birds, seven species of land snails and one bat species, according to UNESCO.

About 1,200 people of Polynesian descent also live within the site. They live from subsistence gardening, hunting and fishing, and some of their food crops are threatened by rising lake levels due to climate change.