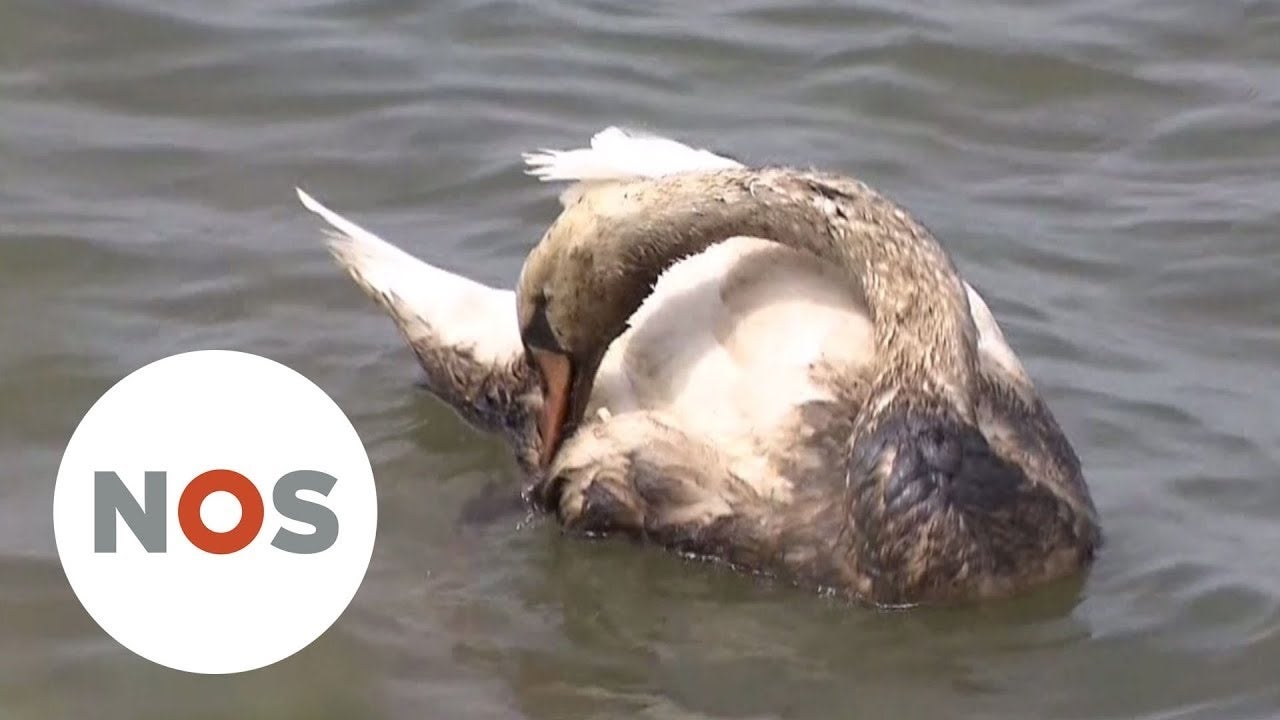 Environmental groups and volunteers are working to save about 1,000 oil-covered birds after a freighter spilled heavy fuel oil into a Rotterdam harbor on Saturday, the Netherlands’ Sea Creatures Rescue Team estimated to
Reuters.

Odfjell, the owner of the freighter Bow Jubail,
said the vessel crashed into a jetty while mooring and accidentally ruptured its hull, releasing 217 tons of heavy fuel oil into the water.

Swans, gulls, geese and cormorants were contaminated by the oil, according to
BBC News. Emergency workers trying to rescue the animals were said to be overwhelmed by the numbers.

The slick has covered a six-mile radius in the harbor, BBC News reported, citing local media. Hundreds of birds are still thought to be in the water.

“I haven’t yet seen a swan untouched by the oil. It’s a real catastrophe,” adviser Claude Velter told Dutch TV.

About 250 oil-stained swans were taken to the animal shelter
Vogelklas Karel Schot in Rotterdam on Sunday.

“The birds are now stabilized,” the rescue center said in a
Facebook post. “In addition to food and water, they need rest. It is expected that the first birds in the next few days will be stable enough to be washed.”

“Fortunately we have not seen any dead birds yet, but I hear that possibly dead animals have been found elsewhere,” de Baerdemaker noted. “They are now extra vulnerable to infections and tomorrow we will assess which animals are strong enough to be washed.”

De Baerdemaker explained (via NL Times) that the oil can potentially leak through a swan’s plumage. “This causes them to get wet and hypothermic and they lose energy. Then they can’t collect enough food.”

Other animal rescues in The Hague and Hook of Holland also took in affected birds, BBC News reported. But as of Monday, the large overflow of impacted animals prompted state officials to set up a emergency center in a car park in the city of Maassluis.

The Port of Rotterdam said Sunday a clean-up operation was underway.

“Experts expect that clean-up work will take days if not weeks,” the Port said.

Odfjell said it “regrets the unfortunate incident and takes this matter very seriously.” The company said the leakage was stopped, and there is no risk of further spills.

The company is also cooperating with Dutch authorities to “mitigate the consequences of the spill” and has set up an incident investigation team to identify the root causes.

Harbour master René de Vries told Dutch TV (via BBC News) he could not remember a spill on such a scale in the past decade. “Rotterdam was a clean harbor until Saturday and we want to keep it that way.”