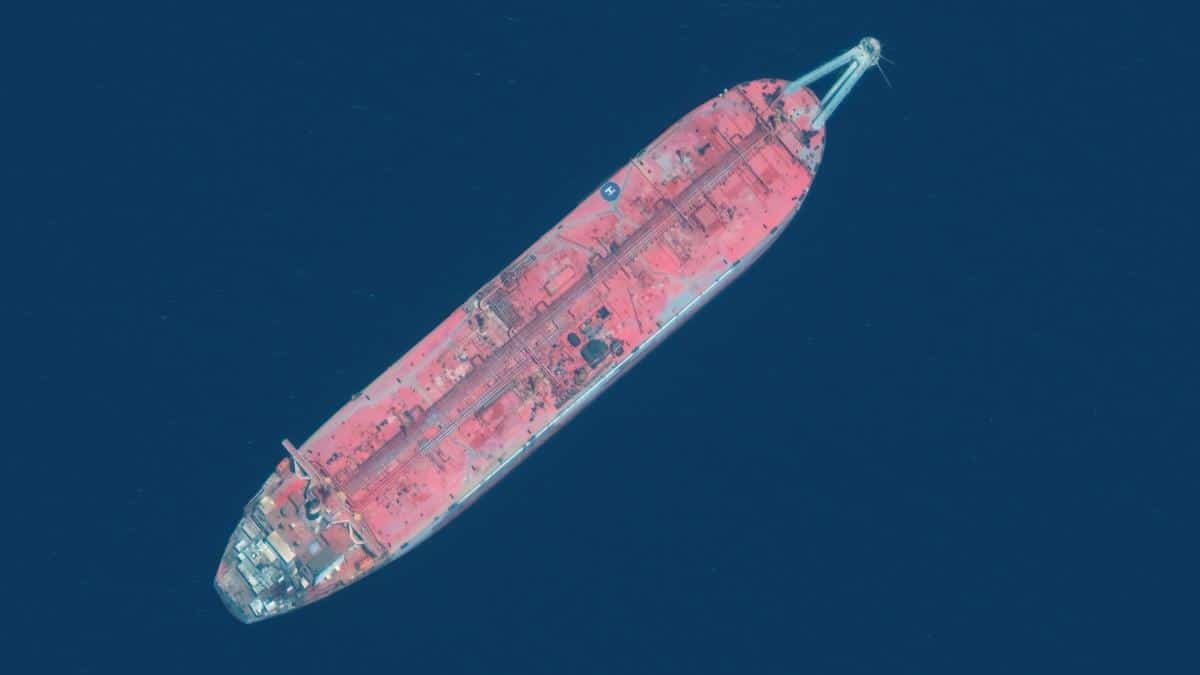 A team of scientists issued a stark warning Tuesday that the possibility of averting an oil spill bigger than the 1989 Exxon Valdez catastrophe and “disastrous environmental and humanitarian consequences” posed by an abandoned oil tanker in the Red Sea are “quickly disappearing.”

At issue is the corroding Safer, moored off the coast of Yemen and under control of Houthi rebels since 2015.

After blocking such efforts for years, Houthi authorities last month approved a United Nations plan to visit the tanker early in 2021. U.N. Environment Program executive director Inger Andersen warned in July that the vessel’s deteriorating condition and the over 1 million barrels of oil it holds threaten long-term damage to local ecosystems.

In a policy brief published in Frontiers in Marine Science, researchers said the need to pump off the oil is urgent.

“A massive leak of over 1 million barrels of oil (4 times the Exxon Valdez tanker spill) is anticipated shortly off the coast of Yemen, in the Red Sea, where the Safer floating storage and offloading unit (FSO) is in the final stages of decay.” That quantity, they continued, “guarantees a regional environmental and humanitarian disaster,” with impacts certain to affect dozens of coastal countries and the sea’s rich biodiversity, including its coral reefs.

Given the stakes, the paper called for the U.N. International Maritime Organization and U.N Secretary-General António Guterres to “take coordinated action and achieve access to the Safer by all means necessary in order to pump off the oil.”

That action must happen before winter, they added, pointing to models showing that “winter oil dispersion will extend further north and into the center of the Red Sea as compared to a spill dispersing during summer.”

“The time is now to prevent a potential devastation to the region’s waters and the livelihoods and health of millions of people living in half a dozen countries along the Red Sea’s coast,” lead author Karine Kleinhaus, MD, MPH, an associate professor of the School of Marine and Atmospheric Sciences (SoMAS) at Stony Brook University, said in a statement.

“If a spill from the Safer is allowed to occur,” she continued, “the oil would spread via ocean currents to devastate a global ocean resource, as the coral reefs of the northern Red Sea and Gulf of Aqaba are projected to be among the last reef ecosystems in the world to survive the coming decades.”