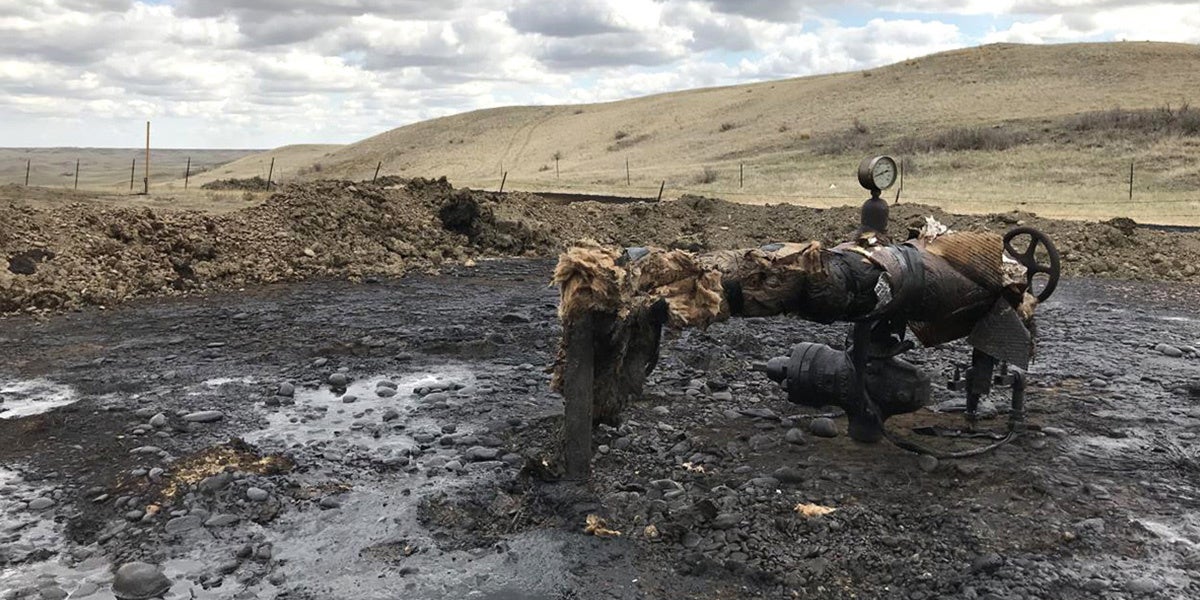 The wellhead has cracked along the length of the pipe. It's believed the crack formed in December when the well was shut in over the winter. EPA

Trucks have removed more than 1,400 tons of contaminated soil following a large
oil spill on the Fort Peck Reservation in Montana, The Billings Gazette reported.

Cleanup is still ongoing. So far, more than 50 large dump trucks full of soil have been removed with more to come, the publication noted.

An estimated 600 barrels of oil and 90,000 barrels of brine (production water) leaked from an Anadarko Minerals Inc. wellhead that was shut in and last inspected in December. It is believed that the wellhead might have frozen and cracked over the winter, leading to the spill.

The spill was discovered on April 27 by a farmer doing a flyover in the area. The exact date of the release is unclear.

The wellhead is located near Lustre, in the central region of the Fort Peck Reservation. Oil and brine from the leak traveled roughly 200 yards downhill to a stock pond used by tribal entities to water livestock. About three to six inches of oil sat on top of the water. 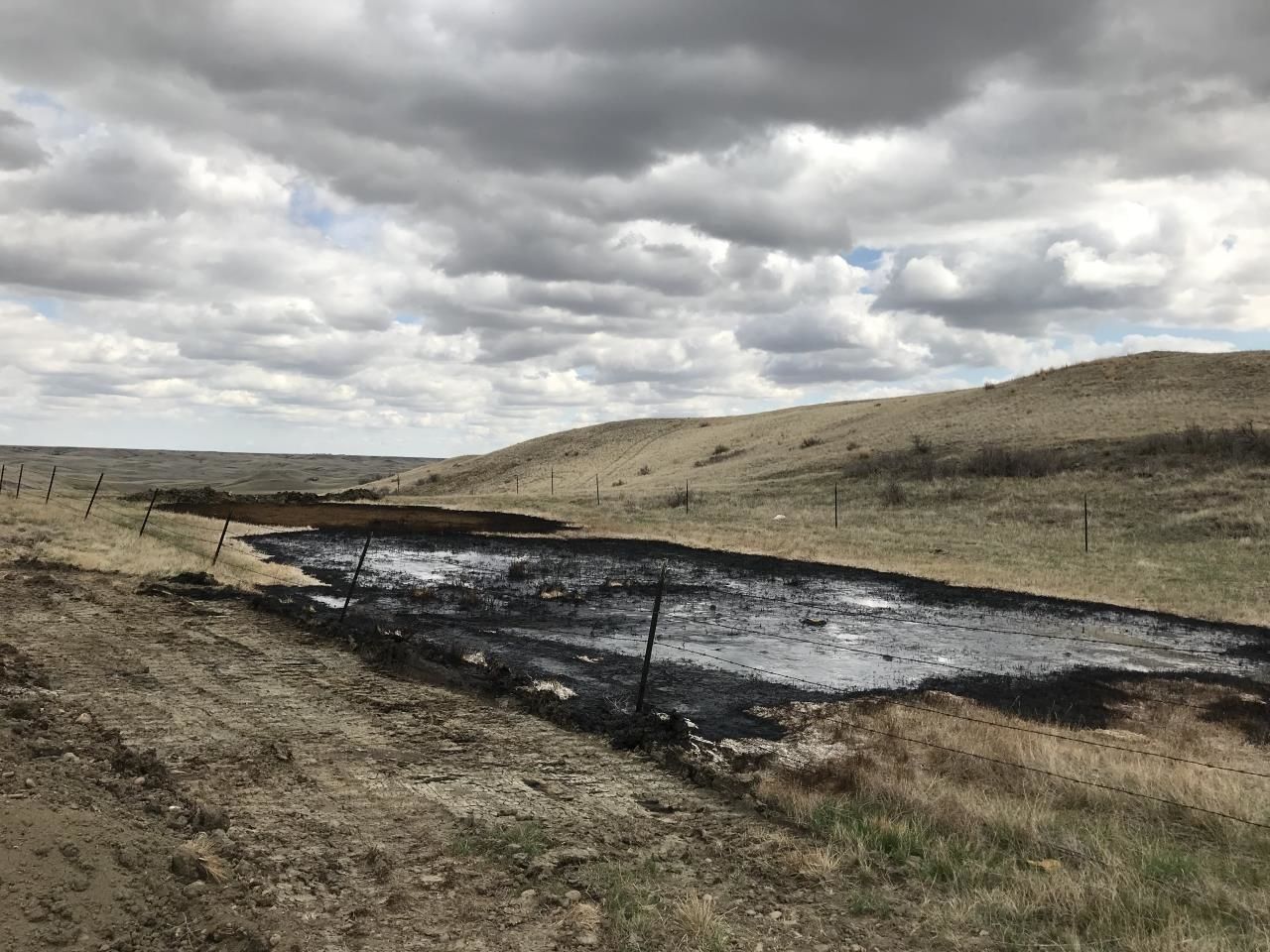 Oil pooled below the well pad in a drainage leading towards a stock dam.EPA

Fort Peck Reservation, which lies north of the Missouri River, is home to members of the Sioux and Assiniboine nations. Many members adamantly oppose the proposed Keystone XL (KXL) pipeline and its potential to endanger their water supply.

A May 2 press release from the tribes stated that the spill further reinforces tribal officials’ opposition to the KXL and pipeline development on or near the reservation.

Floyd Azure, chairman of the Fort Peck Tribes, stated the spill is further indication of the detrimental effects oil production can have on the environment and is yet another threat to the tribes’ water quality.

The U.S. Environmental Protection Agency (EPA) is overseeing cleanup operations for the reservation.

“On May 7, 2018, [Anadarko Minerals Inc.] received approval to proceed with excavation of the oil and brine contaminated soils along the drainage from the well pad to the stock pond,” the EPA said.

Crews are removing oil from the shoreline of the stock pond with high volume, low pressure flushing and raking activities, the EPA said. Flushing and oil removal activities are expected for completion by May 18.

Joyel Dhieux, federal on-scene coordinator for the EPA, told The Billings Gazette that “Anadarko Minerals is still evaluating options for the cleanup of brine in the stock pond.” The Oklahoma-based oil and gas company is required to pay for the cleanup costs.

Officials confirmed to the EPA there are no known impacts to downstream water users.

The EPA said that the flow of oil has been stopped and response teams are focused on recovering oil at the spill site.