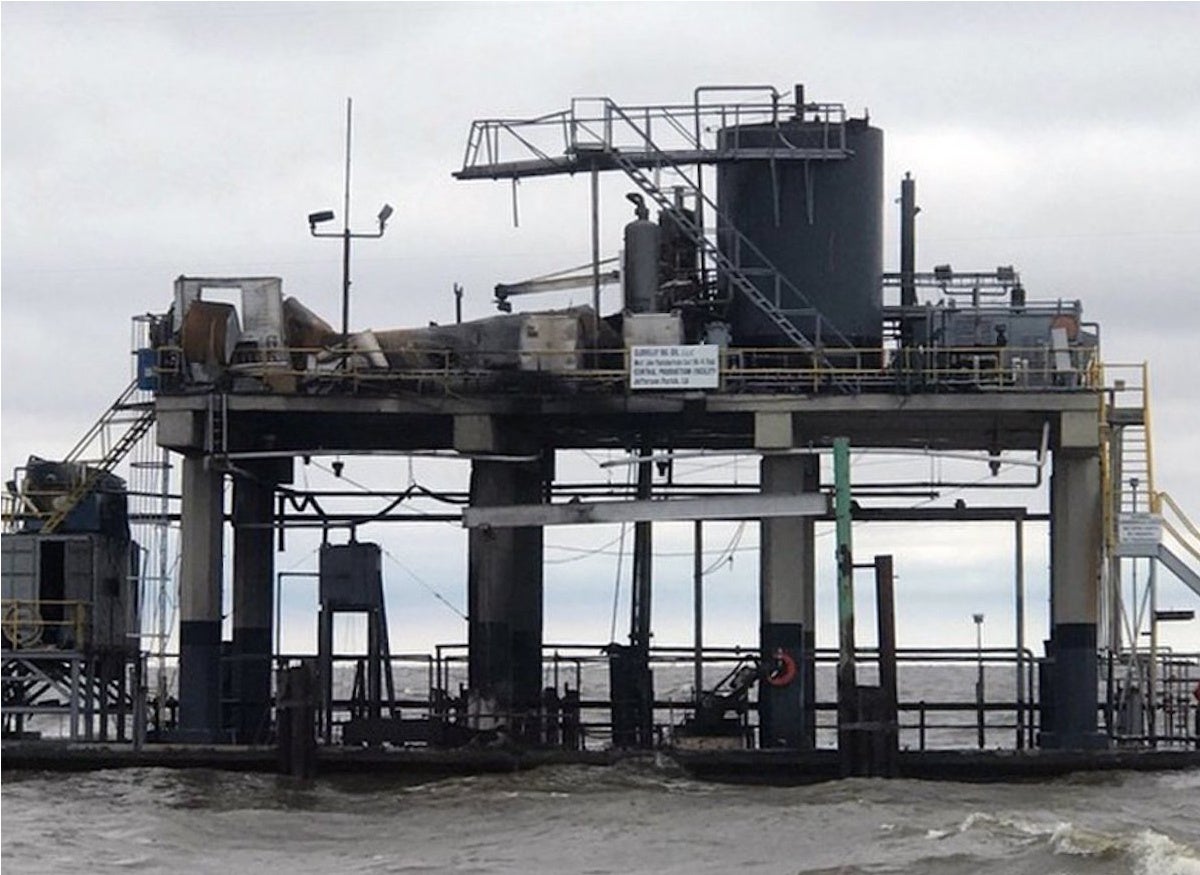 The oil and gas operator first estimated that it spewed about 340,000 gallons of oil. Now, according to a Coast Guard announcement, the company is now reporting a discharge of 672,000 gallons—about two times the initial estimate.

A report from Bloomberg earlier this week suggested that LLOG’s original discharge estimate was already the largest in the U.S. since the 2010 BP disaster which spilled about 210 million gallons of crude into familiar territory.

Nearly 400,000 Gallons of Oil Spews Into Gulf of Mexico, Could Be Largest Spill Since Deepwater Horizon https://t.co/r0wWUcZNm2 @greenpeace

The flow has since been contained and cleanup is underway, according to LLOG officials. No shoreline impacts have been reported and there are no reports of personnel injuries.

The Coast Guard said that since the pipeline is 5,000 feet underwater, the oil is likely to be “broken down into small particles and disperse(d) into deep-water currents prior to reaching the surface.”

“Multiple daily flights” over the area, along with underwater inspections, have not detected any recoverable oil, the Coast Guard added, but noted that skimming vessels from Clean Gulf Associates and the Marine Spill Response Corporation “remain on standby.”

On Monday, the U.S. Bureau of Safety and Environmental Enforcement (BSEE) Gulf of Mexico Region Director Lars Herbst initiated a five-member panel of inspectors, engineers and accident investigators into the oil release.

“BSEE places great emphasis on making certain all oil and gas operations on America’s Outer Continental Shelf are safe,” Herbst said. “This panel investigation is a critical step in ensuring BSEE determines the cause, or causes, of the incident and develops recommendations to prevent similar events from occurring in the future.”