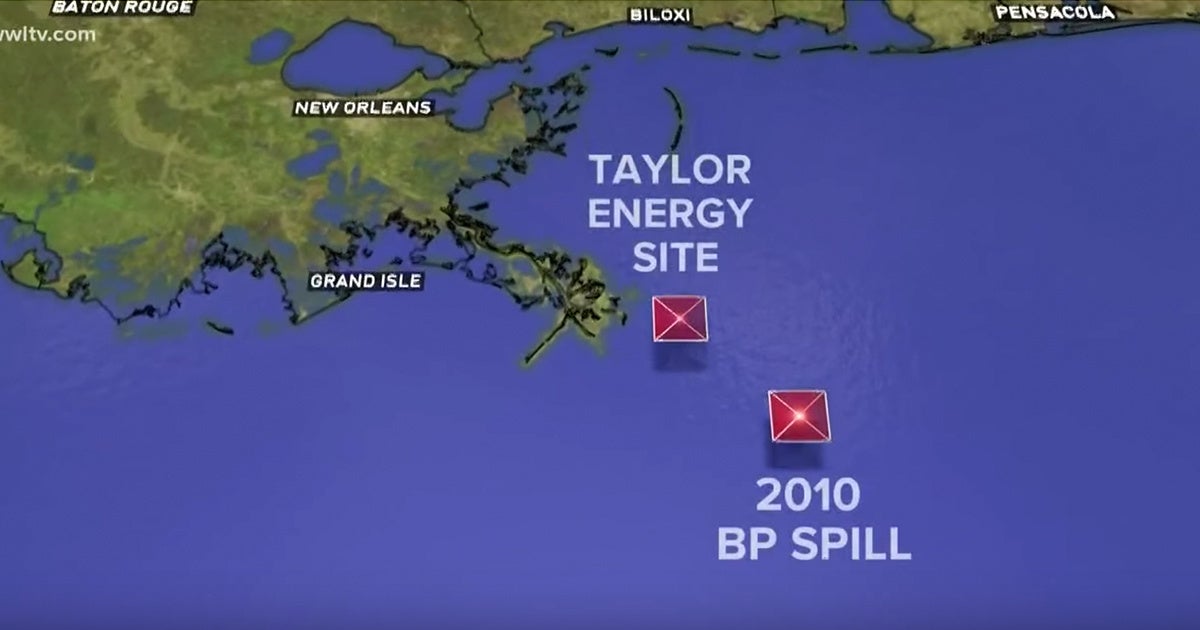 It may be a New Year, but there is an old oil spill that keeps on spilling. The trouble is that you will probably have never have heard about the spill.

But you need to know. Because, for more than 14 years, some 10,000 to 30,000 gallons of oil have leaked daily from a sunken oil rig owned by Taylor Energy into the Gulf of Mexico, about 12 miles south of the mouth of the Mississippi River.

The disaster began way back in September 2004, when the company’s oil platform, known as MC-20 Saratoga, was destroyed by Hurricane Ivan. Although the company contained some of the pollution caused by the loss of the platform, it did not stop all the leaks.

Unless the oil spill is stopped, the sunken rig could carry on leaking for 100 years, becoming America’s worst environmental disaster. Even now, if you take the high end of the leak estimate, the site may have released an estimated 150 million gallons of oil. This is silently creeping towards the estimated 200 million gallons spilled by BP during the Deepwater Horizon oil spill in 2010.

Back in November last year, the U.S. Coast Guard directed Taylor Energy to implement a new containment plan which “must eliminate the surface sheen and avoid the deficiencies associated with prior containment systems.” In theory the company could be fined $40,000 a day for failing to comply.

As you would expect, the company responsible for the spill, Taylor Energy not only disputes the figures concerning the leaks, but even whether it is to blame for the leak itself. Over the years it has tried to dismiss the leak as nothing more than a mere “trickle.” That is hardly surprising because it could cost an estimated $1 billion to fix.

The bottom line is that this a slow unseen disaster that could have been stopped years ago. As NOLA reports, some six years ago, Skytruth, an environmental group based in Shepherdstown, measured the oil sheen coming from the platform at over 20 miles long and urged the authorities to act. However, it was not until 2016 that the U.S. authorities began investigating the ongoing pollution.

Dustin Renaud, communications director for the Gulf Restoration Network told NOLA, “The time to clean this up was 14 years ago. Taylor Energy has shown nothing but negligence all this time.”

He is rightly not the only one concerned about what is going on. Writing in The Guardian at the end of last year, Janis Searles Jones, the CEO of Ocean Conservancy and Philippe Cousteau, from EarthEcho International, said the thought of the spill carrying on for decades is a “nightmare scenario that should terrify anyone who cares about the health of the wildlife and people who live along the Gulf coast.”

Taylor Energy’s tricks continue. Just before Christmas, according to NOLA, “The company filed a federal lawsuit in New Orleans asking the court to toss out a recent Coast Guard order to contain the leak.” The company said that “containing the leak is unnecessary.”

And the ongoing spill has not stopped the pro-oil Trump administration attempting to open vast amounts of offshore areas for drilling.