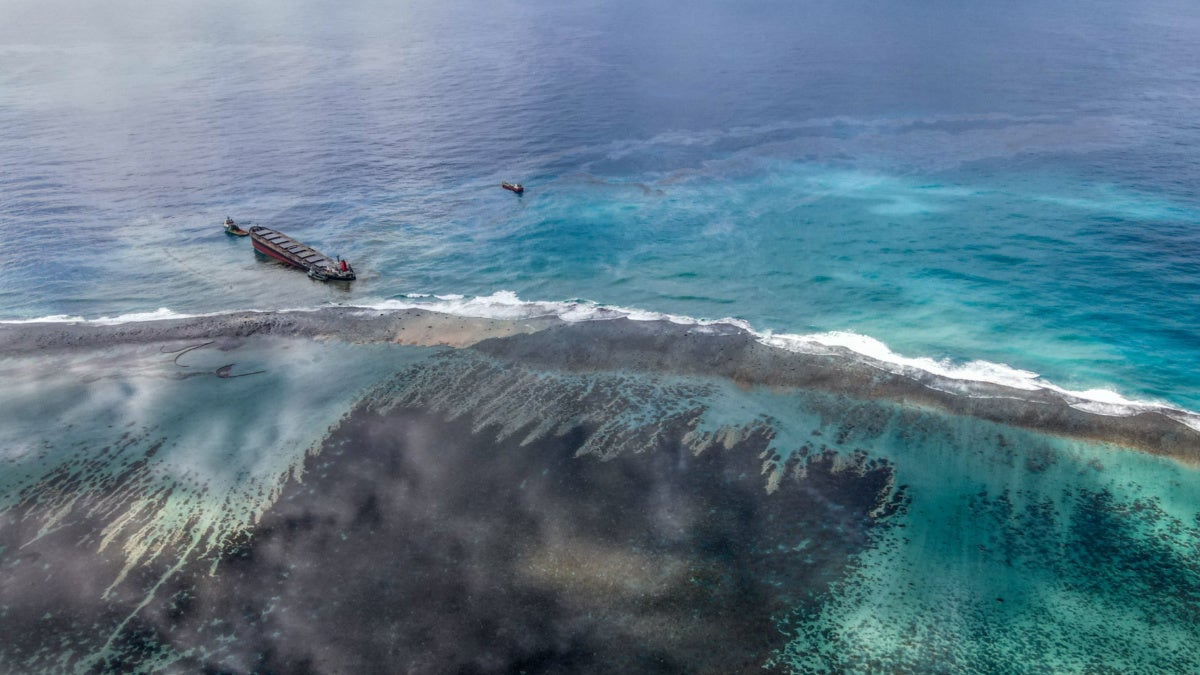 An aerial view taken on August 8, 2020 shows a large patch of leaked oil from the MV Wakashio off the coast of Mauritius. STRINGER / AFP / Getty Images

The tiny island nation of Mauritius, known for its turquoise waters, vibrant corals and diverse ecosystem, is in the midst of an environmental catastrophe after a Japanese cargo ship struck a reef off the country’s coast two weeks ago. That ship, which is still intact, has since leaked more than 1,000 metric tons of oil into the Indian Ocean. Now, a greater threat looms, as a growing crack in the ship’s hull might cause the ship to split in two and release the rest of the ship’s oil into the water, NPR reported.

“We are expecting the worst,” Mauritian Wildlife Foundation manager Jean Hugues Gardenne said on Monday, The Weather Channel reported. “The ship is showing really big, big cracks. We believe it will break into two at any time, at the maximum within two days. So much oil remains in the ship, so the disaster could become much worse. It’s important to remove as much oil as possible. Helicopters are taking out the fuel little by little, ton by ton.”

“People have realized that they need to take things into their hands. We are here to protect our fauna and flora,” environmental activist Ashok Subron said in an AFP story.