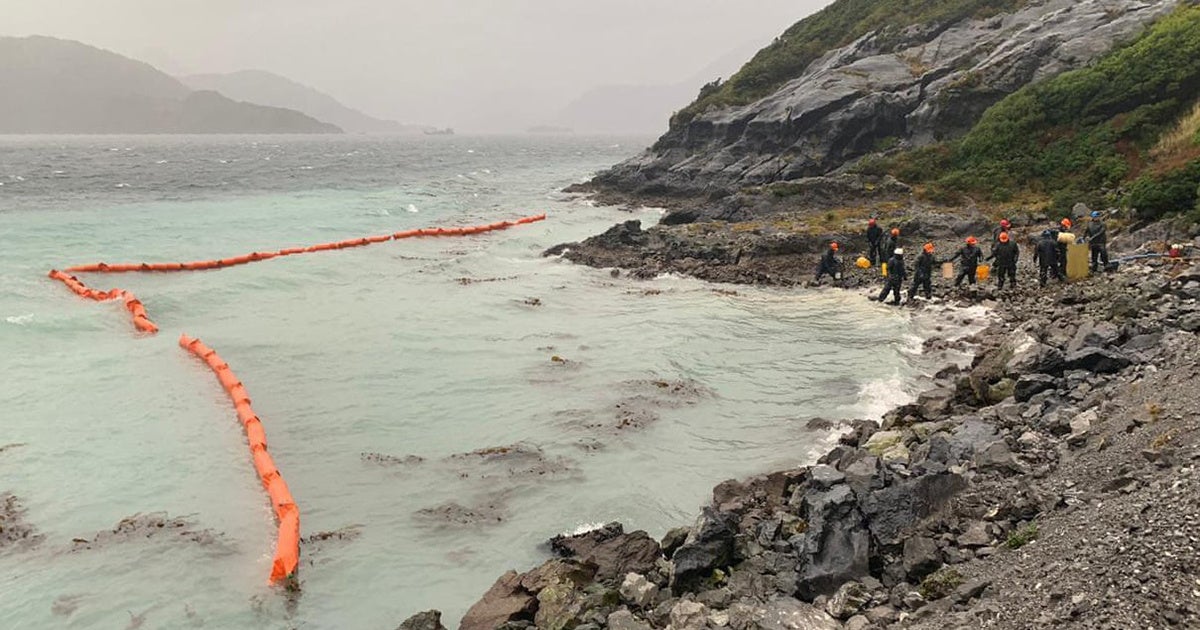 Chilean navy works to contain damage from the oil spill, on Guarello Island in Chile on July 27. Chilean Navy / Twitter

Forty-thousand liters (approximately 10,600 gallons) of diesel oil have spilled into the waters of Chile’s Patagonia, a biodiversity hotspot at the tip of South America.

The Chilean navy confirmed the oil spill Saturday after receiving a call from CAP, a mining company, informing it of a spill from its terminal on Guarello Island, The Associated Press reported.

The oil spilled from the island, where CAP mines limestone, and out into the South Pacific Ocean, Reuters reported. Oceana Chile tweeted a map showing the affected area, along with the hope that the spill would not be of unspeakable proportions.