‘You Can Smell Crude in the Air’: Oil Leaks From Train Derailment in Canada 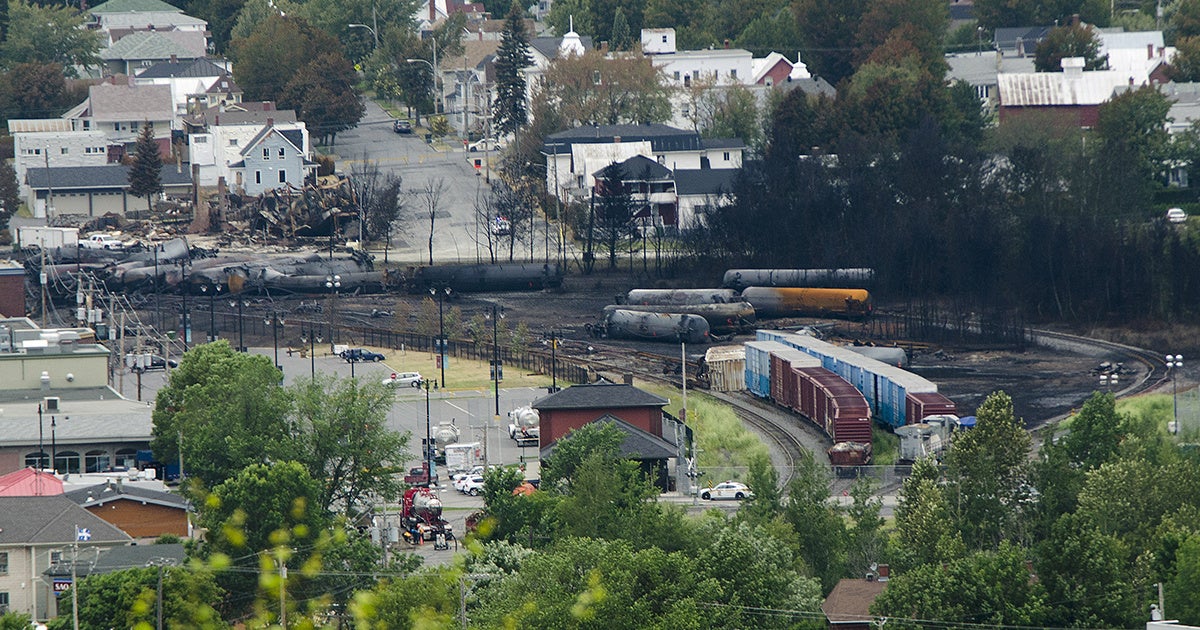 The derailment of around 37 cars and subsequent oil spill took place on the property of rancher Jayme Corr, who lives around 10 kilometers (approximately 6.2 miles) south of the town of St. Lazare, in the rural municipality of Ellice-Archie.

“You can smell crude in the air. That’s really concerning,” Corr said. “There’s oil leaking, and where they’re sitting is [near] a water lagoon,” he said.

'You can smell crude in the air': Train carrying oil derails in western Manitoba https://t.co/yuN5aWfzU5 pic.twitter.com/ONRarnheLW

Canadian National Railway (CN) began to clean the spill Saturday and said that it had been contained and that no oil had entered the nearby Assiniboine River, the Winnipeg Sun reported.

“Our environmental team is preparing clean up and remediation to protect the environment,” CN media relations director Jonathan Abecassis wrote in an email to the Winnipeg Sun. “A perimeter has been set up around the area to facilitate site access. CN crews are conducting a full site assessment to determine how much product has spilled.”

Corr told CBC News he was worried that the oil might contaminate the water source he relies on in the summer. Corr and other locals were not surprised by the derailment.

“It seems to be the trains go faster, they’re longer, heavier, and the maintenance is getting less and less,” Corr said.

Ellice-Archie Councillor Jean-Paul Chartier told CBC News he often observed trains traveling through St. Lazare and worried they would derail and cause a disaster like the one that killed 47 in Lac-Mégantic, Quebec in 2013 when a train carrying crude oil derailed and exploded.

“It’s discouraging. Like you look at it everyday and you say ‘hopefully it’s not today and hopefully it doesn’t ever happen.’ But you’ve always got it in the back of your mind,” Chartier said.

The Transportation Safety Board of Canada said it had sent investigators to the site of the derailment.

Pipeline advocates used the derailment to bolster their arguments at a rally Saturday in Moosomin, Saskatchewan.

“This does underscore the importance of the proper approval and regulatory process, so that we are actually able to ensure that we get that energy product in pipelines—not only for safety, but for economic reasons as well as environmental reasons,” Saskatchewan Premier Scott Moe said at the rally, according to The Canadian Press.

However, environmental advocates have long said that the rail or pipeline debate distracts from the question of why oil must be transported at all.

“[I]t’s not a question of trains versus pipelines, but why we need more of either option given North American oil demand is declining,” Equiterre co-founder Steven Guilbeault wrote in a 2013 opinion piece for The Globe and Mail responding to the Lac-Mégantic disaster. “Pipeline proponents are offering us a false choice. We don’t need to build more infrastructure to ship dangerous crude oil across the continent.”