Oil Remains King, But Coal and Natural Gas Use Continue to Grow 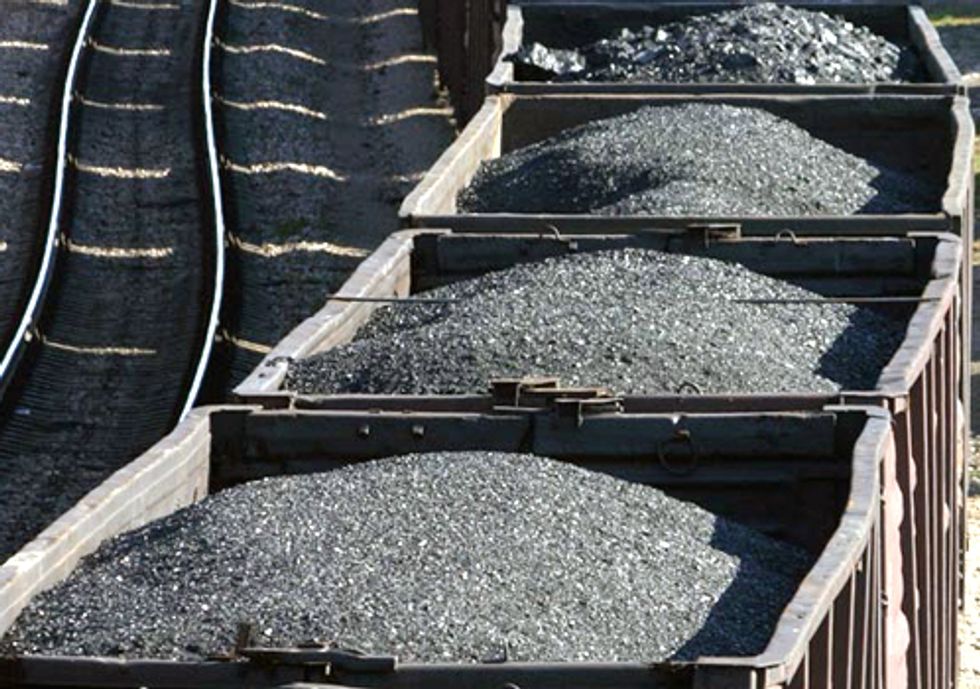 Although oil remains the world’s leading energy source, coal and natural gas continue to grow in significance, according to new research conducted by the Worldwatch Institute for its Vital Signs Online service. Global consumption of coal increased 5.4 percent in 2011, to 3.72 billion tons of oil equivalent, while natural gas use grew 2.2 percent, to 2.91 billion tons of oil equivalent. Both are primary fuels for the world’s electricity market, and because they are often used as substitutes for one other, their trends need to be examined together, write report authors Matt Lucky and Reese Rogers.

The bulk of coal use is for power generation, with smaller amounts being used in steelmaking. Spurred mainly by rising demand in China and India, coal’s share in the global primary energy mix reached 28 percent in 2011—its highest point since the International Energy Agency began keeping statistics in 1971. Although the U.S. remains one of the world’s largest coal users, just over 70 percent of global demand in 2011 was in countries outside of the Organisation for Economic Co-operation and Development (OECD), including China and India. Consumption in non-OECD countries grew 8 percent in 2011 to 2.63 billion tons of oil equivalent.

China alone accounted for nearly half of all coal use in 2011. India is the second largest contributor to rising coal demand and is the world’s third largest coal consumer, after surpassing the European Union in 2009. The U.S. remains the second largest coal user, even though U.S. demand decreased by around 5 percent in 2011 and continued to fall in 2012 due to the shale gas boom and the abundance of cheap natural gas. Even with declining demand, the U.S. still accounts for 45 percent of coal demand within the OECD.

Coal production, like consumption, is concentrated mainly in China. But the U.S. holds the largest proved coal reserves, with 28 percent of the global total, followed by Russia at 18 percent, China at 13 percent, Australia at 9 percent, and India at 7 percent. Together, these five countries accounted for three-quarters of proved coal reserves as well as three-quarters of global coal production in 2011.

In the case of natural gas, global consumption grew at a slower rate than coal—2.2 percent—to reach 2.91 billion tons of oil equivalent in 2011. Usage grew in all regions except the European Union, which experienced a 9.9 percent decline in natural gas consumption—the largest on record and due mainly to a struggling economy and high natural gas prices.

Natural gas accounted for nearly 23.7 percent of global primary energy consumption in 2011, down slightly from 23.8 percent in 2010. Consumption increased most significantly in East Asia, led by China (21.5 percent) and Japan (11.6 percent).

Natural gas production increased at a higher rate than consumption—3.1 percent—reaching 2.96 billion tons of oil equivalent in 2011. The U.S. and Russia accounted for nearly 40 percent of the world’s output in 2011, contributing 20 percent and 18.5 percent, respectively, followed by Canada, Iran, and Qatar at 4–5 percent each.

Continued strong growth in the global coal and natural gas sectors depends on numerous factors. Demand for coal could stagnate with the introduction of new technologies in the power sector, or with the adoption of policies to reduce the environmental and health impacts of coal combustion. Increasing global concern about greenhouse gas emissions and climate change could lead to a greater transition from coal to natural gas. Other factors that could change the equation include rising environmental and other concerns about hydraulic fracturing (or “fracking”) and the possibility that cheap natural gas might undermine growth in renewable energy.