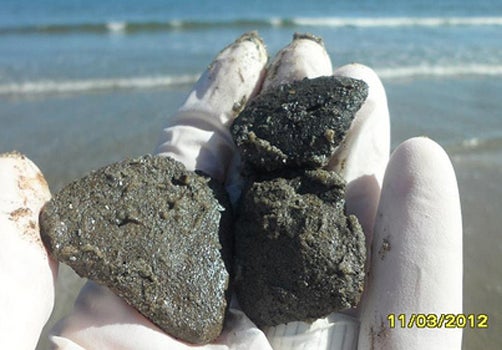 An oil platform explosion and fire yesterday near the site of the nation’s greatest offshore oil spill in history—BP’s Deepwater Horizon—sent shivers up the spines of many Gulf residents as the U.S. Coast Guard reported that 11 crewmembers were flown to area hospitals and two crewmembers were still missing as of Friday evening. News reports said four workers were critically injured with burns.

A Coast Guard spokesman said the oil and gas platform was 20 miles southeast of Grand Isle, LA, and was owned by Black Elk Energy, a fast-growing oil and gas drilling operation based in Houston. News reports stated the oil platform was not actively producing oil and that a welder involved in a maintenance operation may have caused the accident. Although there were reports of an oil sheen near the platform, there were no reports of a major oil leak.

“Though the BP criminal case is settled, today’s accident makes clear that the hazards of oil and gas drilling are not in America’s rear view.  It is a sad reminder that offshore drilling is an inherently dangerous business. Workers and communities are put in harm’s way every day and will continue to be as long as we prioritize this risky energy development. Our leaders must keep that squarely in mind when considering where and how to allow further drilling along our coasts and in our communities.”

Many people in the Gulf are still recovering from the BP oil disaster that residents say continues to impact their fisheries and beaches more than two years later. Grand Isle mayor David Camardelle, whose community has been one of the hardest hit by the oil disaster, said he was saddened to learn of the latest offshore oil rig fire and injuries to workers. “It’s a tragic accident and my sympathies go out to the families of the workers who were impacted. But thankfully it appears this is not another BP disaster.” 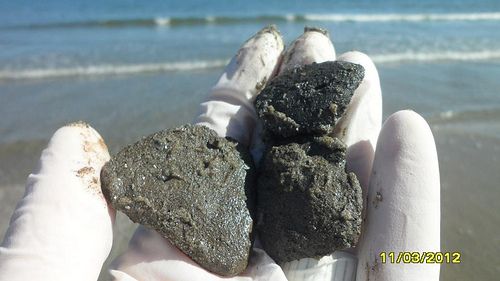 Camardelle said his community still has oil and tar balls on its beaches after storms, especially after Hurricane Isaac hit their area last August. And he said many fishermen are suffering from reduced catches and have not been adequately compensated by BP for their losses. “We feel like we’re forgotten sometimes,” he said. “We can put robots on Mars, but we can’t tell how much BP oil is still out in the Gulf. Something’s wrong with that.”

Kindra Arnesen, wife of a fisherman in Buras, LA, said she too was saddened by the accident, which she says hits close to home since so many of her friends and neighbors work in the oil industry. “My heart goes out to those families,” she said. “This may have been a fluke accident, but it makes me wonder, what really has changed in the oil industry since the BP explosion? We’re still using the same blowout preventers, so it seems like we should be doing something better.”

That point was made in a blog this summer by NRDC’s David Pettit, part of a coalition of conservation groups that filed a lawsuit to push for greater drilling safety in the Gulf. He reminded people that many questions raised by the presidential commission still remain unanswered:

Their investigation uncovered serious flaws in oil industry and regulatory practices. These accidents-waiting-to-happen remain unaddressed, with the Gulf’s battered ecosystems and vital billion-dollar tourism and fisheries hanging in the balance. If drilling is to continue, more must be done to improve drilling safety and safeguard our natural resources. The largest oil spill in America’s history should have been a wakeup call. If we refuse to learn from that mistake, it will become a recurring nightmare instead.

That’s a nightmare no one wants to live through again.