In July, a pipeline leak near Maidstone, Saskatchewan, spilled about 250,000 liters of diluted oil sands bitumen into the North Saskatchewan River, killing wildlife and compromising drinking water for nearby communities, including Prince Albert. It was one of 11 spills in the province over the previous year.

In October, a tugboat pulling an empty fuel barge ran aground near Bella Bella on the Great Bear Rainforest coastline, spilling diesel into the water. Stormy weather caused some of the containment booms to break. Shellfish operations and clam beds were put at risk and wildlife contaminated. 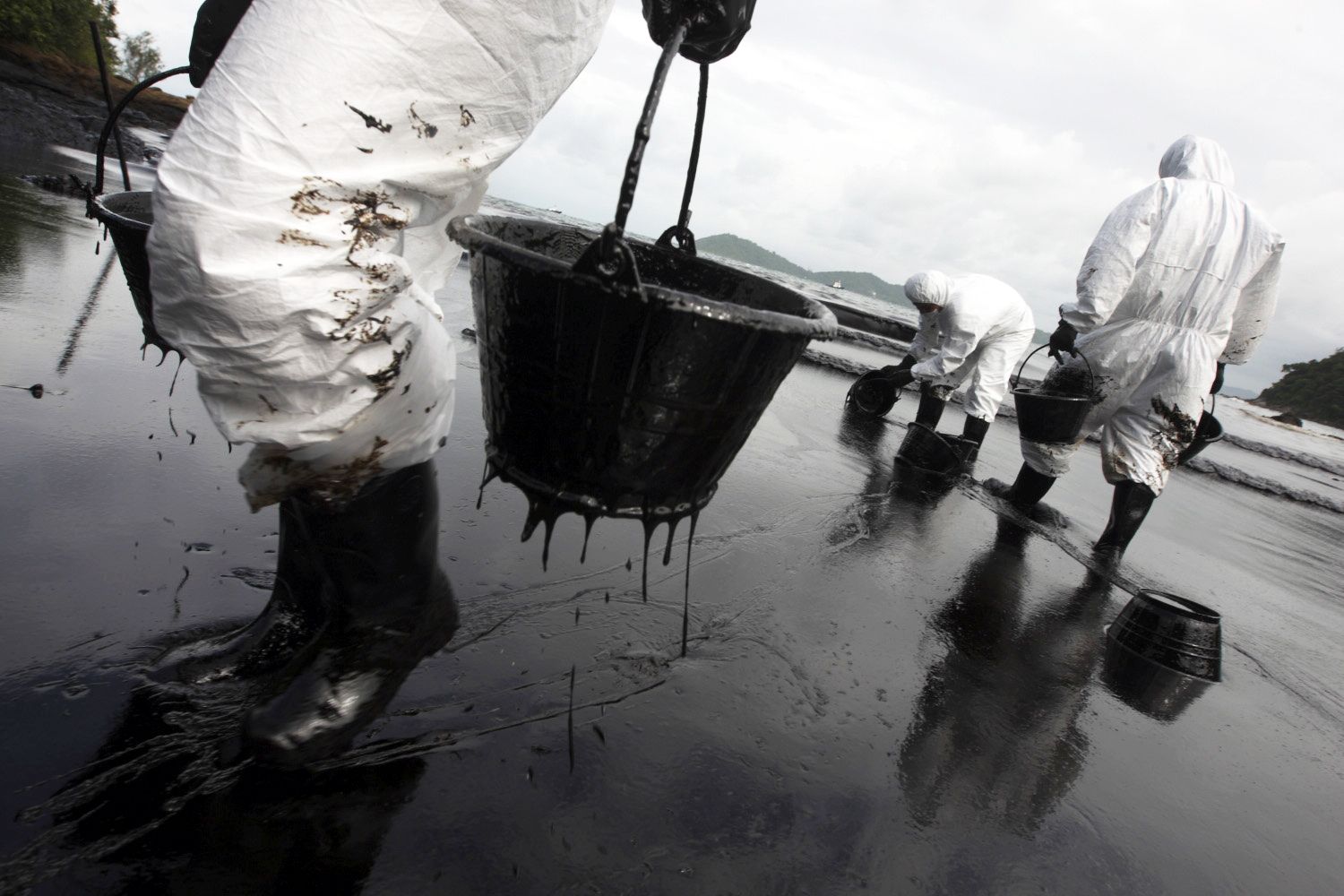 Governments and industry promoting fossil fuel infrastructure often talk about “world class” spill response. It’s one of the conditions BC’s government has imposed for approval of new oil pipelines. But we’re either not there or the term has little meaning. “This ‘world-class marine response’ did not happen here in Bella Bella,” Heiltsuk Chief Councillor Marilyn Slett told Metro News.

If authorities have this much trouble responding to a relatively minor spill from a tugboat, how can they expect to adequately deal with a spill from a pipeline or a tanker full of diluted bitumen? The simple and disturbing truth is that it’s impossible to adequately clean up a large oil spill. A 2015 report commissioned by the City of Vancouver and the Tsleil-Waututh and Tsawout First Nations concluded that “collecting and removing oil from the sea surface is a challenging, time-sensitive and often ineffective process, even under the most favorable conditions.”

What the oil and gas industry touts as “world class spill response” boils down to four methods: booms, skimmers, burning and chemical dispersants. An article at Smithsonian.com notes, “For small spills these technologies can sometimes make a difference, but only in sheltered waters. None has ever been effective in containing large spills.” Booms don’t work well in rough or icy waters, as was clear at the Bella Bella spill; skimmers merely clean the surface and often not effectively; burning causes pollution and greenhouse gas emissions; and dispersants just spread contaminants around, when they work at all.

Researchers have also found that cleaning oil-soaked birds rarely if ever increases their chances of survival. A tiny spot of oil can kill a seabird.

After the 1989 Exxon Valdez spill off the Alaska coast, industry only recovered about 14 percent of the oil—which is about average—at a cost of $2 billion. The 2011 BP oil spill in the Gulf of Mexico has cost more than $42 billion so far and has not been overly effective. In that case, industry bombed the area with the dispersant Corexit, which killed bacteria that eat oil! Record numbers of bottlenose dolphins died.

We’re not going to stop transporting oil and gas overnight, so improving responses to spills on water and land is absolutely necessary. And increasing the safety of pipelines, tankers and trains that carry these dangerous products is also critical, as is stepping up monitoring and enforcement. With the Saskatchewan spill, the provincial government deemed an environmental assessment of a pipeline expansion connected to the one that leaked as unnecessary because the Environment Ministry did not consider it a “development.” University of Regina geography professor Emily Eaton, who has studied oil development, told the National Observer that Saskatchewan “gives a pass” to most pipelines it regulates.

Beyond better response capability and technologies, and increased monitoring and enforcement, we have to stop shipping so much fossil fuel. The mad rush to exploit and sell as much oil, gas and coal as possible before markets dry up in the face of growing scarcity, climate change and ever-increasing and improving renewable energy options has led to a huge spike in the amount of fossil fuels shipped through pipelines, and by train and tanker—often with disastrous consequences, from the Gulf of Mexico BP spill to the tragic 2013 Lac-Mégantic railcar explosion.

Spills and disasters illustrate the immediate negative impacts of our over-reliance on fossil fuels. Climate change shows we can’t continue to burn coal, oil and gas, that we have to leave much of it in the ground. If we get on with it, we may still have time to manage the transition without catastrophic consequences. But the longer we delay, the more difficult it will become.