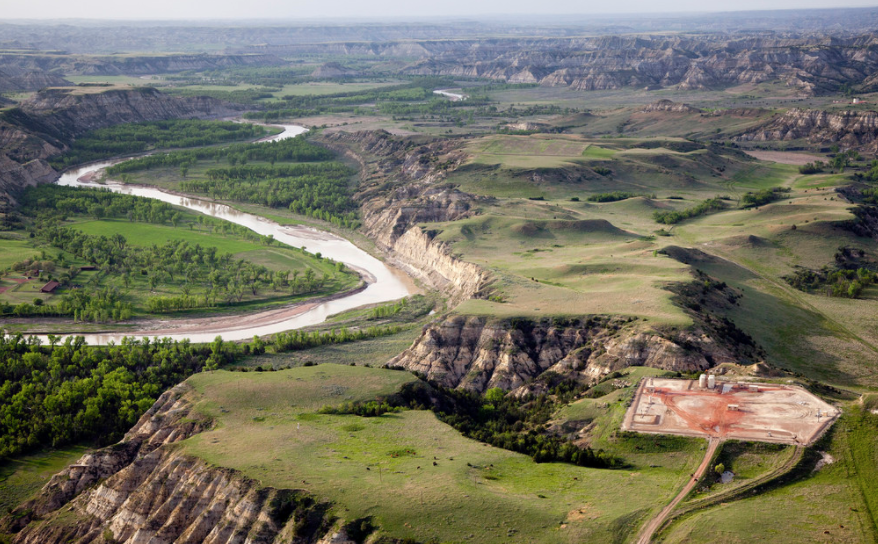 A pipeline in western North Dakota spilled an estimated 756 gallons of oil and 294 gallons of saltwater, a drilling byproduct, into a tributary of the Little Missouri River, the Associated Press reports.

The spill was discovered April 22, approximately 5 miles southwest of the city of Marmarth and was reported that same day, the North Dakota Department of Health announced. The spill originated from a buried three-inch pipeline operated by Oklahoma City-based Continental Resources.

The spill polluted a 14-mile stretch of Little Beaver Creek but did not reach the larger waterway.

“At the time of the release there was a high-enough flow in the Little Missouri that it was actually pushing water back up into Little Beaver Creek, so that prevented any from getting into the Little Missouri,” Health Department environmental scientist Bill Suess explained to the AP.

Suess said that the cause of the leak is unknown, with excavation work still underway. More than three-fourths of the discharge has been cleaned up as of Sunday.

He added that the thick consistency of the oil causes it to clump together in the water and form balls that float down the river, making it “pretty easy to collect.”

There were no immediate indications of damage to wildlife or livestock, the AP said.

In 2014, the New York Times reported on the industry’s increasing number of spills in North Dakota as a result of the area’s fracking boom:

“Over all, more than 18.4 million gallons of oils and chemicals spilled, leaked or misted into the air, soil and waters of North Dakota from 2006 through early October 2014. (In addition, the oil industry reported spilling 5.2 million gallons of nontoxic substances, mostly fresh water, which can alter the environment and carry contaminants.)”

Continental Resources, the largest operator in the Bakken shale formation, leads North Dakota in active wells, spills of all kinds, and wastewater or brine spills, InsideEnergy noted from the Times report.

Harold Hamm, founder and CEO of Continental Resources, is an outspoken Donald Trump supporter and discussed with Bloomberg in January his hopes for energy industry regulations rollbacks under the Trump administration and the prospect of U.S. oil independence and increased shale oil drilling.

EcoWatch has covered a number of pipeline spills already this month. The Buffalo Pipeline, owned by Houston-based Plains All American Pipeline, L.P., leaked approximately 450 barrels, or roughly 18,900 gallons, of crude oil onto farmland in Kingfisher County, Oklahoma last week. A busted pipeline spilled crude oil into a Strathcona County creek in Alberta, Canada on Saturday. And in mid-April, Energy Transfer Partners‘ new Rover Pipeline, which is still under construction, spilled 2 millions of gallon of drilling fluids into two of Ohio’s wetlands.