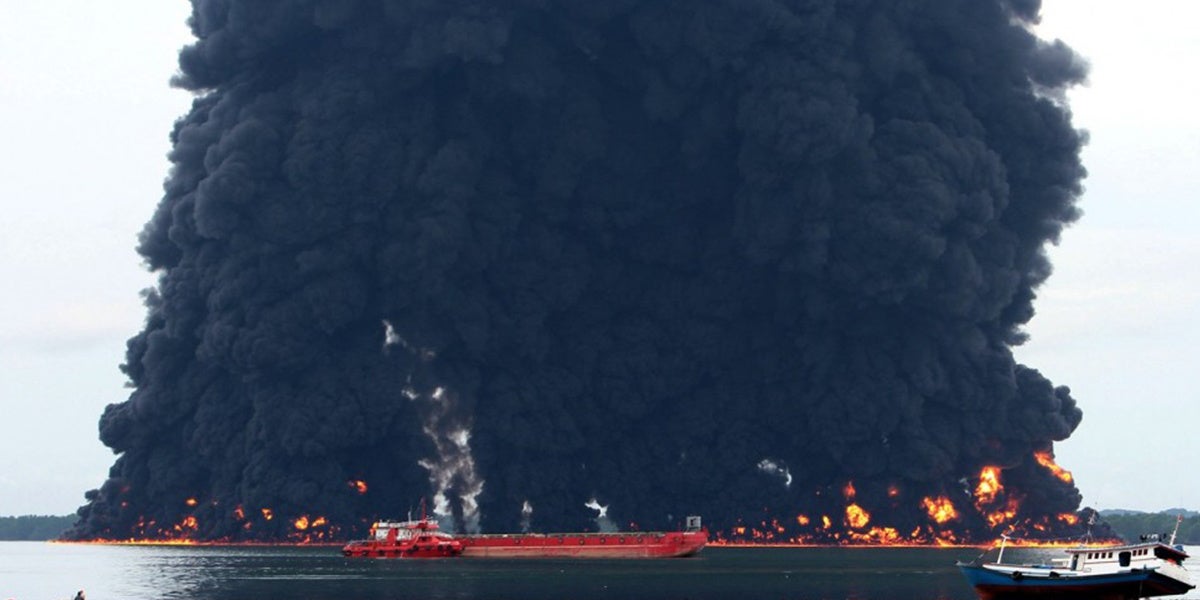 An oil spill in Borneo that began over the past weekend has now spread across an area greater than the city of Paris and is heading out to the open ocean, the Indonesian government said.

The spill, first reported on March 31, stems from a pipeline operated by state-owned oil firm Pertamina in the city of Balikpapan, in East Kalimantan province. A report released April 4 by the Ministry of Environment and Forestry said the slick was spreading out from Balikpapan Bay and into the Strait of Makassar, covering some 130 square kilometers (50 square miles).

Pertamina, which for days had denied responsibility for the disaster, finally admitted on April 4 that one of its pipes used for transporting crude oil was the source of the slick.

“Our preliminary investigation had indicated that the oil was ship fuel, but it was only until [the evening of April 3] that we got confirmation that it was from us,” Pertamina general manager Togar M.P. told reporters. “Ever since the incident was discovered, we have shut down the pipes.” 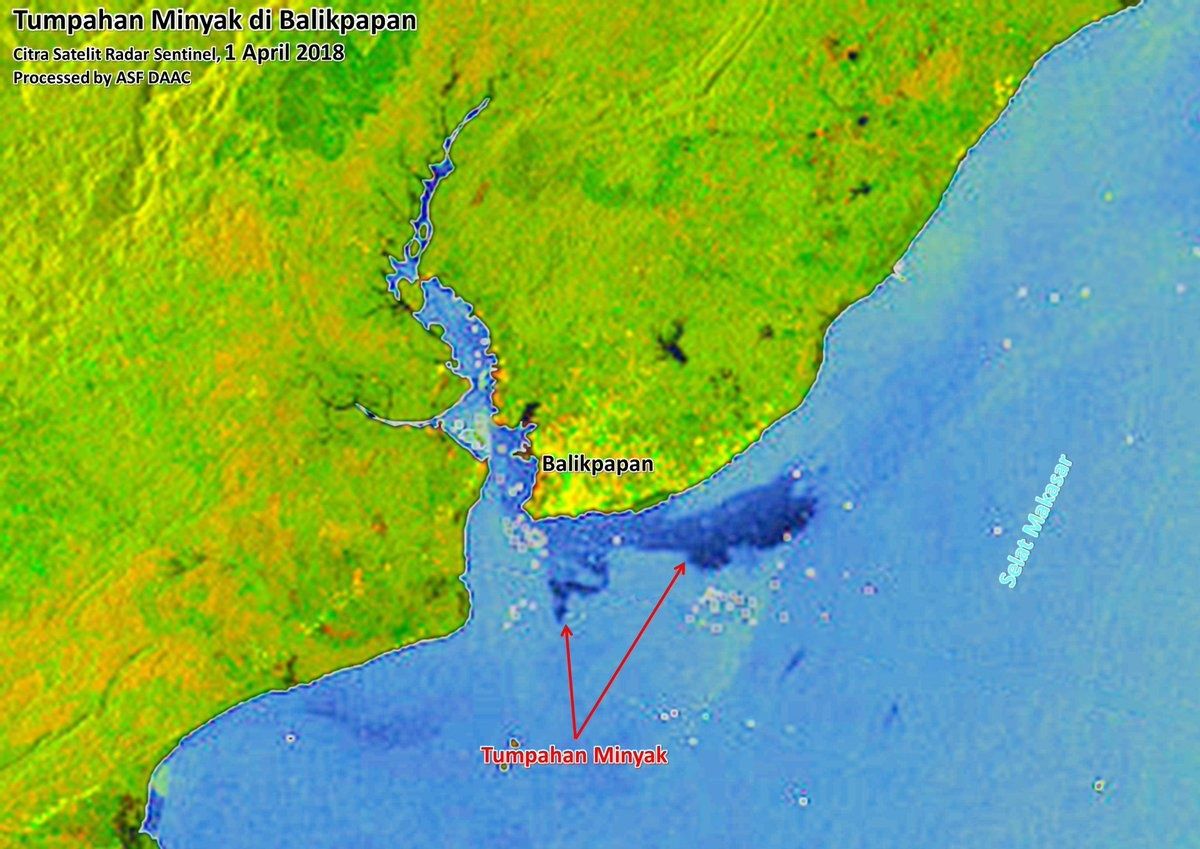 A satellite image dated April 1 shows the extent of area that is covered with crude oil from an undersea pipe leakage in Balikpapan Bay.Indonesian National Disaster Mitigation Agency / BNPB

The incident has been blamed for the deaths of five fishermen in a fire sparked by clean-up workers who were trying to clear the oil by burning it off the water’s surface.

Some 84 acres of mangrove forests are covered in oil, the environment ministry report said. The slick is also believed to have led to the death of an endangered Irrawaddy dolphin (orcaella brevirostris), a protected species under Indonesian law, which was found washed up on the coast near the site of the spill.

Thousands of people in Balikpapan, a city of 700,000, have also complained about health problems from the toxic slick.

Authorities declared a state of emergency in the city on April 3, and warned residents not to light cigarettes in the area. They also distributed gas masks to protect against the acrid fumes and smoke.

“Dolphins have died from oil spills in Balikpapan Bay. The marine waters are polluted. Until now the impact of oil the spill can not be overcome,” said Indonesian National Board for Disaster Management Sutopo Purwo Nugroho (via Google Translate).

The East Kalimantan police and Pertamina are investigating the cause of the leak, after divers from the company found the pipe had moved some 328 feet from its initial position on the seabed.

Togar suggested “an external heavy force” had caused the damage to the 20-year-old pipe. Balikpapan Bay sees heavy traffic, particularly of coal barges coming through from the Borneo hinterland.

Nearly 18,300 gallons of oil was collected as of Tuesday evening, and several oil booms have been deployed to contain the spill, the environment ministry said.

“We have told our teams and also Pertamina to prioritize cleaning up the spill near settlements, considering the strong smell and other potential risks [from the slick],” Environment and Forestry Minister Siti Nurbaya Bakar said in a statement.