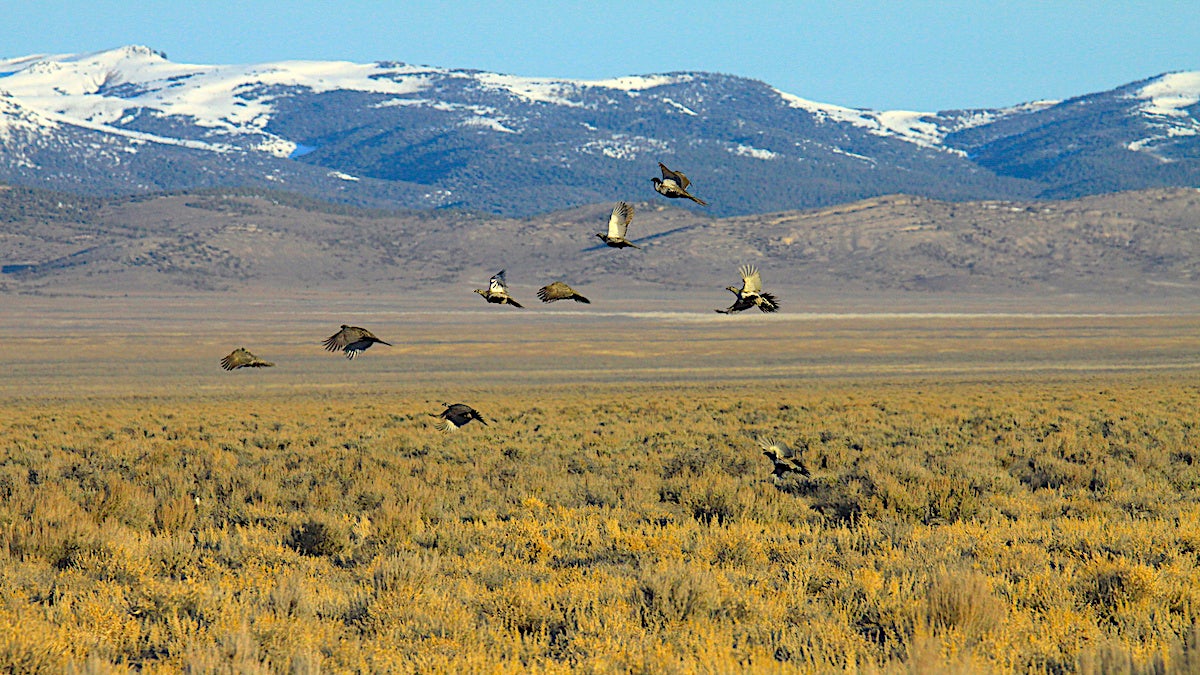 A federal judge threw out oil and gas leases on nearly one million acres of public lands that are important habitat for the greater sage grouse, arguing that a Trump administration policy that curtailed public input on the leases was “arbitrary and capricious.”

At the start of 2018, the Bureau of Land Management (BLM) had issued a memo shortening the period for public comment and protest on oil and gas leases from 30 days to 10, Huffpost reported. But U.S. Chief Magistrate Judge Ronald Bush ruled in Idaho Thursday that around 5 million worth of leases issued under the new policy be tossed out and the full 30-day comment period restored. In his decision, Bush argued that BLM could not only consider the economic needs of fossil fuel industries at the expense of all other concerns.

“If the words ‘justice so requires’ are to mean anything, they must satisfy the fundamental understanding of justice: that it requires an impartial look at the balance struck between the two sides of the scale, as the iconic statue of the blindfolded goddess of justice holding the scales aloft depicts,” he wrote. “Merely to look at only one side of the scales, whether solely the costs or solely the benefits, flunks this basic requirement.”

The lawsuit was brought by the Center for Biological Diversity (CBD) and the Western Watersheds Project in a bid to protect greater sage grouse habitat, The Washington Post explained. The sage grouse, whose numbers have fallen from around 16 million to fewer than 500,000 because of disease and development, reflects the overall health of the Western sagebrush habitat that also houses hundreds of other species.

Bush’s ruling tossed out five leases on more than 1,300 square miles — or more than 800,000 acres — of public lands in Nevada, Utah and Wyoming, according to HuffPost and The Hill. However, it could have implications for around 67 million acres of sage grouse habitat in 11 Western states.

“This is an enormous victory for greater sage grouse and hundreds of other animals and plants that depend on this dwindling habitat,” CBD senior campaigner Taylor McKinnon said in a press release. “The judge confirmed that it’s illegal to silence the public to expand fossil-fuel extraction. It’s a win for millions of acres of our beautiful public lands and a major blow to the Trump administration’s corrupt efforts to serve corporate polluters.”

The BLM said it was considering whether or not to appeal the ruling, according to The Washington Post. However, spokesperson Derrick Henry told The Washington Post that the agency remained committed to streamlining the leasing process.

“To do this, we have been working within our legal authorities to alleviate or eliminate unnecessary and burdensome regulations, while at the same time upholding public health and environmental protections, including sage-grouse conservation,” Henry said.

However, environmental advocates have complained that, under the Trump administration, streamlining often comes at the expense of public participation. In one particularly ironic example last week, Democratic Congresspeople, activists and former government workers said that the White House’s Council on Environmental Quality is making it harder to comment on its plans to restrict the National Environmental Policy Act, itself a law designed to give communities a say in projects that might impact their local ecosystems. However, Earthjustice attorney Drew Caputo told The Washington Post that the administration’s attempts to work around public input also often ended up flouting the law, leading to court defeats like Thursday’s.

“This administration has been relentless in its efforts to cut the public out of public lands decision-making, starting in 2018,” Western Watersheds Project staff attorney Talasi Brooks said in a press release. “The court wasn’t fooled by the agency’s efforts to disguise its intention to provide greater influence to extractive energies, and the sage grouse and 350 other sagebrush-dependent species will benefit from today’s win.”

Correction. An earlier version of this article stated that a judge had banned oil and gas leases on nearly one million acres of public land. It has been updated to reflect the fact that he threw out existing leases rather than banning leasing generally.