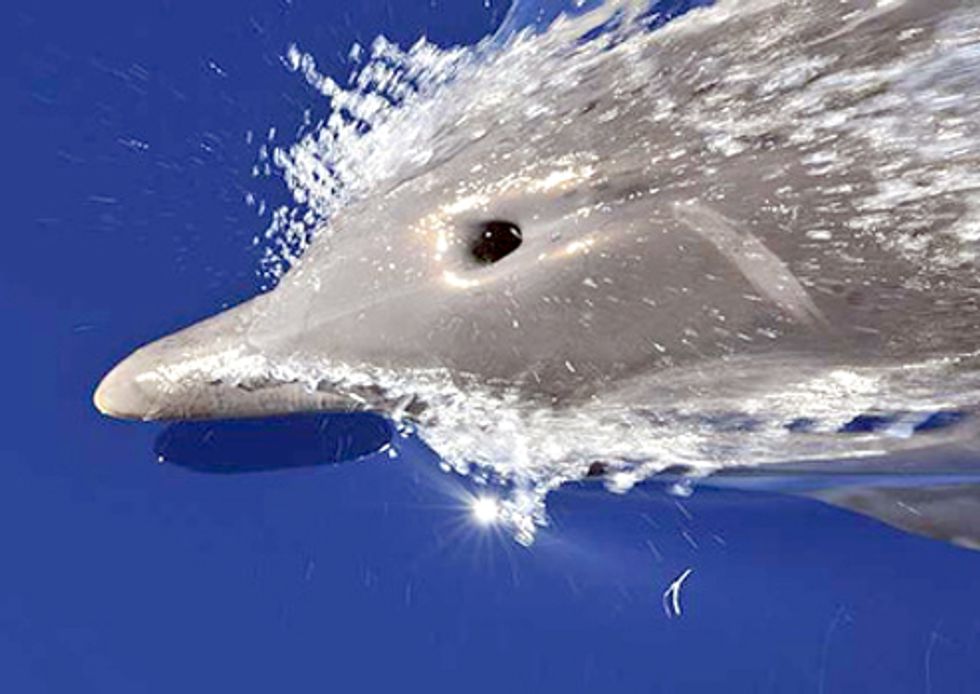 In the last three months, more than 3,000 dolphins have washed ashore in Peru, most likely due to offshore oil exploration. Oil companies in the region often use sonar or acoustic soundings to detect oil beneath the floor of the sea, and dolphins and whales can be affected because of their sensitivity to sound.

Toothed whales, including dolphins and porpoises, have evolved to be able to echolocate. Instead of having two nostrils like other mammals and baleen whales, toothed whales have only one which is used as their blowhole. A whale emits squeaks and whistles from its blowhole, and the sounds bounce off objects in the water, providing an echo. The other nostril has developed into a fatty tissue known as the melon, which is used to receive and focus the returning echoes.

Hearing is considered to be whales’ most important sense, used not only for navigating but also for feeding, bonding with offspring, and finding mates. Noise pollution cause changes in calling behavior, but can also cause whales to change their diving habits which can result in “the bends,” when nitrogen bubbles get trapped in the body.

Sonar can be extremely loud (imagine the sound of 2,000 jet planes), with sound waves traveling hundreds of miles through the ocean. Noise levels this high can cause fatal injuries, similar to those seen in many strandings around the world. As the world’s oceans become noisier, they also become more dangerous for whales and dolphins.