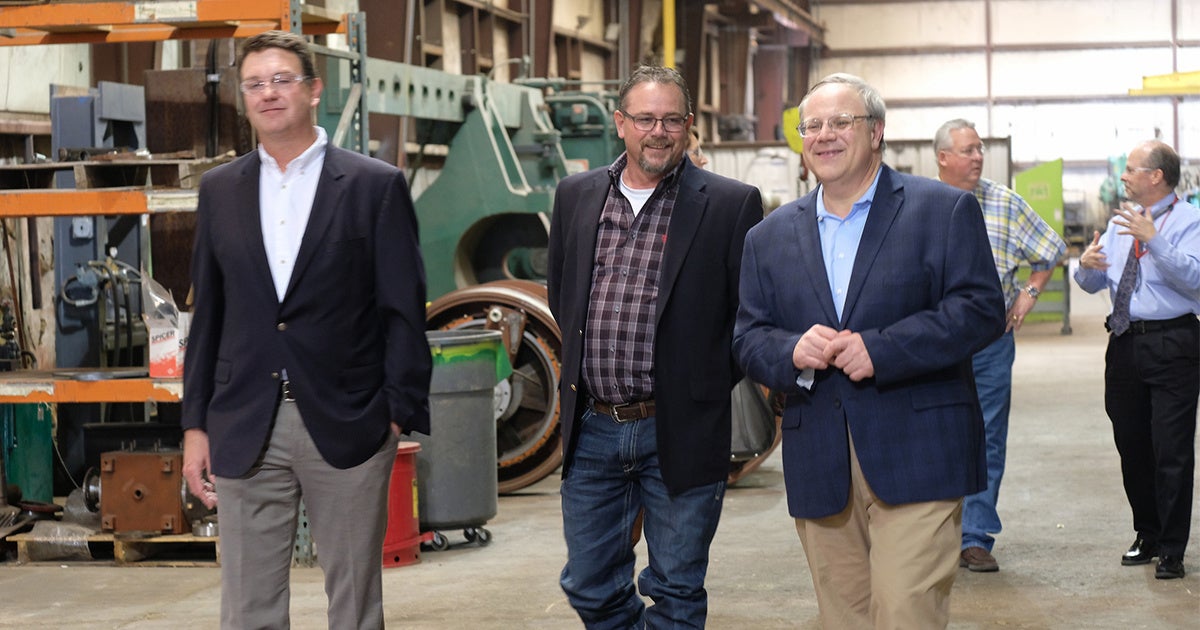 Oil executives gathered for a conference laughed about their “unprecedented” access to Trump administration officials, according to a recording obtained by Reveal from the Center for Investigative Reporting.

In the recording, taken at a June 2017 meeting of the Independent Petroleum Association of America (IPAA) at a Ritz-Carlton in Southern California, members expressed excitement about one official in particular: David Bernhardt, who had been nominated that April to be deputy secretary at the Department of Interior (DOI). Bernhardt would be confirmed the following month.

“We know him very well, and we have direct access to him, have conversations with him about issues ranging from federal land access to endangered species, to a lot of issues,” IPAA political director Dan Naatz said in the recording.

A former oil industry lobbyist is next in line to lead @interior.

We got audio of a meeting in which industry executives bragged about their connections to him. Listen: https://t.co/5CciHLSkoO

Bernhardt, who once acted as the association’s lawyer, has risen even higher since the recording. He has been acting as interior secretary since former Secretary Ryan Zinke left amid various ethics investigations and has been nominated by President Donald Trump to fill the post permanently. He faces a confirmation hearing before the Senate Energy and Natural Resources Committee March 28.

In the recording, IPAA CEO Barry Russell spoke of work Bernhardt had done for the IPAA to lead a legal group challenging endangered species’ rules. “Well, the guy that actually headed up that group is now the No. 2 at Interior,” he said. “So that’s worked out well.” As deputy secretary, Bernhardt pushed to weaken endangered species protections by proposing to allow regulators to consider economic factors before listing species.

As a lobbyist and lawyer, Bernhardt worked on behalf of around 40 clients, 18 of which were involved in energy. He has been referred to as a “walking conflict of interest” and carries a card with him reminding him of all the former clients he must recuse himself from dealing with directly at the DOI. However, a DOI spokesperson said he had not communicated with Naatz or Russell.

“Acting Secretary David Bernhardt has had no communication or contact with either Barry Russell or Dan Naatz,” the spokesperson said in a statement reported by The Hill.

In the recording, the IPAA didn’t just express excitement about Bernhardt. Rather, they were thrilled by the pro-energy culture of the entire Trump team, which, they said, contrasted with the approach taken by the Obama administration.

“It’s really a new thing for us,” Russell said. “For example, next week I’m invited to the White House to talk about tax code. Last week we were talking to Secretary Pruitt, and in about two weeks we have a meeting with Secretary Zinke. So we have unprecedented access to people that are in these positions who are trying to help us, which is great.”

The laughter came when Russell described a meeting with then-U.S. Environmental Protection Agency (EPA) head Scott Pruitt, who has since resigned amidst various scandals. Here is the exchange, as transcribed by Reveal:

“Scott Pruitt, he came from Oklahoma, and we have a lot of friends in common and I thought that’s what we were going to talk about, we did that for about three minutes,” Russell said. “And then he started asking very technical questions about methane, about ozone … and if Scott Pruitt thought he was going to go deep nerd …”

“And what was really great is there was about four or five EPA staffers there, who were all like, ‘Write that down, write that down,’ all the way through this,” Russell continued. “And when we left, I said that was just our overview.”

“So it’s really a new world for us and very, very helpful.”

While Pruitt and Zinke have since left the administration, this culture of access has had real environmental consequences. Of five items on a policy wish-list distributed at the meeting, four have been implemented by the DOI, Reveal reported. They are:

Correction: An earlier version of this article said that David Bernhardt was deputy secretary at the DOI when the recording was taken in June of 2017. The article has been revised to indicate that the recording took place after his nomination in April 2017 and before his confirmation that July.