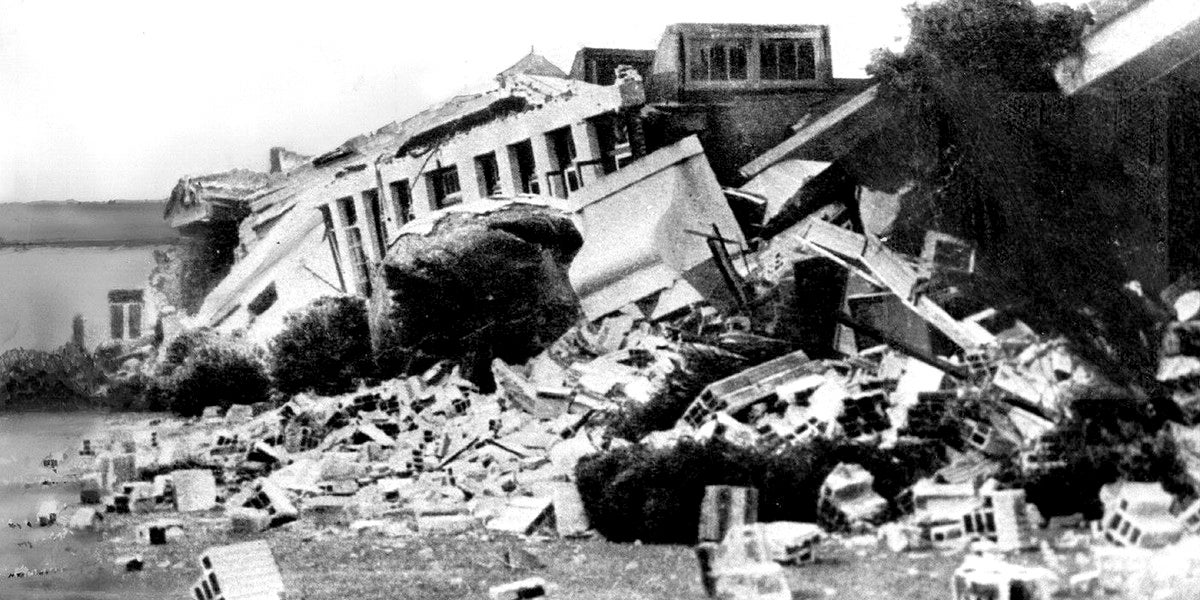 Four out of five large earthquakes in Southern California from 1900 to 1935 may be linked to the state’s early oil boom, says a study written by two leading U.S. Geological Survey scientists published Tuesday in the Bulletin of the Seismological Society of America. 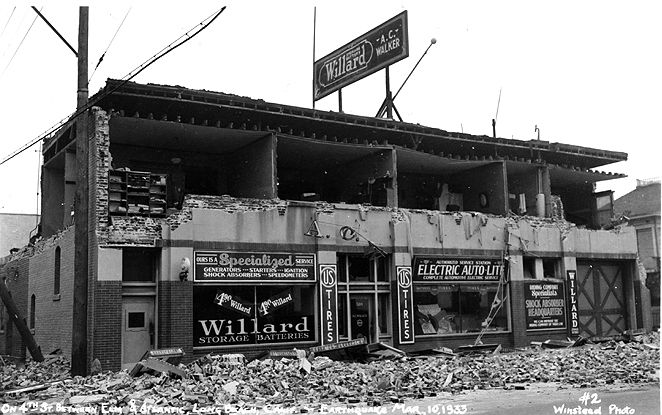 The largest of these was the magnitude 6.4 Long Beach earthquake in 1933 that killed 120 people and caused $50 million in damages, measured in 1933 dollars. It occurred along the Newport-Inglewood Fault, as did a magnitude 4.9 quake in 1920 centered in Inglewood. Two other events—a 1929 earthquake in Whittier and a 1930 Santa Monica quake—were also associated with oil extraction, say the study’s authors, Susan Hough and Morgan Page.

Unlike recent fracking-induced seismic events in Oklahoma and elsewhere, related to the injection of massive amounts of wastewater, the California quakes may have been caused by oil drilling.

“People would just pump oil and in some cases the ground would subside—fairly dramatically,” Hough told the Los Angeles Times.

Oil was discovered in 1892 near the present site of Dodger Stadium in Los Angeles. By 1923, LA Basin oilfields accounted for 20 percent of the world’s oil production. Indeed, it was the Newport-Inglewood Fault that trapped 30-million year old petroleum deposits that came to be drilled in the 20th century. Even today, dozens of oil derricks can be seen in Los Angeles, Long Beach and Huntington Beach, which was the epicenter of the 1933 earthquake. The researchers looked at documentation from the five large earthquakes in this period along with data on oil and gas production and well depth. They found that most of these quakes were located close to oil wells and occurred shortly after drilling started. Each of the wells was more than 3,200 feet deep—unusual for the time.

The study calls into question assumptions about Southern California’s seismic activity. If four of these five events were induced by drilling, it may be that the LA Basin is not as naturally earthquake-prone as believed.

Because the technology for drilling in this area has changed substantially since the early 1900s, other studies have not found any earthquakes triggered by oil and gas extraction in recent decades. Nor does it change the basics of plate tectonics and the underlying dangers of a rupture along any of the major earthquake faults in the state.