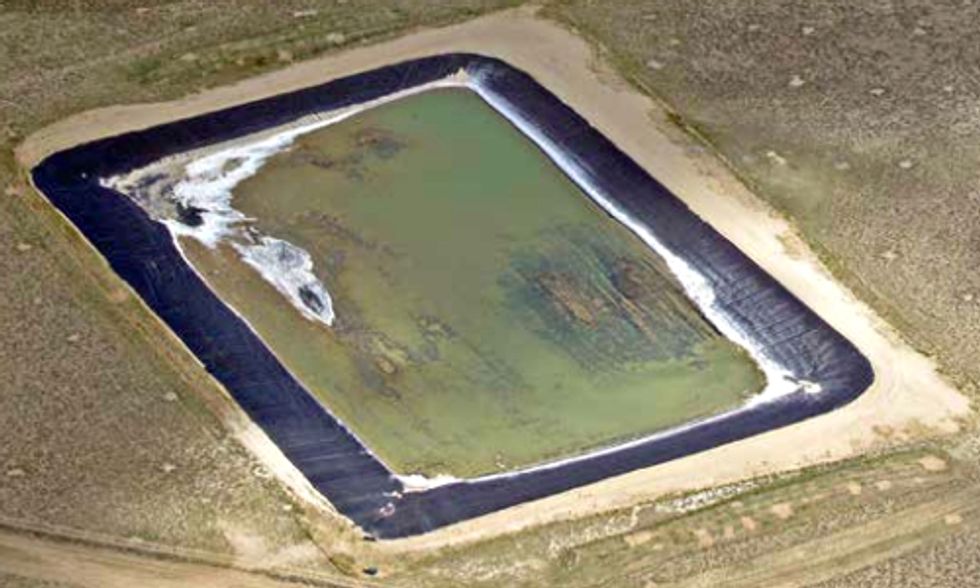 A report was released today identifying and examining the dangers to water quality posed by oil and gas production in the states of Colorado, Montana, North Dakota and Wyoming.

The report, Watered Down, shows how regulatory systems fail to protect residents and communities from the harmful effects of oil and gas development.

The report’s findings are:

“Along with many others in western North Dakota, I drink water from Lake Sakakawea,” said Theodora Bird Bear, a Dakota Resource Council member from Mandaree, ND. “With 13 oil pipelines and over 200 laterals crossing the bottom of the lake, I expect it is a matter of when, not if, there is a major spill.”

“What is needed are strong, clear, comprehensive and enforceable national performance standards for oil and gas drilling, production and delivery—standards that would help us to protect our communities from the kind of damage outlined in this report,” LeResche said. “Critical to the success of such standards are effective monitoring systems, the capacity to enforce the law with fines that will deter carelessness, and outreach programs that encourage the public to report spills and other violations in their often remote communities.”

“The extraction processes, transporting methods and disposing of the associated waste are an imperfect process that will eventually result in more cases of contamination and pollution,” said Terry Punt, a rancher from Birney, MT, and a member of Northern Plains Resource Council. “This is why our states must have stricter standards, increased transparency and less self-monitoring.”

With Tuesday's election results reflecting concerns about energy production—voters in Boulder, Fort Collins and Lafayette, CO, approved measures either banning or putting a moratorium on fracking—the report comes at a time when citizens are worried about how oil and gas extraction methods endanger water, land, air and human health.

Setting national standards is a “tremendous challenge,” LeResche said. “For that reason, we are urging state and local governments to act now to protect their constituents and their natural resources. Levels of oil and gas production are rising in our region—we cannot afford to wait.”

Visit EcoWatch’s WATER  and FRACKING pages for more related news on this topic.