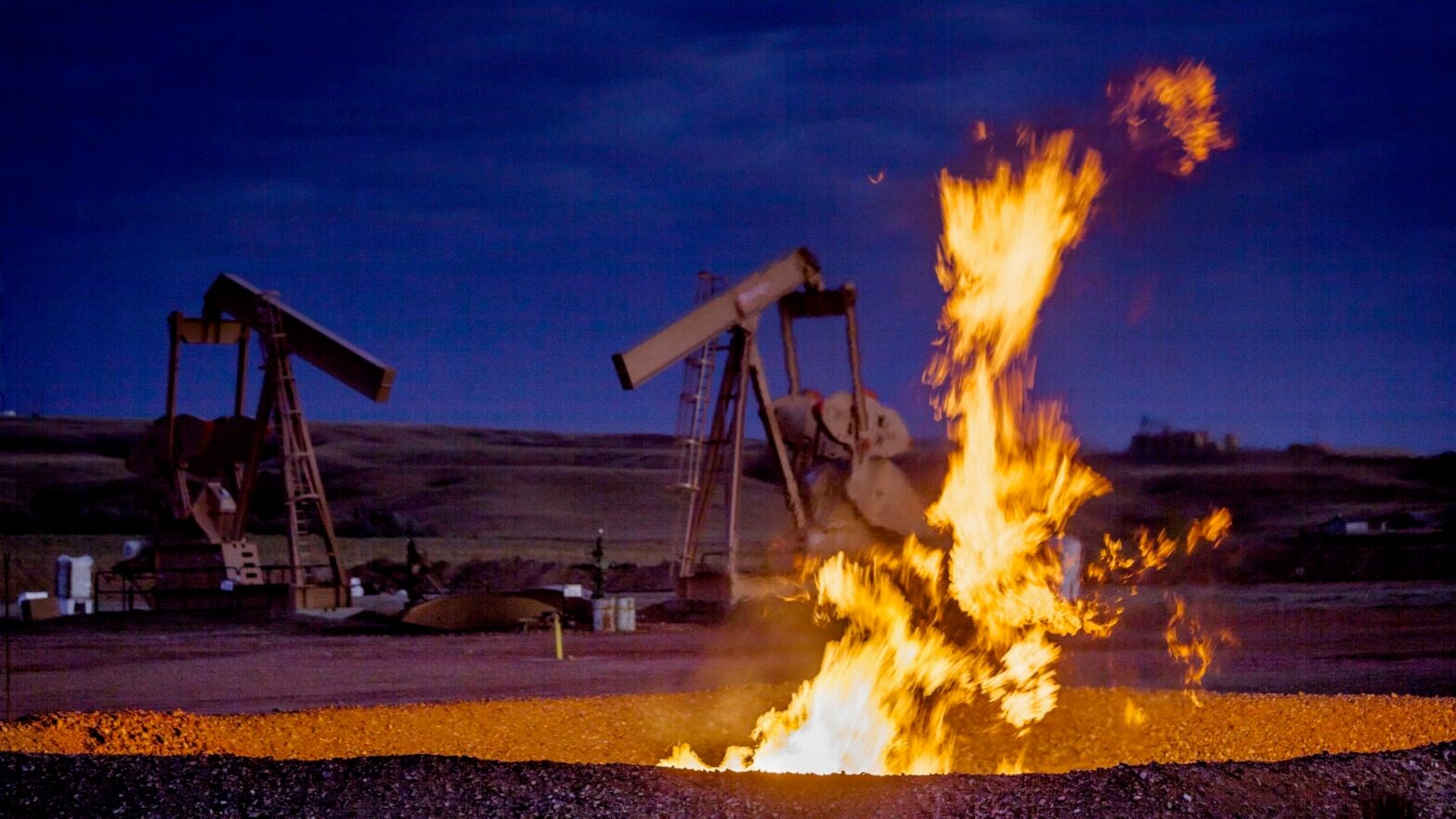 Flames from a flaring pit near a well in the Bakken Oil Field. The primary component of natural gas is methane, which is odorless when it comes directly out of the gas well. Orjan F. Ellingvag / Corbis / Getty Images

The oil and gas industry may be contributing even more to the climate crisis than we thought.

A study published in Nature Wednesday found that methane emissions from fossil fuel extraction have been underestimated by 25 to 40 percent.

“This indicates that the fossil fuel sector has a much more polluting impact beyond being responsible for the overwhelming majority of carbon dioxide emissions,” Dr. Joeri Rogelj, a climate change lecturer at the Grantham Institute who was not involved with the research, told The Guardian. “This is worrying and overall bad news.”

While carbon dioxide is the greenhouse gas contributing the most to the climate crisis, methane is now responsible for 25 percent of current global warming, according to CNN.

The amount of methane in the atmosphere has more than doubled since the preindustrial era, according to The New York Times, but it has been difficult to pinpoint its source. Methane is released naturally by the ocean and by formations on land known as mud volcanoes. But it is also released by the fossil fuel industry, and most current estimates of the industry release of methane have been grassroots and not comprehensive, The Guardian pointed out.

“We have a really good understanding of how much methane concentrations have increased in the atmosphere,” study lead investigator and professor at the University of Rochester’s Department of Earth and Environmental Sciences Vasilii Petrenko told CNN. “But it’s difficult to track where the increases are coming from for a number of reasons.”

In order to get a better estimate, the University of Rochester team looked at methane data from before the industrial era. They measured air from around 300 years ago trapped in bubbles in glaciers in Greenland, The Guardian reported. This showed that the natural contribution to methane emissions was much lower than the number currently used to estimate emissions, The New York Times explained.

“We’ve identified a gigantic discrepancy that shows the industry needs to, at the very least, improve their monitoring,” study lead author Benjamin Hmiel told The New York Times. “If these emissions are truly coming from oil, gas extraction, production use, the industry isn’t even reporting or seeing that right now.”

The study does have a silver lining, however. If humans are responsible for the extra methane emissions, that means they can also control them, though this also means controlling the oil and gas sector.

“Placing stricter methane emission regulations on the fossil fuel industry will have the potential to reduce future global warming to a larger extent than previously thought,” Hmiel told The Guardian. “Methane is important to study because if we make changes to our current methane emissions, it’s going to reflect more quickly.”