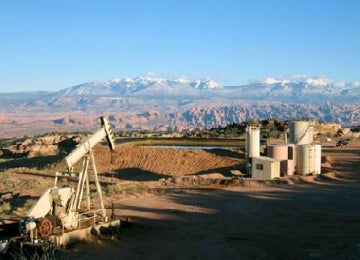 Last night, the federal government officially shut down after House Republicans refused to pass routine legislation to fund the government.

Now, hundreds of thousands of Americans across the country are temporarily out of work. National parks are closed to everyone but oil and gas drillers. The U.S. Environmental Protection Agency (EPA) will furlough 94 percent of its employees, leaving Americans vulnerable with almost no one to monitor pollution.

“House Republicans have refused to pass routine legislation to fulfill the most basic aspect of their job—keeping the government open and working for American families,” said Michael Brune, executive director of the Sierra Club.

“The government shutdown we now face means no cops on the beat against toxic pollution. It means that we’ll have to dress like oil executives if we want to visit our national parks and monuments. It means hundreds of thousands of Americans are at home instead of at work. And it means House Republicans who couldn’t achieve their reckless agenda through elections or legislation are willing to sacrifice the health of our families and our communities to simply score political points.”

According to the U.S. EPA, only a small number of employees will be allowed to work. Jobs that involve writing laws to cut U.S. greenhouse gas emissions and the clean up at 505 Superfund sites in 47 states are now suspended.

“As a result of the shutdown, by the time Americans wake up, more than 400 parks, wildlife refuges, historical battlefields and national forests will be closed to any and all visitors,” said Aaron Weil, Environment America’s conservation advocate.

“Having the doors close on ‘America’s best idea’ is bad enough, however keeping our public lands and parks open to private mining and gas drilling companies who are polluting these treasured landscapes in spite of these closures is truly deplorable.”

According to a report in Forbes today, the energy industry won’t feel much pain from the government shutdown:

Onshore oil and gas: Processing of oil and gas permits by the Bureau of Land Management [BLM] comes to a halt. BLM will continue to monitor ongoing oil, gas, coal and other mineral operations. BLM will keep inspectors and enforcement personnel on the job for some activities, including overseeing some drilling operations and patrolling oil and gas fields “to make sure that theft of oil or condensate is not occurring.”

“Any proposal demanding that Americans sacrifice the health of our planet and our communities in exchange for keeping the government open is not a deal, but blackmail of the worst kind. Rather than make the American people pay the cost in lost jobs and polluted air and water, House Republicans need to ditch the political posturing and get back to work,” said Brune.