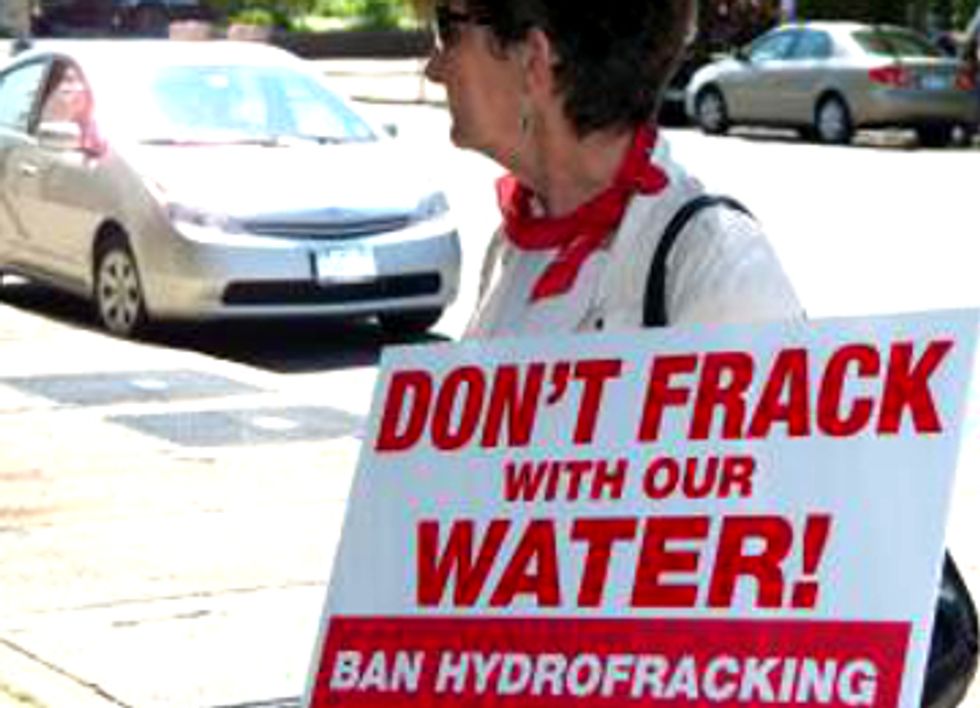 CONSOL Energy—which has gas leases on roughly 240,000 acres in the state–already is preparing to begin horizontal drilling in Anderson County, which borders Kentucky. Soon workers will shoot gallons of water and nitrogen into the shale rock in order to release and collect the natural gas within. Some of the most glaring issues regard the notably high bar on when the rules actually apply—which most operations will not meet due to low demand and the state’s geography.

Unlike the Marcellus shale field in Pennsylvania, Tennessee’s Chattanooga field is significantly shallower, which warrants less water to be used. Part of the controversy with the new rules is that public notice only applies when operations exceed 200,000 gallons of water, which is unlikely in the case of Chattanooga as significantly less water is necessary. In addition, general notice of the operations themselves is only required for those living half a mile from the site, which would exclude many.

In September local environmental groups pushed for a ban on fracking operations that would use water exceeding 200,000 gallons. The board dismissed the ban but kept 200,000 gallons as a marker for public notification. The board, at that time called the Oil and Gas Board—now merged with the Water Quality Control Board, forming the Board of Water Quality, Oil and Gas—ignored the cries of the groups for tighter regulations.

Serious questions have arisen about the effectiveness of the new set of rules in assuring proper safety of the local population and environment. Groups such as the Tennessee Clean Water Network and the Sierra Club’s Tennessee Chapter were less than enthused. Concerns were raised about the safety of local groundwater, as fracking produces significant quantities of wastewater—also known as flowback—which contains salt, oil, grease and occasionally radioactive material depending on the location and method of fracking.

“Wastewater disposal is a significant issue in the Northeast where fracking occurs," contends Meg Lockhart of the Tennessee Department of Environment and Conservation. "The amounts of liquid we’re dealing with in Tennessee are much, much smaller, if liquid is used at all."

"But, if water in any significant quantity is used, some of it would come back up the well,” said Renee Hoyos, executive director of the Tennessee Clean Water Network.

It is a bit hyperbolic at this stage to assume that fracking operations in Tennessee will reach the level of Ohio or Pennsylvania, but if gas prices resume an increase in the near future we can expect to see more and more companies expanding into previously ignored areas of the country.