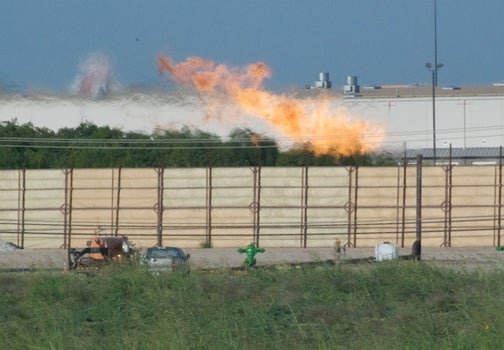 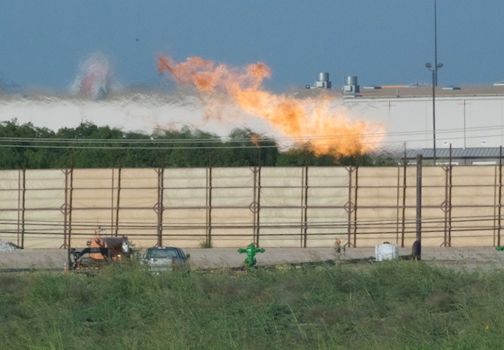 “Accidents” and other non-routine events at Texas oil and gas facilities, refineries and petrochemical plants released almost 100,000 tons of pollution from 2009-2011, according to a new report from the Environmental Integrity Project (EIP) based on data from gathered from a Texas Commission on Environmental Quality (TCEQ) database.

Separately, EIP today indicated that it will pursue litigation, if necessary, in the wake of two notice of intent (NOI) filings the organization made with the U.S. Environmental Protection Agency (EPA) related to major pollution issues at U.S. refineries.

During the three-year time period covered in the Texas study, the non-routine emission events at chemical plants, refineries and natural gas operations released a combined total of more than 42,000 tons of sulfur dioxide (SO2) and just over 50,000 tons of smog-forming volatile organic compounds (VOCs). These so-called “emission event” pollutants are in addition to the emissions released year-round during so-called “normal operations,” and are usually not included in the data the government uses to establish regulations or evaluate public health impacts.

Natural gas operations—which include well heads, pipelines, compressors, boosters and storage systems—accounted for more than 85 percent of total sulfur dioxide and nearly 80 percent of the VOCs released during these episodes. Both pollutants are linked to asthma attacks and other respiratory ailments, and can form fine particles that contribute to premature death from heart disease.

“Too many of these ‘accidents’ are the norm at some natural gas and chemical plants. These upsets can dump a lot of pollution in a few short hours, and some of them continue releasing benzene and other toxins for weeks. Many of these breakdowns—and the pollution that comes with them—could be prevented by upgrading pollution controls, improving maintenance and recapturing and reusing gas instead of releasing it to the environment as pollution. The U.S. EPA needs to crack down on polluters who seem to think that these events—no matter how many or how severe—somehow excuse them from the Clean Air Act.”

“Texans living in our state’s many fenceline communities have, for far too long, been regularly exposed to pollutants from accidental releases that should never be allowed into the air. And the number of Texans whose health is negatively impacted by such damaging pollution is increasing with the growth of gas extraction and processing operations. Texas needs EPA to get serious about eliminating these accidental releases.”

Hilton Kelley, executive director of Communities In-power and Development, Port Arthur, said: “The Environmental Protection Agency must do a better job of counting the toxic pollution dumped into low-income and minority communities. We must stop the onslaught of this toxic pollution that is causing liver disease, heart disease and cancer in the communities I advocate for.”

Juan Parras, founder, Texas Environmental Justice Advocacy Services, Houston: “I am a firm believer and advocate for clean air, however, I live in an environment where ‘clean’ is dictated by petrochemical, gas plants and oil refineries in the Houston Region. They decide what they can get away with and blame their highly toxic emissions on ‘accidents’ that they claim are beyond their control. Oops! The EPA needs to comply with its mandate, and that is to protect our environment and public health as it relates to toxins in the air, water and soil.”

The five Texas facilities in the petrochemical, oil and gas, and refining sectors reporting the most SO2 from “emission events” between 2009 and 2011 are:

The five Texas facilities in the petrochemical, oil and gas, and refining sectors, reporting the most VOCs from “emission events” between 2009 and 2011 are:

Every year, refineries, chemical plants and natural gas facilities release thousands of tons of air pollution when production units break down, or are shut off, restarted or repaired. Most of these “emission events” release pollution through flares, or from leaking pipelines, tanks or other production equipment.

The Clean Air Act makes polluters strictly liable for their mistakes, but loopholes in regulations either excuse violations that result from malfunctions altogether, or allow polluters to escape penalties by claiming that such mishaps are beyond the control of plant operators. As a result, federal or state agencies rarely even investigate these events, much less take enforcement action. EPA’s current standards are so relaxed that even the most serious violations are excused, inviting plant operators to defer improvements that could make plants safer—and sometimes even turn a profit.

Texas facilities have been required to submit online reports estimating emissions caused by upsets, maintenance, startup and shutdown activities since 2003, along with an explanation of what caused the events. The data in the EIP report obtained from TCEQ’s Emissions Event database. The industry classifications were determined using the facility’s SIC or NAICS code, as reported to the TCEQ central registry and EPA’s Facility Registration System. When industry classification information was unavailable, the data was supplemented using other information on TCEQ’s central registry.