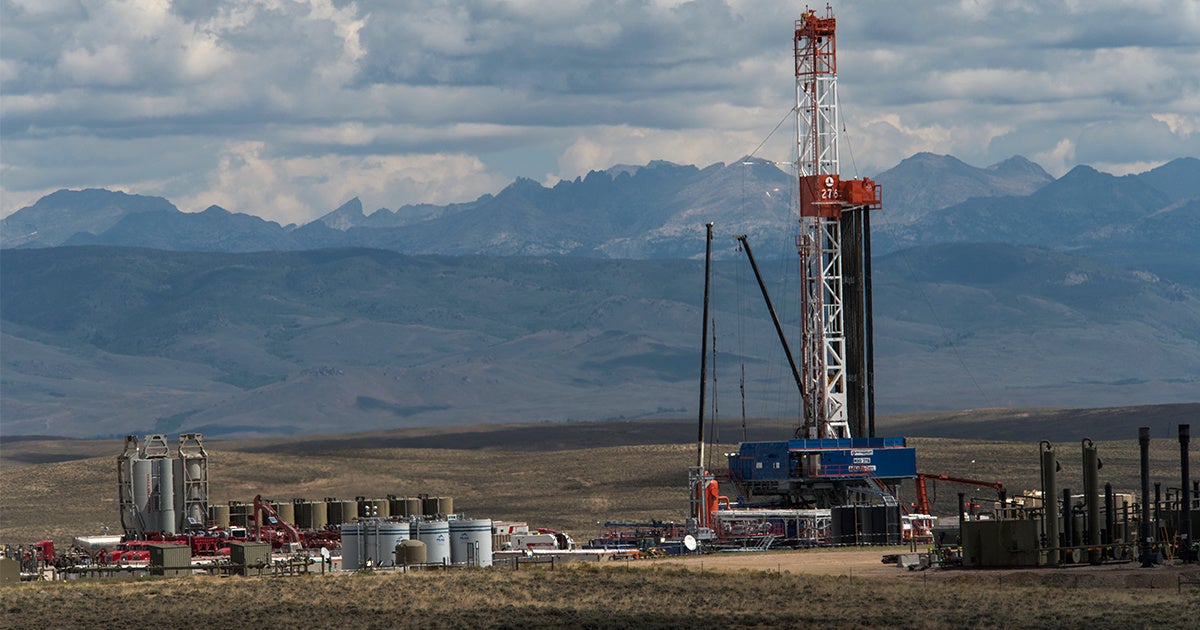 A U.S. federal judge temporarily blocked oil and gas drilling on 300,000 acres of federal leases in Wyoming Tuesday, arguing that the Bureau of Land Management (BLM) “did not sufficiently consider climate change” when auctioning off the land, The Washington Post reported.

The land was leased under the Obama administration in 2015 and 2016, but the ruling has implications for the Trump administration’s agenda of boosting fossil fuel production across the country.

“This is the Holy Grail ruling we’ve been after, especially with oil and gas,” Jeremy Nichols, Director of the Climate and Energy Program of WildEarth Guardians, the group that filed the lawsuit along with Physicians for Social Responsibility, told the Associated Press. “It calls into question the legality of oil and gas leasing that’s happening everywhere.”

The ruling by U.S. District Judge Rudolph Contreras goes further than previous rulings that faulted the government for not considering the climate implications of fossil fuel projects on federal land. That’s because Contreras said that BLM must consider potential emissions from all former, current or likely future leases every time it leases land for oil and gas development.

“Given the national, cumulative nature of climate change, considering each individual drilling project in a vacuum deprives the agency and the public of the context necessary to evaluate oil and gas drilling on federal land before irretrievably committing to that drilling,” he wrote, as The Washington Post reported.

Some of the land leased was for fracking, a point emphasized by the groups behind the suit.

“Fracked gas is dangerous for people and terrible for the climate,” Environment and Health Program director for Physicians for Social Responsibility Barbara Gottlieb said in a press release issued by the Western Environmental Law Center, which partnered with the two non-profits on the case. “This latest court win is not only a victory for our health and future, but it reinforces that the oil and gas industry doesn’t get a free pass to pollute.”

Offshore and land-based oil, gas and coal leasing by the federal government accounts for 25 percent of U.S. greenhouse gas emissions, and oil and gas drilling is responsible for around 40 percent of that amount, a U.S. Geological Survey report found.

Tuesday’s ruling doesn’t ban drilling on the leased land entirely, but rather orders BLM to redo its assessment of the impact of the leases.

“This decision should not be interpreted as a ban on leasing activities,” environmental lawyer Harry Weiss, who has represented oil and gas companies before, told The Associated Press. “The court is not ruling on whether it’s thumbs up or thumbs down. The court is simply grading how the administration did analyzing the issues.”

However, both supporters and opponents of the ruling agreed it could have a chilling impact on oil and gas activities.

“Any time there’s a ruling that sows more uncertainty on federal land, that has a ripple effect not just on these leases in question, but throughout the entire federal onshore system,” Western Energy Alliance President Kathleen Sgamma told The Washington Post. Western Energy Alliance is one of the defendants in the case, and Sgamma did say she thought the ruling would be overturned in an appeal.

But what Sgamma feared, Nichols presented as a positive outcome.

“The leasing right now is ramping up, it’s hitting unprecedented highs and now this really may just be the very check that we need to, you know, to rein things in,” Nichols told Wyoming Public Media.

Among those disappointed in the ruling is Republican Wyoming Governor Mark Gordon.

“We will be exploring options and following up with our state, federal, and industry partners,” Gordon said in a statement reported by The Washington Post. “Our country’s efforts to reduce carbon should not center on the livelihoods of those committed workers and industries who seek to provide reliable and affordable energy, especially when we don’t look to the detrimental effects of other expansive industries. Bringing our country to its knees is not the way to thwart climate change.”

BLM spokeswoman Kristen Lenhardt told The Associated Press that the government was reviewing the decision and had no further comments at this time.