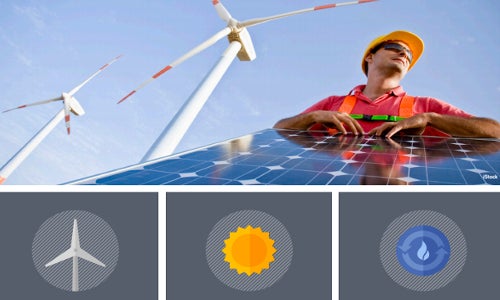 When Ohio Governor John Kasich signed SB 310, a two-year freeze of the state’s renewable energy and energy efficiency standards, last June, he was leading the way—backwards. Ohio became the first state to roll back standards that were already in place, passed in 2008 in an uncontroversial unanimous bipartisan vote. Those standards—which required that, by 2025, 25 percent of the state’s energy be created by advanced energy sources, half of them renewables, and that utilities reduce energy use by 22 percent—proved effective not only in moving the state closer to a clean energy future but in creating jobs, fueling economic growth and generating new investment. 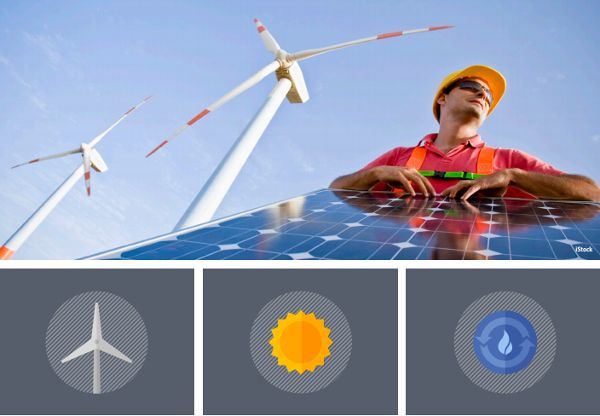 That’s now threatened by the freeze, according to a new report from The Pew Charitable Trusts.

“Ohio is a prime example of why policy matters,” said the Pew report. “Just as the state’s energy policies once encouraged the development of a clean energy industry, recent uncertainty surrounding the renewable and efficiency portfolio standards has stunted investment and growth.”

Pew’s findings should be a warning for other states considering such a rollback bill, called the “Electricity Freedom Act” by lobby group the American Legislative Exchange Council (ALEC), which is pushing the effort. The study found that the standards had spurred business investment and manufacturing in a state well-positioned to take advantage of opportunities in the renewable sector because of its industrial history and infrastructure. Ohio was first in the country in the number of facilities making wind energy components and second in the country in making solar-related equipment as of 2013.

Since the 2008 passage of its alternative energy portfolio standard and energy efficiency portfolio standard, the study said, “The state has leveraged other state and federal financing such as tax exemptions, rebates and loans to build on that groundwork. Ohio attracted $1.3 billion in private clean energy investment from 2009 to 2013 and is expected to generate an additional $3.3 billion over the next decade.”

Ohio had attracted $755 million in wind investments between 2009 and 2013, and has enough wind resources to meet all of the state’s current energy needs. Its 86 solar technology facilities rank it 16th in the country in total capacity and 8th in total jobs numbers.

But the report cautions, “Installations and revenue in some sectors, particularly wind, are expected to stall because the state enacted a two-year freeze of the portfolio standards in June 2014. This action has affected many projects and contracts already underway, creating uncertainty for investors and businesses.”

Already private investment in solar fell from 12th place nationally in 2012 to 20th nationally in 2013—from $187.4 million to $75.3 million—because of uncertainty about how the legislature might act on the standards. The legislature also eliminated a requirement for the amount of renewable energy that must be generated in-state, making such investment even less attractive. And it hampered wind development by enacting an onerous new setback regulation.

“Ohio’s experience demonstrates the importance of long-term policy to foster growth in the clean energy industry,” said Tom Swanson, manager for The Pew Charitable Trusts’ clean energy initiative. “The state’s alternative energy portfolio standard, along with the federal production tax credit, boosted Ohio’s strong manufacturing base, which at one point supported 62 facilities producing wind energy components—more than any other state. But now, many manufacturers are directing their investments elsewhere because policy uncertainty is tightening the local market for their products.” 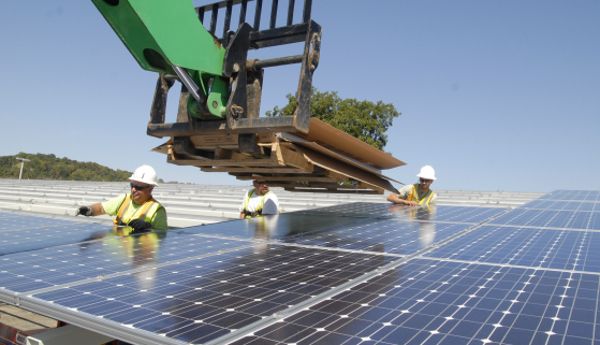 Growth in solar installations, such as this one in Athens, Ohio, could be jeopardized by the rollback of Ohio’s clean energy standards. Photo credit: The Pew Charitable Trusts

At the time of its passage, the rollback was widely condemned by environmental groups.

“Dirtier air. Higher electric bills. Lost jobs and investment. These are the new ‘dividends’ in store for Ohio from this major divestiture in clean energy,” said Trish Demeter, managing director of Energy and Clean Air Programs for OEC.

According to the findings of The Pew Charitable Trusts, those predictions of jobs and investment losses were accurate.

How ALEC Stacks Deck Against Renewables in Ohio