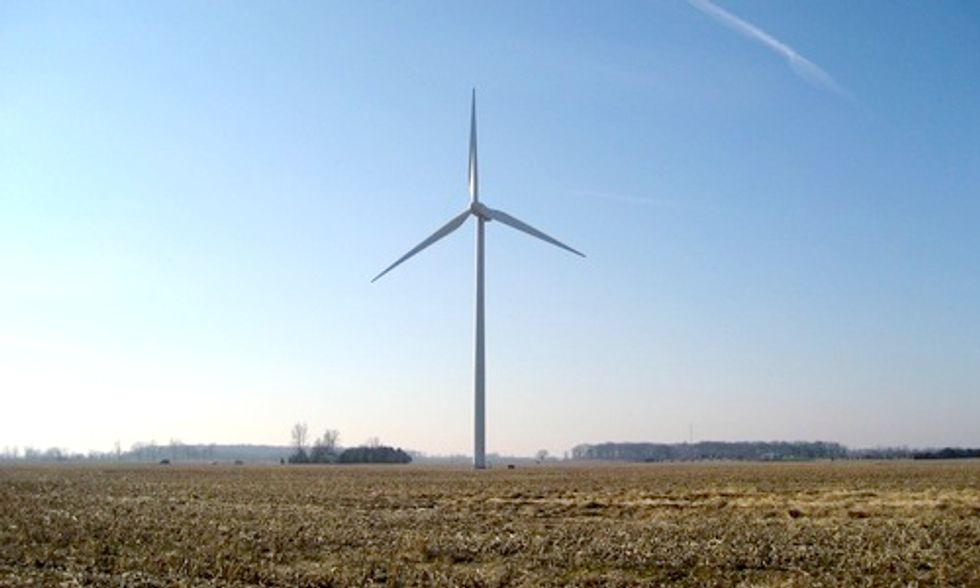 The timing of Environment Ohio's latest report is certainly no coincidence.

The advocacy group issued Ohio’s Clean Energy Success Story, Year 4 a day after the debate over the state's 2008 renewable energy law nearly came to a head. The Ohio Senate’s Public Utilities Committee planned to meet this week and possibly vote on Senate Bill (SB) 58, which contains drastic changes to the Clean Energy Law proposed by committee chairman Sen. Bill Seitz (R-Cincinnati). According to The Plain Dealer, Seitz abruptly cancelled the meeting without explanation.

Environment Ohio's report highlights several clean energy wins made possible by the original law. The organization hopes the break in legislative action gives committee members a chance to examine the savings and deployment of renewable technologies that took place during the first few years of Ohio's Clean Energy Law.

A map of renewable energy projects approved by the Public Utilities Commission of Ohio (PUCO), as of October 2013. Graphic credit: Environment Ohio

“The Clean Energy Law’s proven track record in delivering energy savings and spurring renewable energy development in Ohio show that the law is working as intended," Christian Adams, an Environment Ohio state associate, said. "Senate Bill 58 would take Ohio back to the ‘bad old days’ of wasteful energy use and over-reliance on dirty energy sources."

The report largely takes a why-stop-now approach. One of its chief points is that 2012 marked the first time the state's largest utilities—FirstEnergy, Duke Energy, Dayton Power & Light (DP&L) and American Electric Power (AEP) all met the law's efficiency requirements. Environment Ohio applauds those companies for their advances, including:

Solar and wind capacity in Ohio have also skyrocketed since 2008.

Instead of ridding Ohio of renewable energy requirements as Seitz suggested, Environment Ohio calls for more support from public officials in making Ohio an even greener state. Suggestions in the report include more facilitation utilities in securing long-term contracts for renewable energy and the development of a robust plan from the state Environmental Protection Agency to keep Ohio in line with federal regulations.

"The PUCO should support long-term projects that offer significant environmental and economic benefits to Ohio, such as AEP’s 49 MW Turning Point Solar Project (which was denied approval by the PUCO in January 2013)," the report reads.

Meanwhile, the meeting regarding SB 58 has yet to be rescheduled. An anonymous environmental lobbyist indicated that not all Ohio republicans are behind Seitz, telling The Plain Dealer that "it's chaos" in the statehouse.