Ohio's Energy Future Is Bright Unless FirstEnergy Gets Its Way 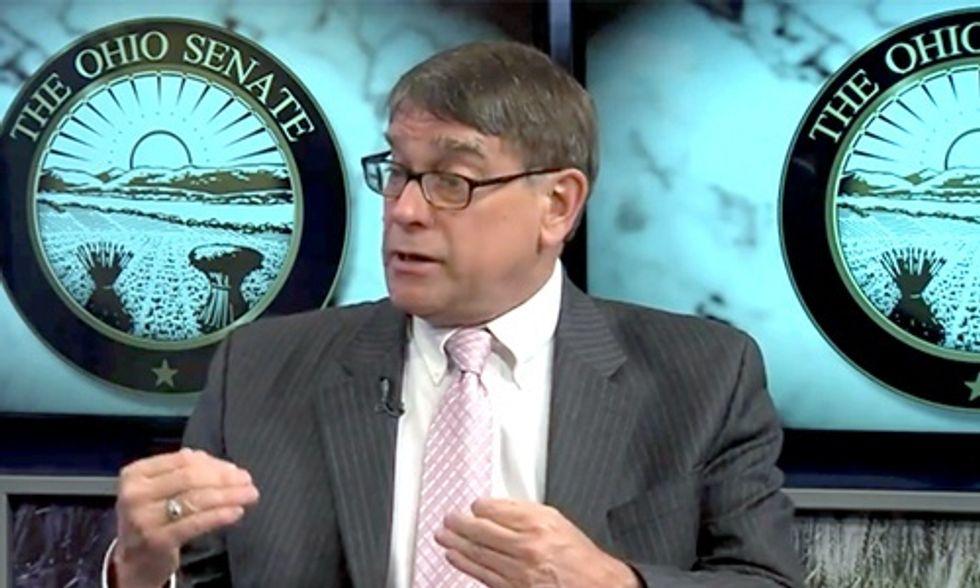 Freezing Ohio's clean-energy standards would be bad news for Ohio’s economy, jobs, electric consumers and the environment. But the Energy Mandates Study Committee appears ready to do just that. The legislature created the committee when it voted in 2014 to temporarily freeze Ohio’s clean-energy standards and become the first state in the nation to do so. The committee is now recommending the freeze be made permanent.

Why would the state legislature want to permanently freeze the standards? Good question. Unfortunately, I don’t think there is a very inspiring answer.

FirstEnergy, Ohio’s largest electric monopoly, takes issue with Ohio’s clean-energy laws and has been fighting them for years. Ohio requires the state’s biggest electric monopoly to invest in its competition and jumpstart a more competitive market for energy services. Why would they want to do that? Well, they don’t, obviously.

FirstEnergy has dominated Northern Ohio’s energy market for decades and been paid handsomely for it. Advances in technology, however, now enable us to break down the electric monopoly. We are at the cusp of a technological revolution in the way we do energy, just like the way cell phones changed telecommunications.

The time has come for investing in the next generation of energy and more competitive energy markets. But big energy won’t give up market domination and monopoly profits willingly. Hence, a mandate on Ohio’s monopolies is necessary and beneficial.

Renewable energy is a manufactured science. Since the sun and wind are an unlimited resource, the more we invest in the technology to capture it, the cheaper and more efficient it will get. The future of energy, unfettered by special interests, portends solar on every rooftop. Imagine all the roofing jobs created to install solar on rooftops all across Ohio.

Energy efficiency already makes economic sense. However, there are numerous market barriers standing in the way of wise energy choices. For instance, neither renters nor landlords have any incentive to make rental properties more efficient since the renter pays the energy bills while the landlord owns the property.

In fact, the market for electricity is itself heinously inefficient. For every three lumps of coal, you only get one out. Only a market dominated by monopolies could withstand this level of inefficiency.

Investments in combined heat and power technology can more than double the efficiency with which we make electricity, while putting people to work in good-paying jobs and reducing the high level of emissions emitted by the electric power sector. Targeted investments in this technology can also make our manufacturing sector leaner, greener and more globally competitive.

The future of energy is bright for Ohio, unless FirstEnergy and its legislative partner in crime, Sen. Bill Seitz, get their way.

I hope we don’t let that happen.