Wake Up Ohio Lawmakers and Unfreeze Your Renewable Energy Standards 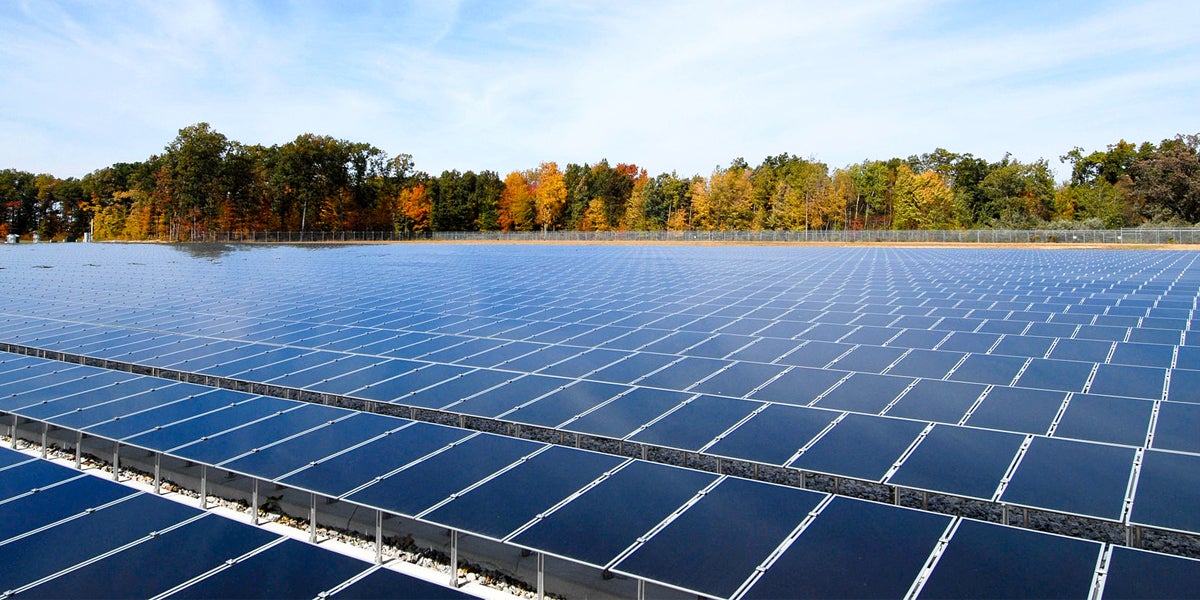 Ohio’s renewable energy and energy efficiency industry is at a critical inflection point.

As we round the corner on the last few months of the year (and the final weeks that Ohio’s General Assembly will be in session), large multi-national companies are making clear that they want strong efficiency and renewable energy standards to be at the forefront of Ohio’s energy policy. 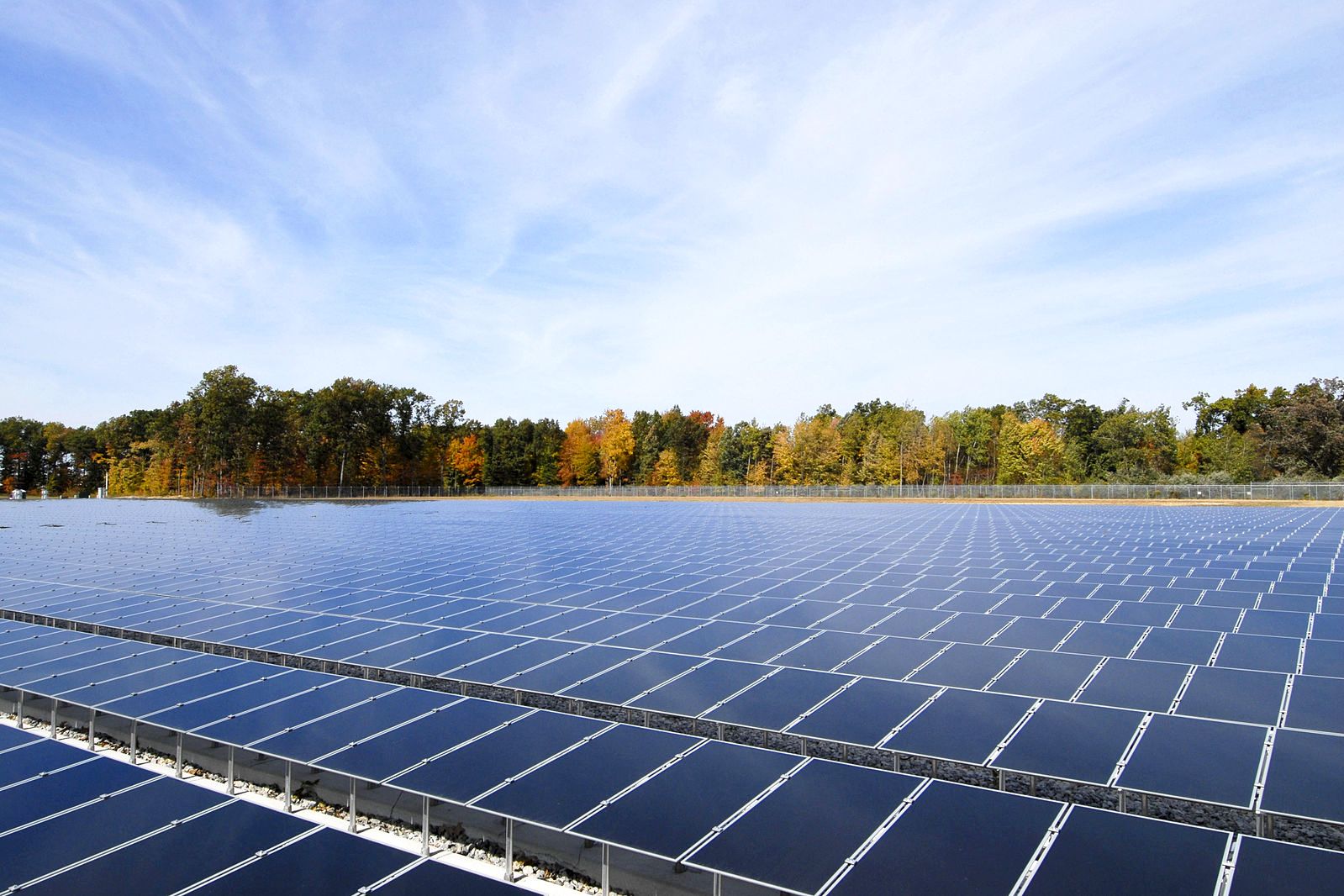 Back in 2014, lawmakers made the now-infamous decision to freeze the state’s wildly successful clean energy standards, which had been in place since 2009. Now, two years later, the results of the freeze are what you might expect, having become a cautionary tale for other states—and for Ohio’s next move on energy policy.

Just prior to the freeze, Ohio was number one in the nation in renewable energy jobs, home to more companies that manufacture components for wind energy than any other state and number two in the U.S. for companies that make solar components. Investments in Ohio’s clean energy sector created thousands of new jobs and stimulated more than $160 million in annual GDP growth. Because of energy efficiency requirements, Ohio’s utilities were reporting more than $1 billion in cumulative energy efficiency savings for consumers. And these clean energy investments were cost-effective; every $1 spent on energy efficiency saved all Ohio electricity customers more than $2 in power costs.

Ohio was on the right track.

But in the wake of the freeze (which was marketed by its sponsors as just a “gut check”), it became clear that clean energy standards are the difference between continuing Ohio’s track record of success or squandering it. Utility companies reduced services to customers, in some cases, suspending energy efficiency programs. One major electric company in Ohio cut its investment in energy efficiency in half, foregoing $70 million annually in potential benefits. Clean energy jobs moved out of state. Jobs in the state’s wind energy industry plummeted 56 percent. Customers were left frustrated.

Some of those customers were also big employers, who know that strong, reasonable efficiency and renewable energy standards are essential to attracting investment dollars at a time of fierce competition within the growing clean energy industry. Today these companies—nine to be exact—are banding together to send a clear message to lawmakers as we head into the critical final weeks of the legislative session: Do something about this policy mistake. Reinstate and strengthen Ohio’s standards on energy efficiency and renewables.

The coalition of businesses is just too big to ignore. They collectively employ more than 25,000 people in the state and include:

As Campbell Soup Company (which in addition to retail stores and offices has a manufacturing plant in Willard and a food processing plant in Napoleon), said:

“We urge Ohio’s leaders to lift the state’s freeze on the renewable energy and energy efficiency standards. Continuing to undo smart clean energy policies won’t help us build a stronger Ohio for tomorrow. Campbell remains supportive of removing barriers and promoting incentives for low carbon energy options. We believe renewable energy and energy efficiency are good for the environment and good for business. The solar project on Campbell’s Napoleon, OH site is expected to save $4 million and eliminate 250,000 metric tons of greenhouse gas over the purchase agreement’s 20-year period.”

Whirlpool Corporation (with several plants manufacturing energy efficient appliances across the state, including in Clyde, Marion, Findlay and Ottawa), said:

“Whirlpool Corporation urges Ohio’s leaders to restore the state’s Energy Efficiency Resource Standard and be proactive in supporting energy policies that promote affordability, reliability and protection of the environment. These priorities are a foundation for Ohio’s continued economic growth. As the number one major appliance manufacturer in the world, Whirlpool Corporation will continue to do its part by developing innovative resource-efficient appliances and by improving the environmental performance of our facilities.”

Nestlé (with several facilities across the state, including in Solon, Cleveland, Marysville, Zanesville and Dublin), noted:

“As a major manufacturing company in Ohio, we rely on clean energy to reduce costs and lower our carbon emissions. We’ve set ourselves clear targets to further reduce greenhouse gas emissions in all of our manufacturing operations. We’re making good progress and our support of policies that encourage the transition toward a low carbon economy helps us, and other companies, to continually improve our environmental performance. We know this is also important to many of our consumers and we strongly believe that lifting the freeze on Ohio’s renewable energy and energy efficiency standards is good for the environment and good for business, as well as the state’s economy and the people who call it home.”

These strong requests confirm where we’re headed. The corporate sector has embarked on an unstoppable shift toward seeking out safer, cleaner energy sources, not just to protect the environment and public health, but also to cut operating costs and maintain their edge in an increasingly competitive field. It is further proof that what’s good for the economy and good for the environment are not mutually exclusive. They can exist together and reinforce each other. Clean energy should be something we all agree on.

But we are now back to this critical inflection point.

State lawmakers have the choice this year: embrace and continue to attract sustainability-minded businesses like this “Coalition of Nine” or get left behind. The General Assembly is expected to consider clean energy policy proposals in the days following the Nov. 8 election, but as of yet they have only been dragging their feet, kicking around proposals that are dead on arrival.

Thankfully, Gov. Kasich is paying attention. He has threatened a veto, stating more than once that watering down the standards and extending the freeze is “unacceptable,” as it would be “kicking the can down the road.” The governor will no doubt be keeping this list of business supporters in mind as Ohio decides what to do.

Ohio businesses have now made clean energy a central part of Ohio’s energy debate. With more than 100,000 Ohio jobs in clean energy on the line, we just hope lawmakers are listening.