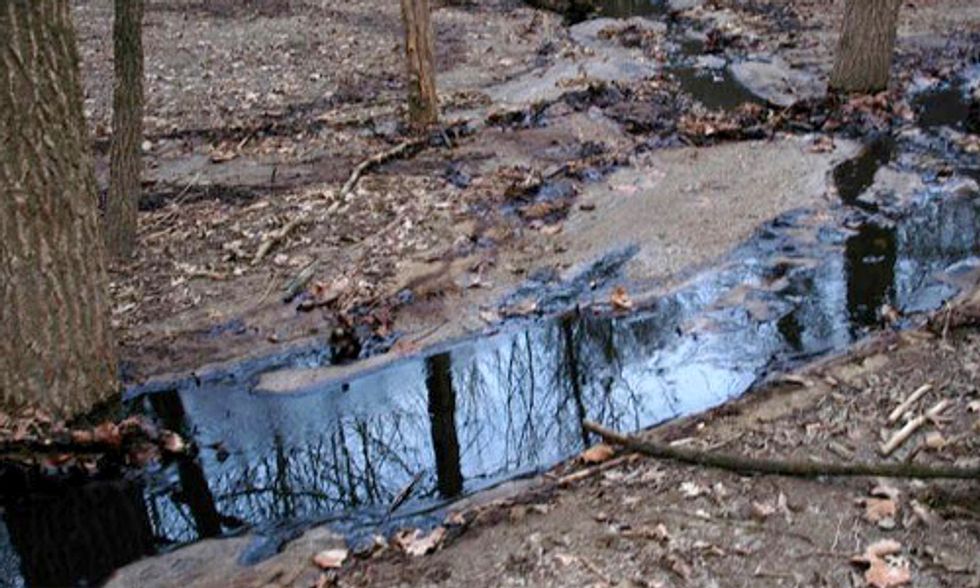 Sunoco spokesman Jeff Shields said a clamp has been engineered just for the 20-inch diameter pipeline as part of a federally approved plan. While Shields said the pipeline had a 5-inch crack, the U.S. Environmental Protection Agency says the matter is still under investigation.

The pipeline has been repaired and reopened on Monday, according to Sunoco Logistics. Sunoco had turned off a stretch of the pipeline from Hebron, KY, to Lima, OH as a result of the leak. The new clamp was tested before oil resumed flowing.

The company owns most of the Mid-Valley Pipeline Co. pipeline, which extends 1,000 miles from Michigan to Texas.

The pipeline carries crude oil to refineries in Ohio and Oregon. Inspectors last checked it in 2011. A system-wide inspection of the 1,119-mile-long pipeline five years ago resulted in a $48,700 fine for Sunoco, which did not address corrosion problems in the pipeline.

According to the Enquirer, Gary M. Broughton placed the initial 911 call after taking in a “fuel, oily smell.” He got out of his car and saw oil spreading across a pond.

This week, an even larger spill took place in Texas City, TX when a barge carrying more than 900,000 gallons of oil collided with a 585-foot ship on the Houston Ship Channel, one of the world's busiest waterways.

Environmentalists are concerned about the impact the spill could have on the bird population. Thousands of shorebirds are still in the area. The Bolivar Flats Shorebird Sanctuary is just east of the spill site. It is known to attract 50,000 to 70,000 shorebirds to its muddy, flat terrain.