Ohio House of Representatives Votes against a Clean Lake Erie 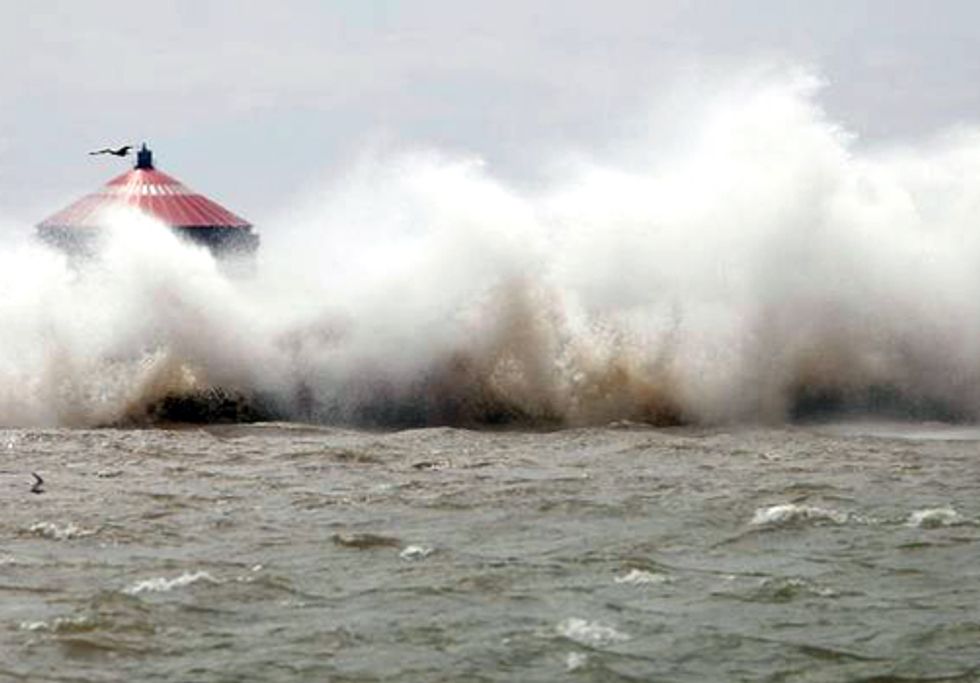 The Ohio House of Representatives repeated history today and once again passed an unbalanced bill that repeatedly puts the interests of industrial mining companies and other large industrial interests ahead of the health of streams and their wildlife and the rights of recreational users to the inland lakes and streams that drain to Lake Erie in Ohio.

The House voted 59-38 along party lines today on a bill (House Bill 473) to implement the Great Lakes Compact, a binding agreement among the eight Great Lakes States to guide the sustainable management of water use in all of the Great Lakes and the tributaries and groundwater that flow into the Lakes.

Despite improvements over an even more imbalanced bill that Gov. John Kasich vetoed last summer, the House continued to give short shrift to the Compact’s requirement to protect not only the quantity and quality of Lake Erie lake water, but also the inland waterways when considering industry permit applications to withdraw and use water in the Lake Erie drainage basin.

“It’s Groundhog Day all over again at the Statehouse,” said Kristy Meyer, director of Agricultural and Clean Water Programs at the Ohio Environmental Council.

“The Ohio House has chosen to elevate mining and other industrial interests over the public interest, putting at risk the health and wildlife of our Great Lake.  Mining companies, bottlers, and industrial feedlots are the big winners. The big losers are the millions of sportsmen and boaters and countless wildlife that depend on healthy tributaries. So much for Earth Day in Ohio.”

The vote follows months of negotiation and weeks of House committee hearings during which sportsmen, scientists, charter boat captains, boaters, travel and tourism business owners, and environmental-conservation groups warned that the bill:

The Kasich administration and the bill’s supporters did agree to several improvements over the previous bill that Kasich vetoed. The bill that passed the House today would allow power plants, manufacturers, golf courses, agriculture, water companies and other users to take up to 2.5 million gallons of water per day directly from the lake and 1 million from most groundwater, rivers, streams and other inland sources before having to get a state permit. Those thresholds are more in line with those set by other Great Lakes states.

As reported by the Toledo Blade, roughly 153.9 million gallons of water flow into Lake Erie every day from the Detroit River, other tributaries, and rainfall, according to a 2009 report by the International Upper Great Lakes Study Board. That compares to 154.9 million gallons that flow out over Niagara Falls, is lost to evaporation, and is diverted to New York canals.

Despite these good improvements won by the Kasich administration, the bill remains tilted in business’ interest. The industrial minerals mining industry along with industrial feedlots and other industrial interests stalwartly support the bill. Meanwhile, sportsmen, charter boat captains, and environmental-conservation groups vigorously oppose it.

Former Ohio Govs. Bob Taft and George Voinovich wrote to lawmakers, urging them to address these concerns. Former Ohio DNR Director Sam Speck, who negotiated the Compact agreement amongst the Great Lakes states, testified Tuesday about the importance of striking a fair balance between industry’s access to water and maintaining sustainable water supplies in the Lake Erie drainage basin. He predicted that a court would strike down the limitation on the right of recreational users to appeal water use permits.

During Tuesday’s committee testimony, sportsmen groups vigorously opposed the bill’s repeal of recreational users’ common law right to appeal an industrial water use permit in Lake Eire and its tributaries. The bill narrows those rights to persons or businesses who have a direct economic or property interest in a water use permit.

The League of Ohio Sportsmen, the Greater Cleveland Boating Association and the Izaak Walton League of America urged the House committee to preserve, not eliminate, recreational users’ rights, as Ohio has for decades. Like its Committee, the full House rejected attempts by minority Democrats to protect the sportsmen’s rights.

Anthony Caruso, Rear Commander of the Greater Cleveland Boating Association, which represents more than 15,000 boat owners across the Ohio Lake Erie basin, told the Committee “We strongly resent that HB 473 narrows the definition of “Aggrieved Person” and by doing so eliminates our rights, and other recreational users’ rights, to access and enjoy Ohio’s waters.”

The bill also dismisses the numerous small and medium-sized businesses that rely on Lake Erie and the importance of Lake Erie’s $10 billion tourism economy.

The Lake Erie Charter Boat Association, representing more than 225 members, testified that a healthy Lake Erie and its tributaries are vital to the charter boat business. Without strong walleye, steelhead, and other prized sport fish populations, charter boat captains will have fewer fish for customers to catch and with toxic algal blooms customers won’t return to spend their day on a lake covered in green slime. A healthy Lake Erie is vital to the charter boat business and many other businesses along Lake Eire.

Opposition to the bill centers around four continuing concerns:

Rolling back current Ohio law that protects Lake Erie’s tributaries. A healthy Lake Erie is only as healthy as the tributaries that flow into it. By not protecting the tributaries, HB 473 violates Ohio’s binding agreement with the other Great Lakes states and risks worsening toxic algal blooms, deteriorating critical spawning and nursery habitat, and decreasing Lake Erie’s prized sport-fish population.

Averaging water withdrawals over a 90 day average. By measuring withdrawals on a 90 day average instead of a “per day” measure, facilities could withdraw 10 million gallons of water in a single day and still not be required to seek a permit. Fish and other wildlife do not live in an average amount of water. Fish cannot survive hours let alone days without sufficient water and oxygen.

Eliminating recreational users’ right to appeal a water withdrawal permit. In an unprecedented move, HB 473 outright abandon’s Ohio’s public trust responsibility to care for all Ohio’s waters and eliminates the right of anglers, boaters and other recreational users to appeal a water withdrawal or water use decision that negatively impacts their ability to enjoy Ohio’s natural resources.

Opposition to the bill was led by Reps. Teresa Fedor (D-Toledo), Dennis Murray (D-Sandusky), Kathleen Clyde (D-Kent, and Sean O’Brian (D-Brookfield). The Democrats offered amendments that would address the concerns of witnesses. Majority Republicans summarily voted not to consider the amendments.

The only proponent witnesses to testify in support of HB 473 were the Ohio Chamber of Commerce and the Coalition for Sustainable Water Management, representing industry interests.

Opposing the bill were:

Interested Party testimony summarizing concerns about the bill and about how a healthy lake ecosystem is vital to the tourism industry within the Lake Erie basin was offered by:

The bill now heads to the Ohio Senate, which is expected to pass the bill, with or without any amendments.

“Our last hope is the Ohio Senate. We hope that our Senators can accomplish what our Representatives did not: consider the interests of the many recreational and small business users of Lake Erie, not just the industrial interests,” said Meyer.