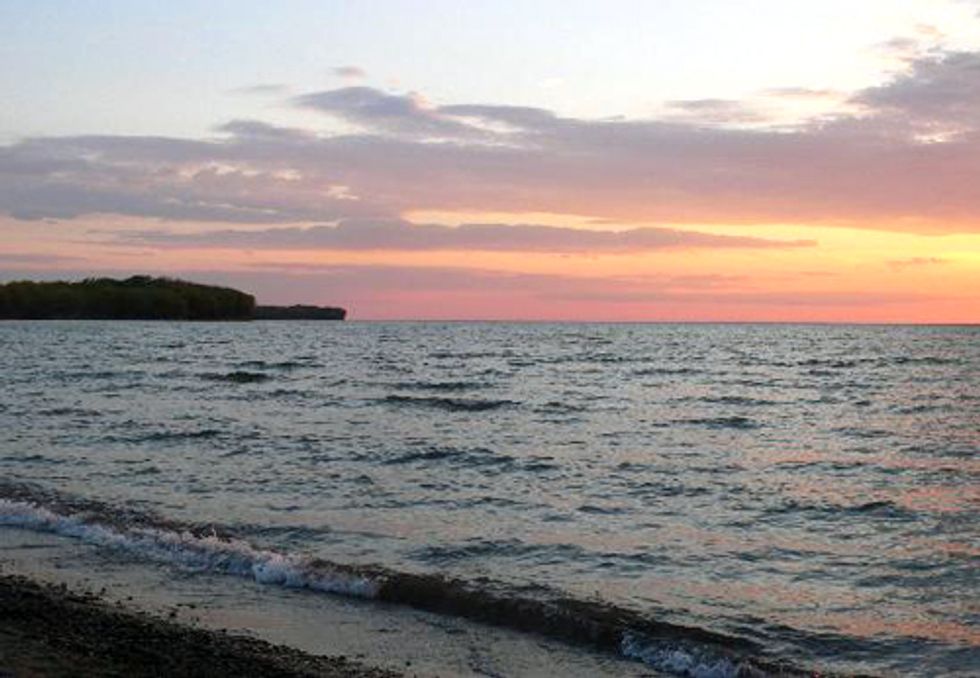 Today, Ohio Gov. John Kasich signed into law legislation that for the first time will establish a permitting program for water withdrawals from Lake Erie and the rivers and groundwater that drain to the Lake.

Environmental and conservation leaders, however, are disappointed that the legislation:

• fails to protect Lake Erie's rivers and wildlife from unsustainable water withdrawals; and

• restricts the rights of hunters and anglers and other recreational users to appeal conditions of a water use permit to the Ohio Department of Natural Resources (ODNR).

The legislation is intended to implement the Great Lakes Compact, an unprecedented binding agreement among the eight Great Lakes states to prohibit diversions of water outside of the Great Lakes basin. It also requires the wise use of water used within the watershed.

Following the passage in each individual state, the Compact was adopted by the U.S. Congress. Ohio's General Assembly was then required to pass legislation to implement programs that would conserve and manage the use of water. "Unfortunately, mining, drilling and bottling companies have undermined the interests of millions of anglers and boaters and the countless fish and wildlife that depend on a healthy Lake Erie," said Kristy Meyer, director of Agricultural & Clean Water Programs at the Ohio Environmental Council. "The Great Lakes Compact constructed a roadmap for the states to follow its protective directions, but Ohio has chosen a troubling detour."

Gov. Kasich rightfully vetoed the first version passed by the legislature last year, as it fell short of providing the necessary protection for Lake Erie and its vital tributaries. To its credit the new legislation will require the ODNR to implement a voluntary conservation program, provide ODNR with enforcement tools and establishes water withdrawal thresholds for when a facility is required to obtain a permit.

The legislation, however, still falls short in fully protecting Lake Erie and its vital rivers.

"This bill leaves Lake Erie, its rivers and world-class steelhead and walleye fisheries vulnerable," said Marc Smith, senior policy manager with National Wildlife Federation. "Unfortunately, this bill does not achieve the balance as required under the Compact. As Ohio's neighbors take steps to implement water protections, Ohio has gone in the other direction."

During the consideration of the legislation, former Ohio Governors Bob Taft and George Voinovich raised concerns in a letter to lawmakers, urging them to amend the bill to protect recreational users' rights to appeal a water use permit, as well as protect Lake Erie and its rivers.

In testimony before the Ohio House of Representatives, former Ohio Department of Natural Resources Director Sam Speck, who negotiated the Compact agreement amongst the Great Lakes states, stressed the importance of striking a fair balance between industry's access to water and maintaining sustainable water supplies in the Lake Erie drainage basin.

"A healthy Lake Erie and its rivers are vital to my livelihood," said Rick Unger, president of the Lake Erie Charter Boat Association. "The rivers provide critical habitat for prized sportfish. By not protecting the rivers from significant impacts there will be less walleye, steelhead, and other prized sportfish for my customers to catch."

In addition to rolling back current protections for rivers, the bill strips hunters, anglers and the public from their right to challenge conditions of a water use permit that would threaten their ability to enjoy and recreate in Lake Erie or the rivers that feed the Lake.

"This legislation starts to unravel the public trust doctrine, which requires that the state manage the waters for all of the citizens in Ohio," said Rick Graham, president of the Izaak Walton League of America, Buckeye All State Chapter. "The sportsmen of Ohio have a fundamental right to challenge a water use if it would impair our ability to enjoy the natural resources held in trust for all of Ohioans."

The legislation approved today also mostly measures water uses over any 90-day average, allowing industrial users, including oil and gas drillers, to withdraw 3 million gallons of water over a few days without a permit.

Deep shale gas drilling is taking place in the Grand River, a high-quality stream with naturally low water levels, which was just labeled as one of the most endangered rivers in America due to hydrological fracturing.

"Ohio anglers are required to be licensed and are only allowed to keep five bass per a day," said Bob Townsend, conservation director at the Ohio B.A.S.S. Federation Nation. "We realize that licenses, permits, and daily catch limits are put in place to protect the fishery for all Ohio citizens. Large water users, therefore, should be required to measure their water use on a per day basis to protect the resources of Lake Erie for all Ohioans, not just large industries."

As a result of recreational and commercial fishing, hunting, wildlife watching, tourism and travel, Lake Erie supplies the state with more than $10 billion in economic revenue each year and 1 out of every 10 jobs in the counties along the coast.

It is the most biologically productive of all the Great Lakes. It produces more fish for human consumption than all the other Great Lakes, combined.

"The Compact is a hard fought compromise between the many who depend on Great Lakes water," said Jared Teutsch, water policy advocate for the Alliance for the Great Lakes. "By choosing to fight old battles all over again, Ohio has left Lake Erie with an uncertain future."