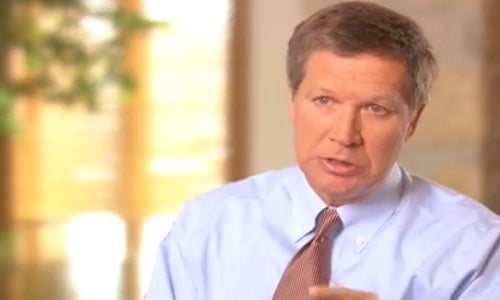 It took two weeks, but now it’s official—Ohio is the nation’s first state to roll back renewable energy standards.

After the state House of Representatives passed Senate Bill 310 in May, Gov. John Kasich signature was all that was missing to ensure Ohio’s clean-energy fall from grace. The standards—first passed in 2008 and reauthorized two years ago—previously required the state’s utilities to sell more solar and wind energy each year and charged them with finding efficiency solutions for their customers. Kasich’s signing means the standards are put on hold until 2017, when a committee formed by the bill’s passage could agree to permanently freeze them.

Kasich signed the bill Friday without any comment to the media, The Plain Dealer reported. 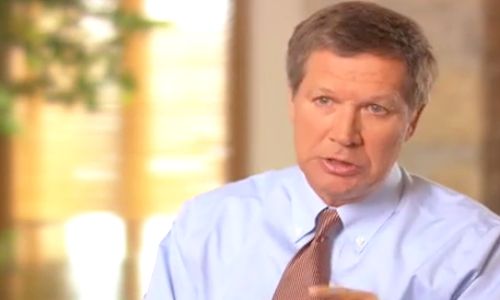 “Dirtier air. Higher electric bills. Lost jobs and investment. These are the new ‘dividends’ in store for Ohio from this major divestiture in clean energy,” said Trish Demeter, managing director of Energy and Clean Air Programs for the Ohio Environmental Council (OEC).

Groups like the American Wind Energy Association made a late push for Kasich to veto the bill, but they had no such luck. They tried reminding the governor of success stories like the Blue Creek Wind Farm, spread across two counties and six townships in Northwest Ohio. In February, Iberdrola Renewables presented $2.7 million worth of checks to two communities to commemorate the first of the annual payments in lieu of taxes for the state’s largest wind farm. In all, environmental groups like the OEC estimate that consumers have saved a combined $1 billion on their bills over the life of the standards, while others say the standards have brought in $1 billion in investment commitments.

“With this legislation, Gov. Kasich is moving the state backwards while monopoly utilities like FirstEnergy and AEP will see even greater profits,” Sierra Club campaign representative Daniel Sawmiller said in a statement. “Ohioans can now expect higher electricity bills, fewer jobs in the clean energy manufacturing and construction industries, and increased pollution.

“Gov. Kasich promised Ohioans he would protect Ohio families, create Ohio jobs, and champion clean energy technologies. By signing this devastating bill, he has decided to ignore the health and economic interests of everyday Ohioans in favor of big corporations. We need Gov. Kasich to be strong on energy efficiency, renewable energy, and green jobs to move Ohio forward.”