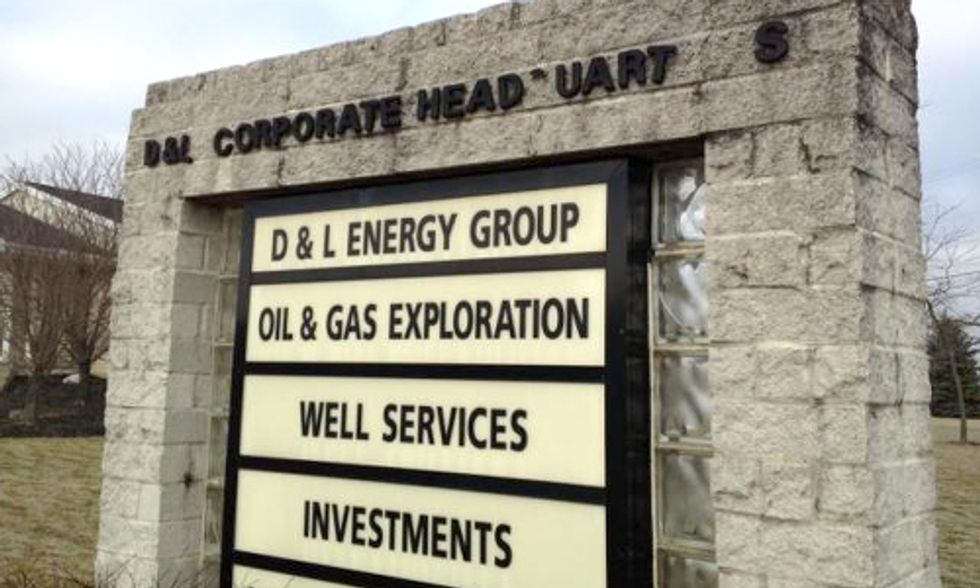 Just over a year after he pleaded not guilty to violating the federal Clean Water Act, an Ohio wastewater company owner changed his tune regarding allegations that he dumped or ordered the dumping of thousands of gallons of toxic and potentially radioactive fracking wastewater into a storm drain.

Ben Lupo, 63, pleaded guilty in federal court in Cleveland this week, the Associated Press reported. He faces up to three years in prison, a year of supervised release and fines that could total $250,000. He will be sentenced on June 16.

D&L Energy, one of Ben Lupo's many companies, had an Ohio Department of Natural Resources permit revoked after the owner was accused of ordering the dumping of toxic fracking wastewater. Lupo pleaded guilty this week. Photo credit: WKSU.org/via M.L. Shultze

"[Lupo] put his own business interests ahead of the health and safety of our citizens, natural resources and wildlife," Ohio Attorney General Mike DeWine said. "He will now be held accountable for this terrible crime."

Investigators said Lupo ordered an employee at Hardrock Excavating LLC to repeatedly dump drilling mud and brine into the Mahoning River watershed between November 2012 and January 2013. Lupo also may have done the dumping himself. The employee, 34-year-old Michael Guesman of Cortland, was sentenced last week to 300 hours of community service and three years of probation.

"As natural gas exploration continues, it must be done in a way that ensures the drilling byproducts are treated and disposed of safely and legally," said Randall Ashe, a special agent who runs the Ohio Environmental Protection Agency's (EPA) criminal enforcement program. "This case demonstrates that if companies and their owners skirt environmental laws, EPA will hold them accountable."

The Ohio Department of Natural Resources revoked the permits of Hardrock and D&L Energy last year after workers at the companies’ Youngstown headquarters reported seeing the material being dumped. Court documents indicate that the dumping occurred after dark after other employees left the Hardrock facility.

“We are pleased the defendant admitted to his actions, which caused great harm to the Mahoning River,” said Steven M. Dettelbach, U.S. attorney for the Northern District of Ohio.

“We will continue to aggressively investigate and prosecute cases in which people pollute Ohio’s waterways,” Dettelbach added.

Ohio is Not the Nation’s Fracking Waste Toilet