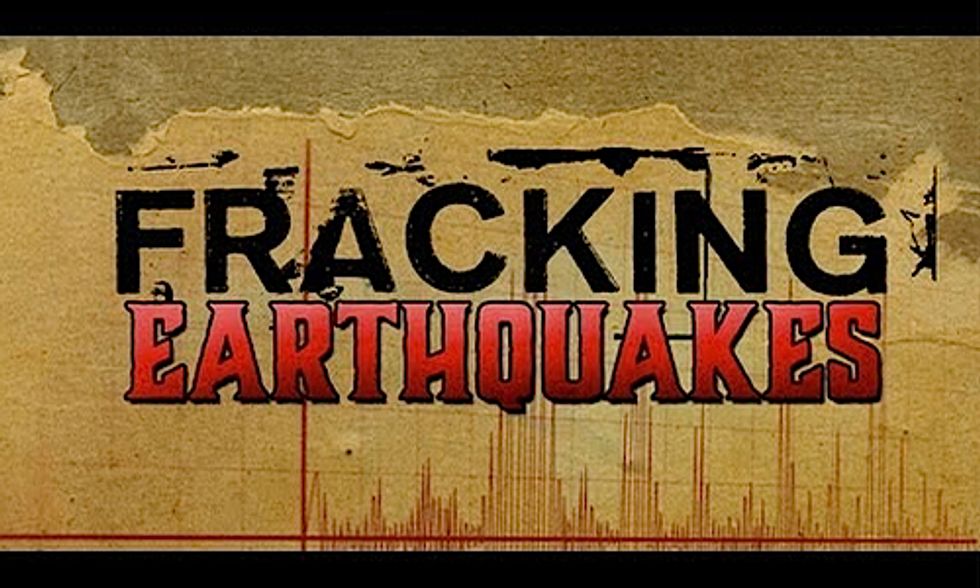 The Ohio Department of Natural Resources (ODNR) announced on Friday that recent earthquakes in northeastern Ohio were likely caused by hydraulic fracturing—or fracking.

Earthquake epicenters and past seismic events in Ohio. Graphic courtesy of ODNR

A series of earthquakes up to magnitude 3.0 struck on March 1o-11 in Mahoning County near the Ohio-Pennsylvania border. A nearby Utica oil well was being fracked at the time of the quakes, leading ODNR shut down the operation until a possible link could be investigated further.

This is now the fourth documented case of induced seismicity linked to fracking, and the latest in a series of earthquakes in Ohio caused by oil and gas production activities. The earlier quakes resulted from disposal of waste water into underground injection wells.

Scientists have long known that injecting fluids underground can cause earthquakes. Despite this fact, neither state nor federal regulations require operators of fracking wells or disposal wells to evaluate the risk of induced earthquakes when deciding where to site wells or how to operate them. Ohio will now be the first state to require companies to monitor for seismic activity during fracking and shut down operations if earthquakes occur.

Earthquakes caused by oil and gas production activities have been happening across the U.S., including in places where natural earthquakes are uncommon. It’s time for regulators everywhere to put public health and safety first, and create rules to assess and mitigate the risk of induced earthquakes.