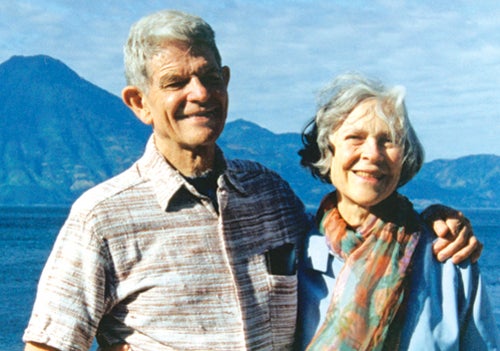 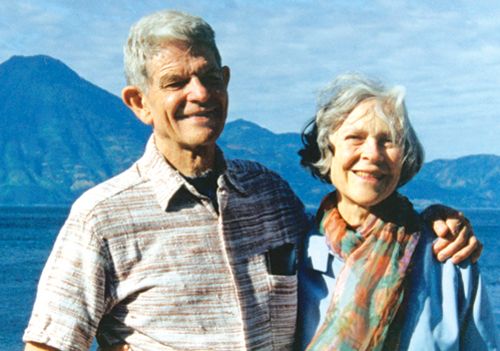 Ohio Citizen Action will honor Staughton and Alice Lynd with its highest recognition, the Howard M. Metzenbaum Award, on Saturday, Feb. 18, at the College Club in Cleveland, Ohio. Staughton and Alice Lynd of Niles, Ohio are lifelong participants in movements for social change in the U.S. and beyond. During their extraordinary partnership of more than half a century, they have earned a reputation as dedicated historians, legal scholars, and tireless advocates for peace and justice. Together they have fought for racial equality, peace and the rights of workers and prisoners—and against exposure to toxic hazards and the death penalty.

The Lynds’ tireless activism has inspired and motivated generations of people. In the early 1960s, the Lynds moved to Atlanta to join renowned historian, author and activist Howard Zinn in the fight for civil rights and educational opportunities for African-Americans. Afterward they relocated to New England when Staughton accepted a teaching position at Yale University. They both became deeply involved in the anti-Vietnam War movement, with Staughton chairing the first March on Washington and Alice counseling young draftees and editing a book of the personal accounts of conscientious objectors.

The couple came to Youngstown in 1976 to advocate for workers whose grievances had not been addressed by either their employers or their unions. Staughton filed suit on behalf of workers and unions against U.S. Steel, which had closed its local mills with careless speed. Alice too received a law degree and they both began working for the local Legal Aid agency.

Throughout the 1980s and 1990s, the couple supplemented their legal work by documenting the oral histories of people seeking justice across the globe from Nicaragua to Palestine. They also nurtured grassroots groups such as Workers Against Toxic Chemical Hazards.

Once they retired in 1996, Staughton and Alice became interested in the industry that had replaced Youngstown’s steel mills—prisons. By developing relationships with the leaders of the 1993 Lucasville prison riot, they not only shed light on the root causes of the disturbance, but went on to highlight inhumane treatment of high-security prisoners. Their work advocating for prisoners led directly to work against the death penalty.

Today the Lynds remain active and outspoken, harnessing their radical passion with wisdom and experience. They have authored several books and are sought after speakers on a range of pressing social issues.

“Ohio Citizen Action is so pleased to be able to recognize and honor the steadfast commitment of Staughton and Alice Lynd, not only to a group or a cause, but to a place and the ideal of justice that has characterized their lives and their partnership for more than 50 years,” said Executive Director Sandy Buchanan.

“Just like Senator Metzenbaum, the Lynds are the embodiment of principled tenacity and tireless persistence in the fight for what is right.”

The award event will begin with a reception at 6 p.m., followed by presentation of the award. The program will be a forum, featuring a discussion led by the Lynds entitled “Occupy Now, But What’s Next?”

For more information or to purchase tickets to the event, click here.