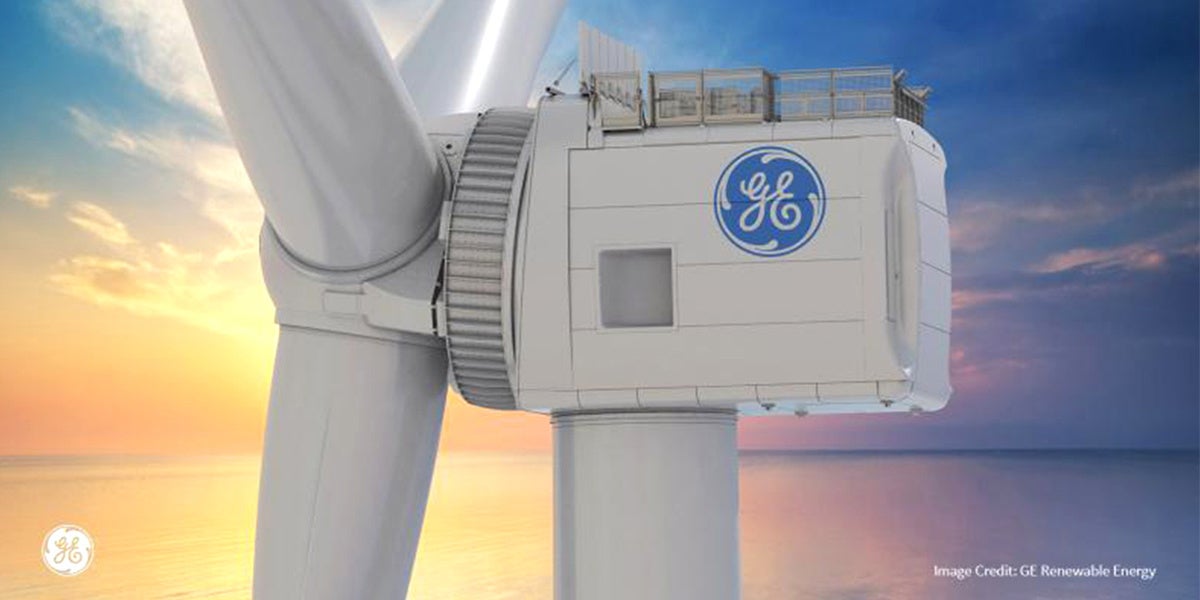 The world’s largest and most powerful
offshore wind turbine will test its wings at an innovative facility in northeast England.

The 12-megawatt Haliade-X, developed by GE Renewable Energy, stands 853 feet tall, or about three times the height of the Flat Iron building in New York City. Its massive rotor diameter of 722 feet is roughly the tower height of San Francisco’s Golden Gate Bridge above water.

GE touts that a single one of these turbines can generate enough power to supply 16,000 European households. A 750-megawatt wind farm configuration could produce enough power for up to 1 million homes. 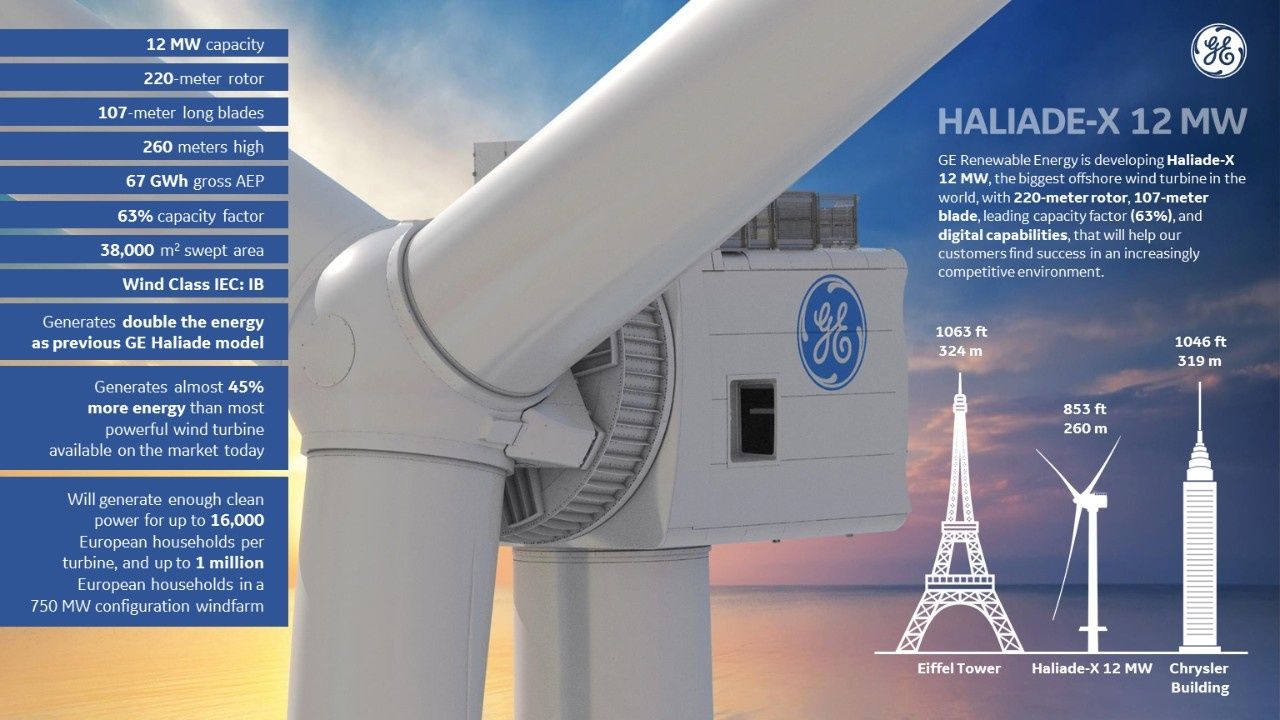 “This is an important agreement because it will enable us to prove Haliade-X in a faster way by putting it under controlled and extreme conditions,” John Lavelle, president and CEO of GE’s Offshore Wind business said in a statement.

Lavelle also noted, “Traditional testing methods rely on local wind conditions and therefore have limited repeatability for testing. By using ORE Catapult’s facilities and expertise, we will be in a better position to adapt our technology in a shortened time, reduce unplanned maintenance, increase availability and power output, while introducing new features to meet customers’ demands.”

Once installed, GE’s turbine will surpass MHI Vestas’
9-megawatt turbines at Vattenfall’s offshore wind farm off the coast of Aberdeen, Scotland. One rotation of those turbines is sufficient to power the average UK home for an entire day, the developers boasted.

As EcoWatch mentioned previously, companies are making larger and larger offshore turbines that can capture more wind and produce more power. This is appealing for wind farm operators because fewer turbines can simplify operations and lower maintenance costs.

GreenTech Media reported in March that more than $400 million will be invested over the next three to five years to develop the Haliade-X. The company aims to supply its first nacelle, or power generating unit, for demonstration in 2019 and ship the first units in 2021.

“We are making the UK a global leader in renewables, including offshore wind, with more support available than any other country in the world,” Perry said in a statement, noting that 22 percent of all investment in European wind projects are coming to the UK.

Check out more of the specs below: 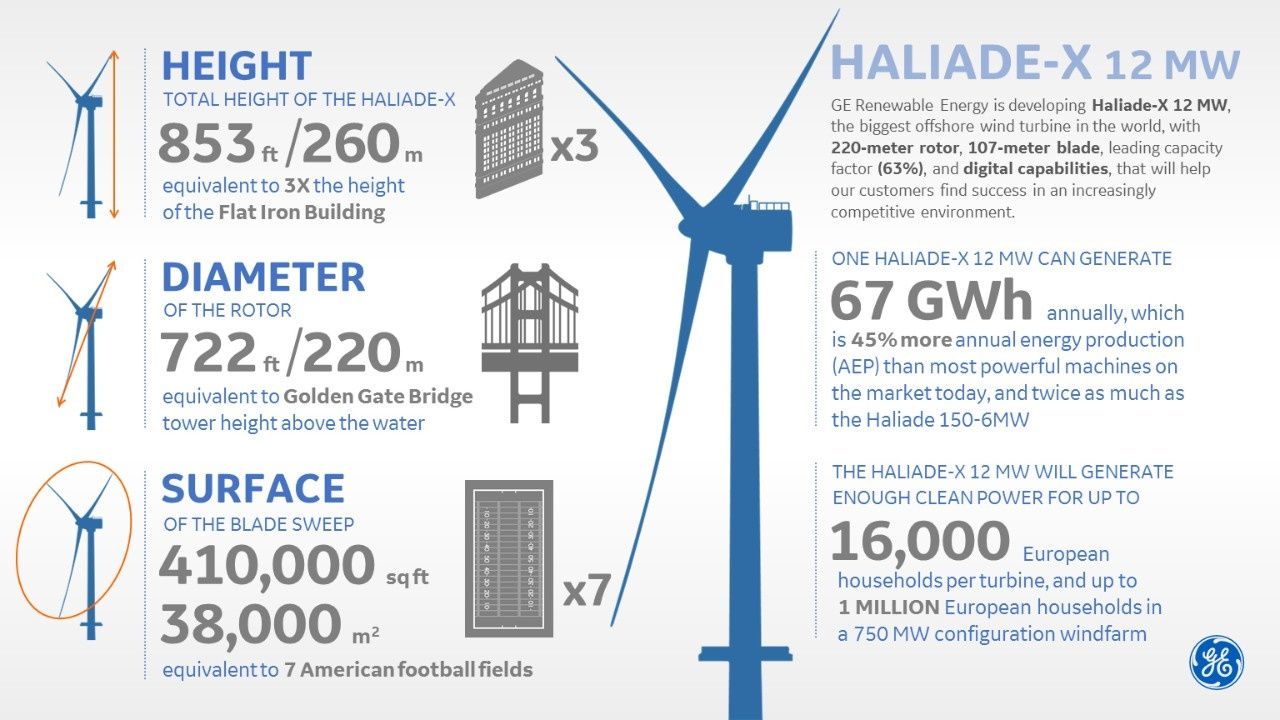