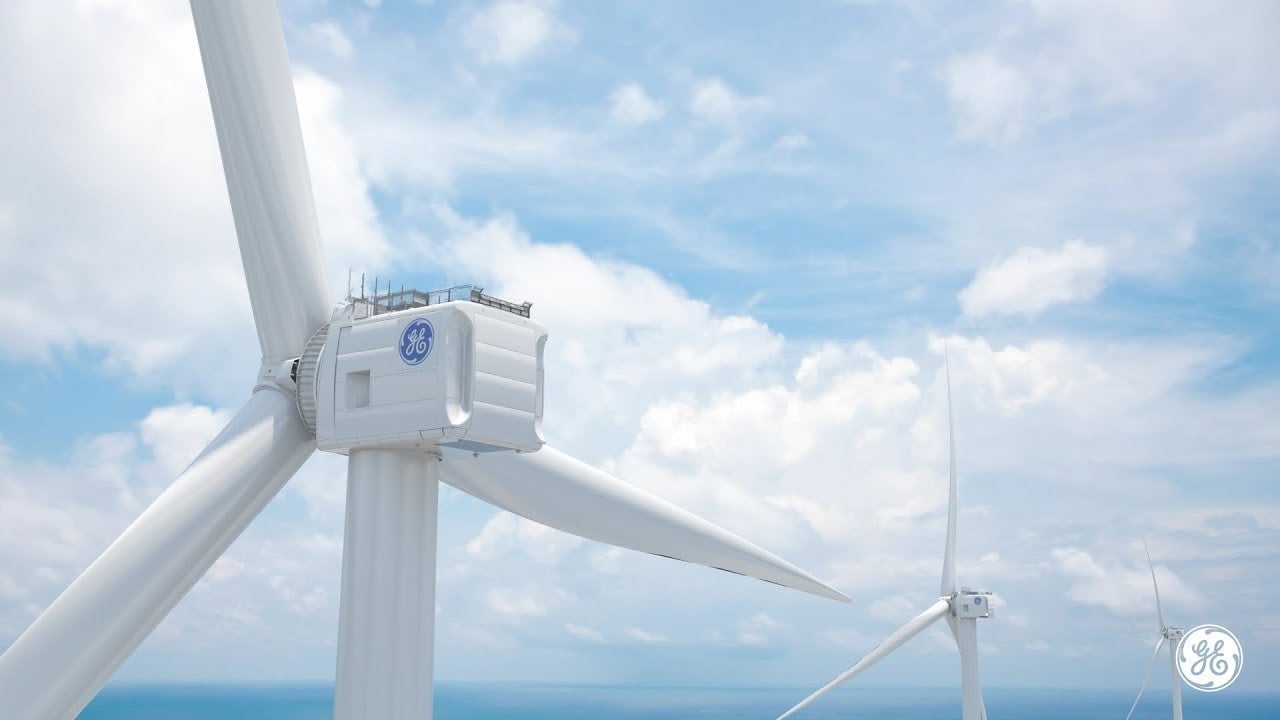 Each 12-megawatt Haliade-X stands 853 feet tall, or roughly five times the height of the Arc de Triomphe in Paris, and features 350-foot blades, or the length of a Major League Soccer field.

One turbine can generate 67 gigawatt-hours annually, or enough clean energy for up to 16,000 households. A 750-megawatt wind farm configuration could power 1 million households. GE says the Haliade-X will produce 45 percent more energy than any other offshore wind turbine available today. 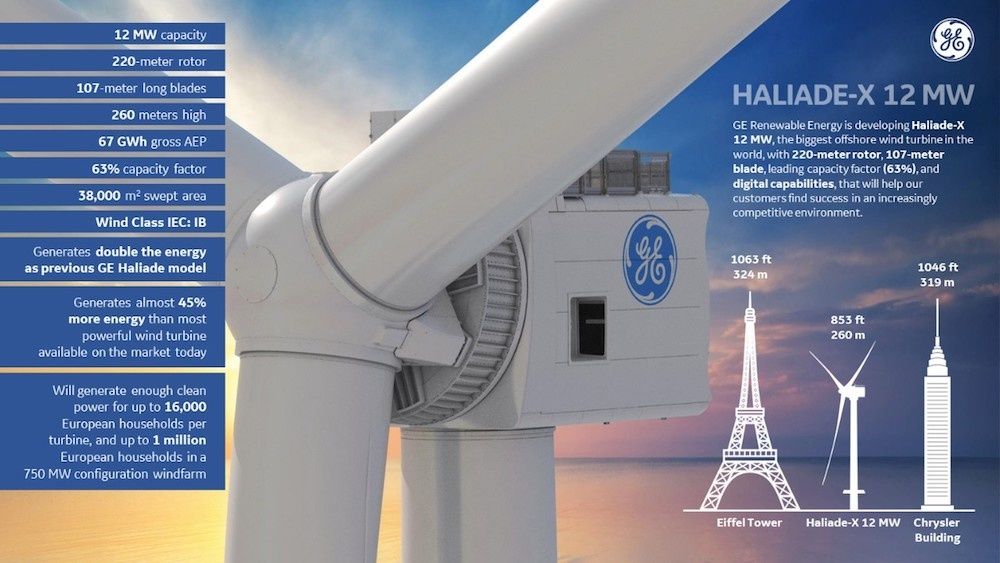 “We want to lead in the technologies that are driving the global energy transition,” General Electric CEO John Flannery said.

Companies are making bigger and bigger offshore turbines that can capture more wind and produce more power. This is appealing for wind farm developers because fewer turbines can simplify operations and lower maintenance costs.

Greentech Media pointed out that GE is “playing catchup” with its competitors. Its current 6-megawatt offshore turbines, which are installed at the Block Island Wind Farm off Rhode Island, lags behind the ones made by MHI Vestas and Siemens Gamesa Renewable Energy.

GE estimates the new turbine will achieve a 63 percent capacity factor, which is five to seven points more than the industry benchmark, noting that each percentage point in capacity factor is worth around $7 million.

More than $400 million will be invested over the next three to five years to develop the Haliade-X. The company aims to supply its first nacelle, or power generating unit, for demonstration in 2019 and ship the first units in 2021.

“The renewables industry took more than 20 years to install the first 17 GW of offshore wind. Today, the industry forecasts that it will install more than 90 GW over the next 12 years,” said Jérôme Pécresse, president and CEO of GE Renewable Energy. “This is being driven by lower cost of electricity from scale and technology. The Haliade-X shows GE’s commitment to the offshore wind segment and will set a new benchmark for cost of electricity, thus driving more offshore growth.”