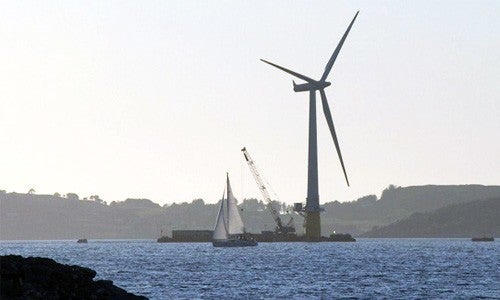 The race is on to prove that offshore wind power on floating platforms can be a significant power source for coastal states, with more than a dozen designs in development. 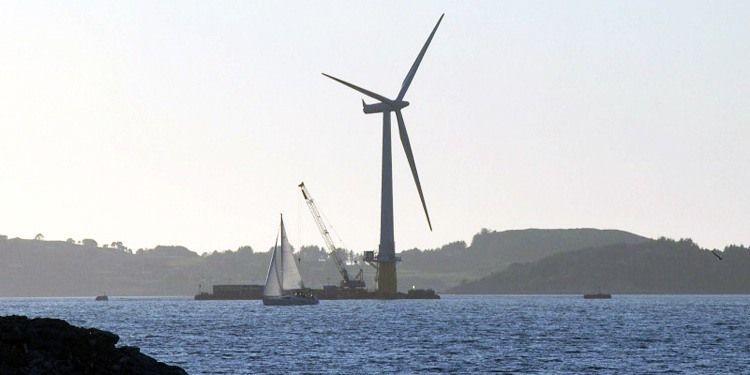 All countries with deep seas off their coasts can exploit the technology by anchoring wind farms near their major cities. Countries supporting these floating power stations include Japan, the U.S. and European countries bordering the North Atlantic and Mediterranean. Island states with limited land space would also benefit.

There are already successful demonstration platforms in Norway and Portugal, proving that the technology works. The battle now is to get costs down so that offshore wind can compete with other renewables.

The latest group to claim a breakthrough is the Department of Civil and Environmental Engineering at the Universitat Politècnica de Catalunya, Spain. Its developers have designed and patented a floating platform for offshore wind turbines that they claim can reduce energy costs to €0.12 per kilowatt hour (kWh)—less than the cost of electricity from a new nuclear power station.

They say the cost reduction is achieved through more efficient design and the use of concrete rather than steel, reducing costs by 60 percent.

Climent Molins and Alexis Campos, researchers at the Barcelona School of Civil Engineering, have developed another prototype called the WindCrete, a cylindrical structure with a large float and a ballast base that makes it self-stabilizing.

They say the main innovation of this model is its seamless, monolithic structure. It is also built of concrete, which is cheaper than steel, concrete is said to be more resistant in the marine environment, needing less maintenance and lasting for about 50 years.

The absence of joints in the platform is designed to increase its ability to withstand the effects of wind and seawater, avoiding the damage normally caused by wave action.

The WindCrete includes a 5-megawatt (MW) wind turbine that could be upgraded to carry rotors producing up to 15 MW with a relatively small increase in cost, making it far more economical.

Partially-submerged offshore platforms of this type require a minimum depth: 90 m in the case of the WindCrete. However, there is no technical maximum depth below which they cannot be installed. In the Gulf of Mexico, for example, there are floating oil platforms anchored at depths of up to 2,300 meters.

The WindCrete prototype, developed as part of a European project to promote innovation in this area, features in a report by the UK’s Carbon Trust on the current state of the floating wind technology market, written for the Scottish government.

Scotland has many deep sea locations close to its coasts and high wind speeds, so it is perfect for large-scale floating wind farms if they can be made competitive. 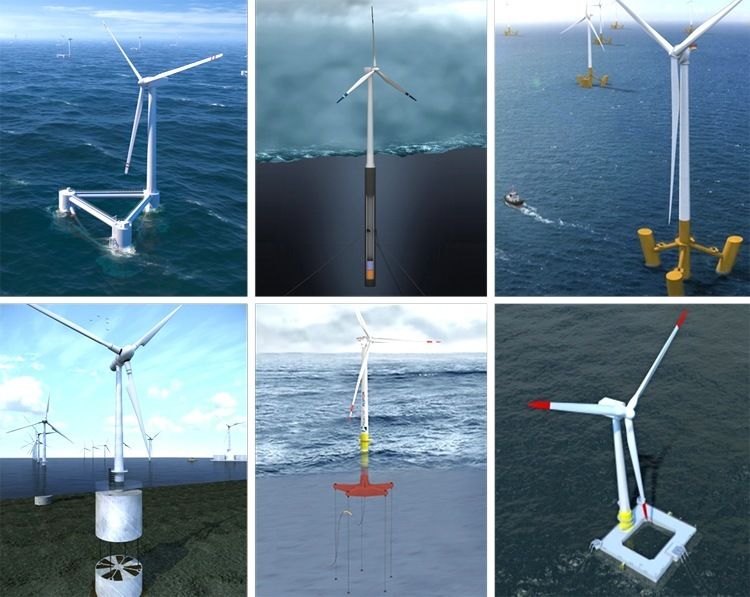 The report examines key trends, costs and barriers to commercial exploitation and includes an analysis of 18 models currently on the market.

Another area of development that offers promise for some coastal states is tidal power of various types.

It is not a new technology. The Rance Tidal Power Station in northwest France opened in 1966 and produces around 100 MW of electricity—enough to power 130,000 homes.

But new types of tidal power have been proved in the prototype stage and are expected to grow in importance.

One of the most promising is undersea turbines, rather like wind turbines but smaller. They have been developed in Europe and are proving successful, particularly where the tide is strongest—such as at the entrance to sea inlets or between islands.

Another system under development—and already given the go-ahead by the British government—is a tidal lagoon in the Severn estuary between England and South Wales. A dam will be constructed an will fill as the tide comes in, driving turbines as it does so. It will then empty, again producing electricity as the tide flows out through the turbines.

Because the UK and Canada have the highest tides in the world, they are the two countries currently most interested in these technologies, although there are concerns in the UK that the Conservative government is currently lukewarm in its support for renewables because it has increased subsidies for nuclear and fossil fuels.

The improving prospects for the tidal power industry will be discussed at a conference, the International Tidal Energy Summit, to be held in London from Nov. 23-25.

Government ministers in the UK will face pressure there to support the industry, which insiders claim needs extra political help to maintain the UK’s technological lead in the area.