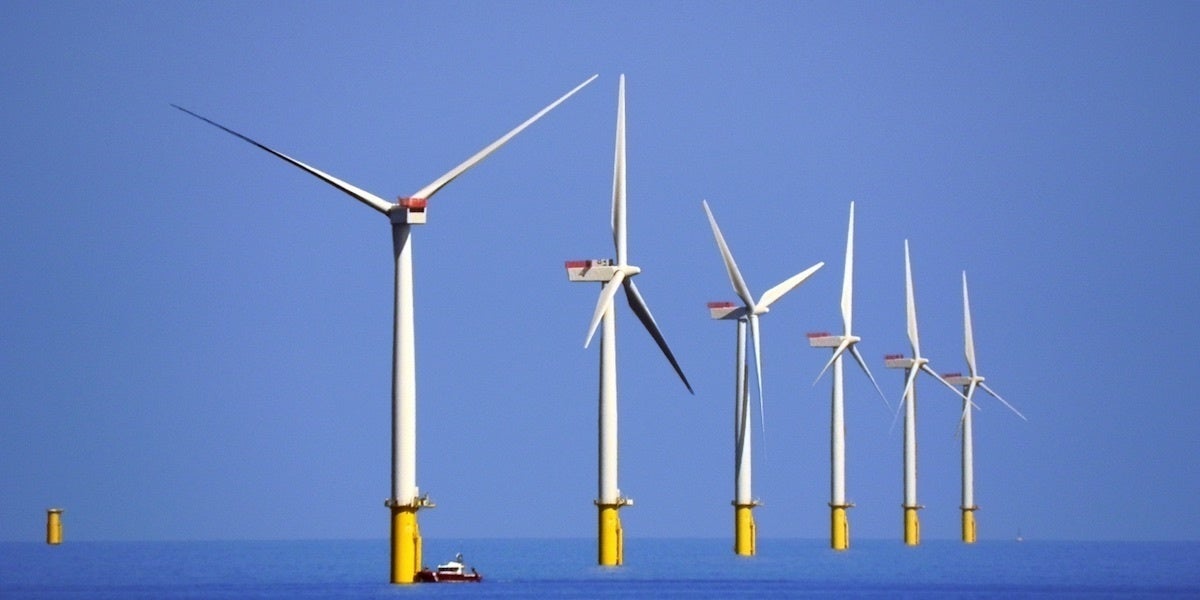 2017 was a banner year for European
offshore wind after installing a record 3.1 gigawatts of new capacity, twice the capacity installed in 2016, according to a new report from WindEurope, an industry association.

“Offshore wind is now a mainstream part of the power system. And the costs have fallen rapidly,” Dickson continued. “Investing in offshore wind today costs no more than in conventional power generation. It just shows Europe’s ready to embrace a much higher
renewables target for 2030. 35 percent is easily achievable. Not least now that floating offshore wind farms are also coming on line.”

Even wind turbines are getting more powerful. The average size of installed offshore wind turbines was 5.9 megawatts, a 23 percent increase from the year prior.

“The message to Governments as they prepare their plans is ‘go for it on offshore wind’: it’s perfectly affordable and getting cheaper still; it’s a stable form of power with increasing capacity factors; and it’s ‘made in Europe’ and supports jobs, industry, and exports,” Dickson said.

However, as Climate Action noted from the report, only a small number of countries can claim the lion’s share of Europe’s offshore wind power boom last year. The United Kingdom installed roughly 1.7 gigawatts—or more than half of the additions. Germany followed with 1.3 gigawatts. 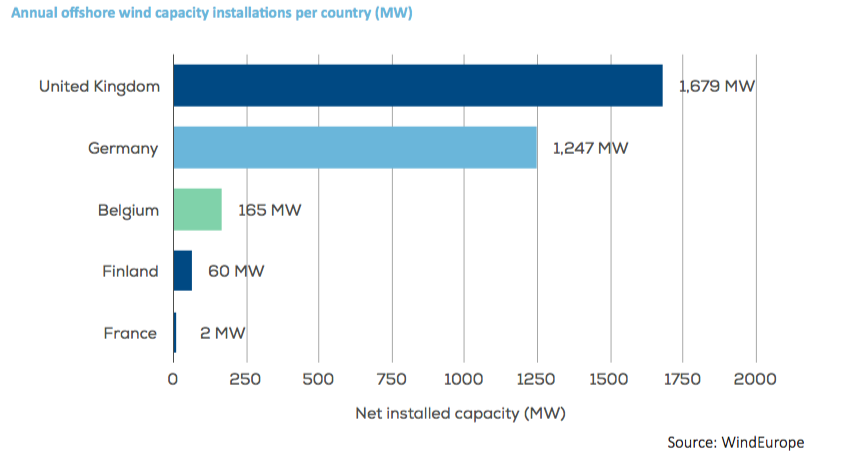