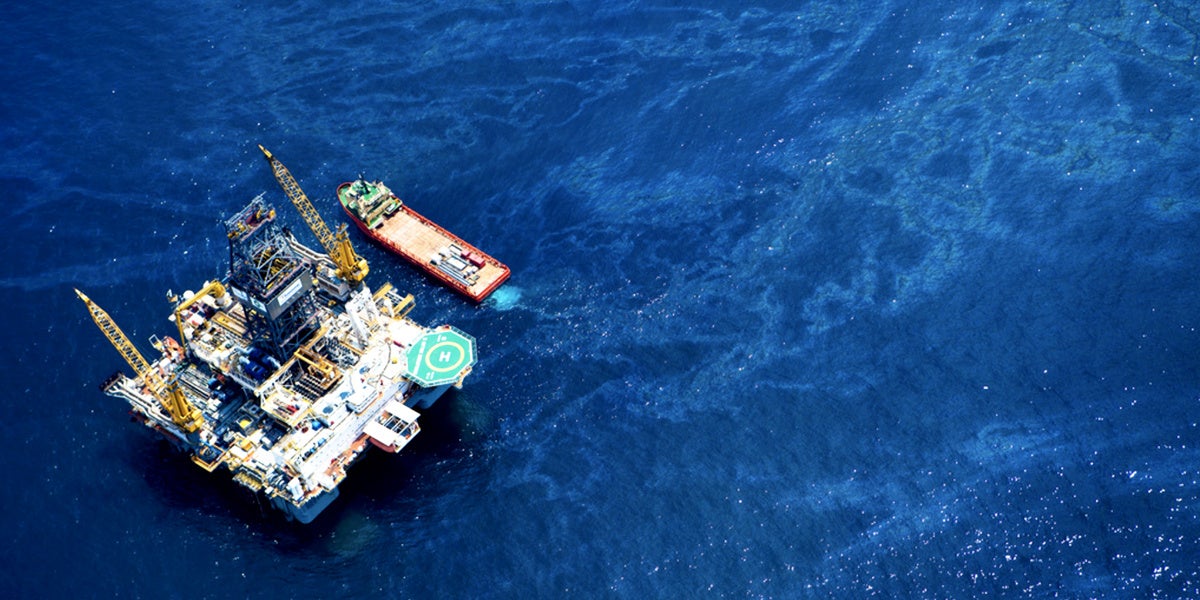 As the Trump administration moves to gut Obama-era clean water protections nationwide, an environmental group is warning the U.S. Environmental Protection Agency (EPA) that its draft pollution discharge permit for offshore drilling platforms in the Gulf of Mexico violates clean water laws because it allows operators to dump fracking chemicals and large volumes of drilling wastewater directly into the Gulf.

In a recent letter to the agency, the Center for Biological Diversity told the EPA that the dumping of drilling wastewater—which can contain fracking chemicals, drilling fluids and pollutants, such as heavy metals—directly into Gulf waters is unacceptable and prohibited under the Clean Water Act.

Under current rules established by the Obama administration, offshore oil and gas platforms can discharge well-treatment chemicals and unlimited amounts of “produced waters” from undersea wells directly into the Gulf as long as operators perform toxicity tests a few times a year and monitor for “sheens” on the water’s surface. About 75 billion gallons of produced water were dumped in the Gulf in 2014 alone, according to EPA records.

Offshore fracking, which typically involves injecting water and chemicals at high pressure into undersea wells to improve the flow of oil and gas, has rapidly expanded in the Gulf of Mexico over the past decade. The latest draft of the pollution discharge permit, which was largely prepared under the Obama administration, would require drillers to collect information on the fracking chemicals they dump overboard. Regulators want to know what these chemicals are; their catalogue of offshore fracking chemicals has not been updated since 2001, despite advancements in technology.

“It’s absolutely appalling that EPA is letting oil companies dump fracking wastewater into the Gulf without any idea of the types of chemicals being discharged, or their effects on sea turtles, sturgeon or the other marine life that call Gulf waters home,” said Kristen Monsell, an attorney for the Center for Biological Diversity, in an email to Truthout.

The Center for Biological Diversity, is also fighting offshore fracking off the coast of California, where a federal court on Friday rejected the Trump administration’s effort to dismiss legal challenges to fracking in the Santa Barbara Channel. The Center for Biological Diversity, along with other environmental groups and the state of California, argue in separate lawsuits that federal regulators did not do enough to study and mitigate the environmental impacts of offshore fracking before allowing operators to use the technology in Pacific waters.

The Center for Biological Diversity may have trouble convincing the EPA to change the draft pollution discharge permit for the Gulf of Mexico without taking the agency to court. Under the leadership of Scott Pruitt, a Trump-appointee with close ties to polluting industries, the EPA is working to gut environmental regulations with the explicit intent of maximizing fossil fuel production.

Pruitt is currently working to repeal the Clean Water Rule, an Obama-era regulation expanding the number of tributaries and wetlands located upstream from major bodies of water that are protected by the Clean Water Act. According to the Obama-era EPA, drinking water for one-third of the country’s population originates from such sources. However, farmers, agribusinesses and developers fear the rule would expand federal oversight to small bodies of water and interfere with private property rights. A federal court has blocked implementation of the rule until legal questions are resolved.

In late June, Pruitt released a proposal for rescinding the Clean Water Rule, which would leave federal regulators with the same definition of protected waters that has been in place since the late 1980s. It’s the first step in a lengthy process that is required by law to include a scientific review and public input. However, Republicans in Congress are working to waive these requirements.

If passed in its current form, the legislation would allow Pruitt to rescind the rule without responding to public comments or justifying the rulemaking with an extensive record of scientific facts. The legislation could also make it much more difficult for environmental groups to challenge Pruitt’s legal rationale for rescinding the rule in court.

“The Trump administration’s proposal to allow more pollution into America’s drinking water sources is senseless,” said John Rumpler, a senior attorney and clean water director at Environment America, in a statement. “For Congress to exempt such a move from the law is simply beyond the pale.”

Water Pollution and the Gulf of Mexico

Under the Clean Water Act, polluters must receive a permit from the EPA or state regulators before discharging pollutants into a body of water under federal jurisdiction. If the Clean Water Rule were to somehow survive the Trump administration, it would extend these requirements further upstream in many parts of the country’s interior.

In the Gulf of Mexico, which hosts the nation’s highest concentration of offshore drilling platforms, one general water pollution permit is issued every five years or so for the entire industry. It’s a draft of this permit that is currently under fire from environmentalists because it would allow the dumping of fracking chemicals and “produced water” from oil and gas wells.

Offshore fracking has been used to maximize production in more than 1,000 Gulf wells. Over the past eight years, the Obama administration approved hundreds of frack jobs without taking a close look at the technology’s impacts on the environment, at least until recently. Offshore fracking is typically much smaller in scale than its controversial onshore cousin, but recent investigations into the practice drew public attention to the industry’s habit of dumping billions of gallons of drilling wastewater into the ocean every year.

A review of the draft water pollution permit for oil and gas operations in the Gulf reveals how difficult it can be to uphold federal clean water standards in remote areas—or in this case, out on the open sea. Oil and gas operators are allowed to dump an unlimited amount of wastewater overboard, but certain conditions must be met in order to keep water quality near drilling platforms within federal standards.

Under the draft permit, offshore drillers would be required to run toxicity tests of the produced water and other fluids dumped overboard twice a year. If the fluid fails to pass the test, it would be considered a permit violation, and operators must conduct monthly tests until the situation improves. Operators would also be required to look for “sheens” on the surface of the water and figure out what is causing them.

In addition, they would either need to collect information on any fracking chemicals they dump overboard and share it with regulators, or participate in an “industry-wide study” on offshore fracking. Regulators would then use this data to determine whether limits for those chemicals will be needed in the future.

The draft permit tightens several monitoring requirements, but Monsell says it does not go far enough to protect water quality. Plus, the monitoring would largely be conducted by the industry itself, out on the open water.

“The Trump administration can’t just let the oil industry self-regulate, or we’re all in huge trouble,” Monsell said. “And the toxicity testing doesn’t prevent the chemicals from being dumped in the first place, and the testing requirement doesn’t even coincide with the dumping of fracking chemicals.”

Monsell added that toxicity testing is not required at the source of the wastewater, but at the edge of a 100-meter “mixing zone” where the discharge mingles with ocean waters below the platform. This is a major concern because there are thousands of platforms operating in the Gulf, and the EPA has “no clue” about the cumulative impact of various “mixing zones” because officials have yet to completely study the issue. She argues that the EPA must seek to understand the impacts of fracking chemicals and other pollutants before allowing discharges, not after the fact.

Monsell and the Center for Biological Diversity, sent a letter of concern to the EPA last week as a public comment period on the draft permit came to a close. A spokesman for the EPA’s regional office in Houston told Truthout in an email that officials would consider all the comments they have received as they work to finalize the permit.

Reposted with permission from our media associate Truthout.