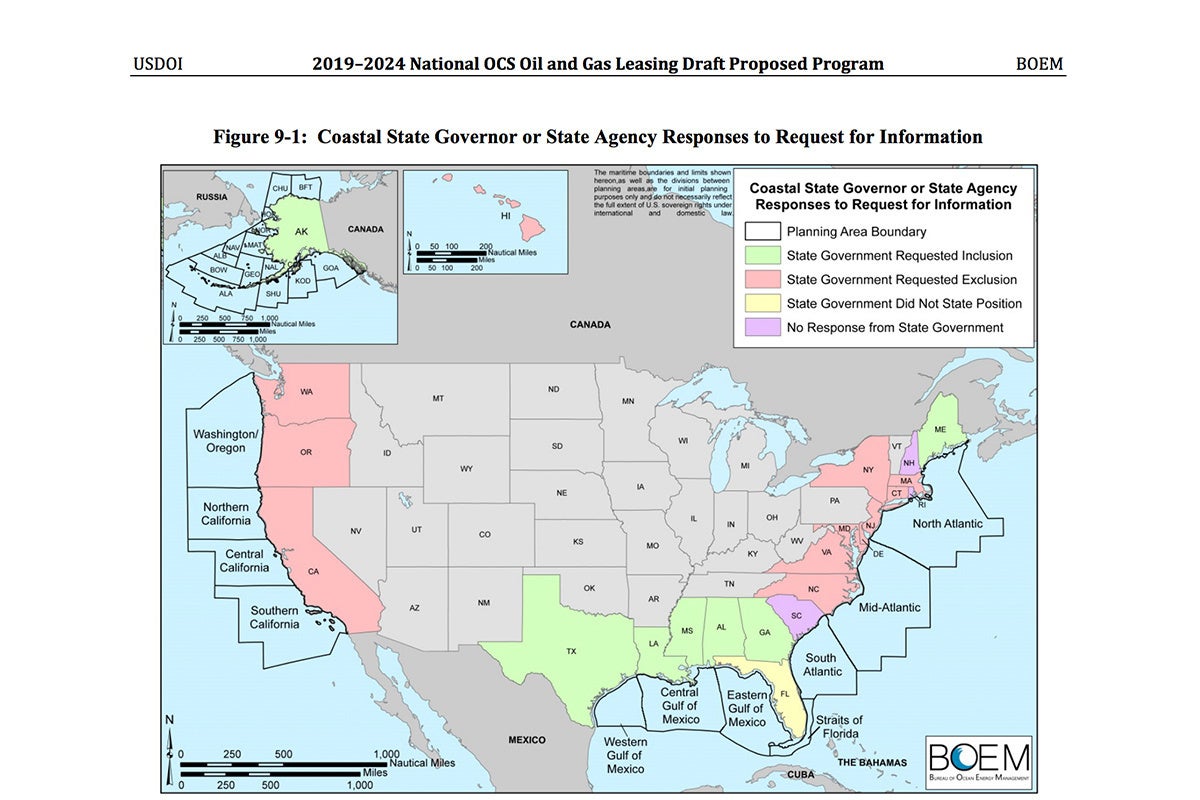 Interior Sec. Ryan Zinke‘s controversial decision to take Florida out of his proposed plan to greatly expand offshore drilling is causing clashes within the administration, according to multiple reports.

The head of the Bureau of Ocean Energy Management, which manages offshore leasing, told a Congressional subcommittee Friday that it had “no formal decision” on Florida and that the bureau is keeping Florida in its upcoming review of offshore resources.

Axios reported Sunday that Zinke’s “rogue” decision on Florida has opened the administration to legal trip wires with its plan and greatly upset President Trump. Trump isn’t the only one ticked off at Zinke this week: the Washington Post reported that several coastal governors are impatiently waiting to meet with the interior secretary on his drilling plans following initial phone calls to discuss the matter.

“In a statement, Representative Raúl M. Grijalva of Arizona, the senior Democrat on the subcommittee, which is responsible for energy and mineral resources, criticized the confusion caused by what he called ‘an out-of-control administration with incompetent top leadership.’

‘Instead of carefully following laws and regulations, this administration writes policy on a napkin, announces it on social media and calls it a day,’ Mr. Grijalva said.

The Trump administration’s handling of offshore drilling appeared to follow a pattern of seemingly spontaneous decisions that have left policies vulnerable to legal challenges, as has been the case with immigration and the shrinking of national monuments.

Environmental groups have vowed to fight the drilling plan.

With his unilateral announcement to exempt Florida from new offshore drilling, Mr. Zinke appeared to be bypassing the public and scientific review of potential offshore resources and environmental impacts that must follow any plan to commence offshore leasing.”

The Hill reported that “some in Florida were still skeptical” that the state would be off limits:

He told reporters Thursday that the hold would remain ‘until they come out by showing that there is no drilling off of Florida.’

Nelson noted that Interior’s maps, both on the web and at public meetings on the drilling plan, still have Florida under consideration.

‘They have the maps. Have you seen the maps? The maps have drilling on it,’ he said.”