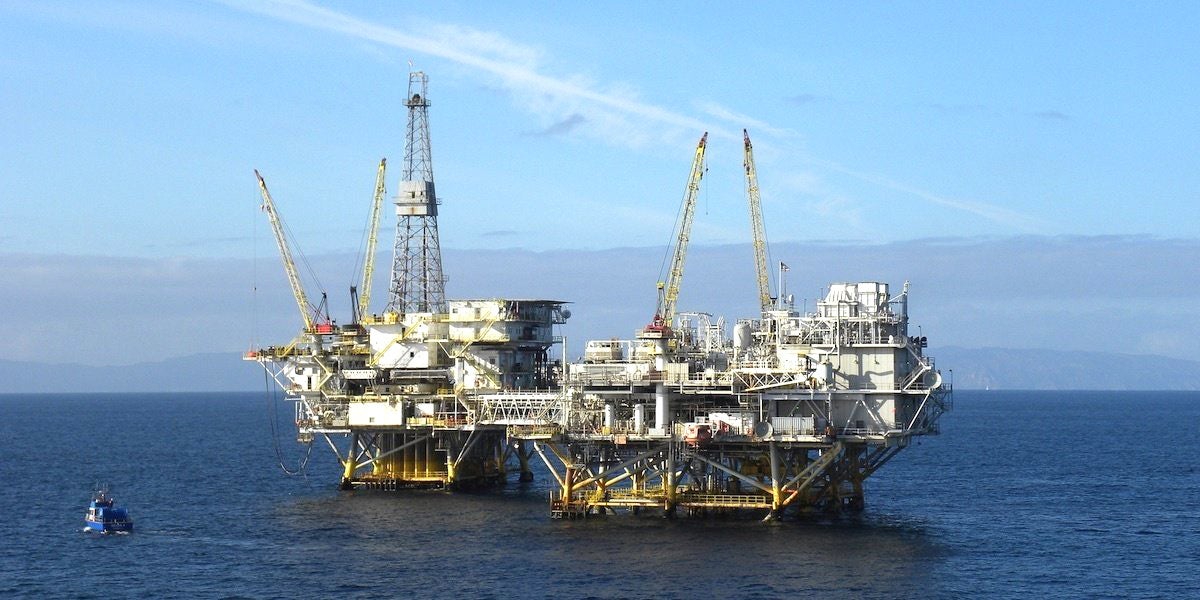 Bureau of Safety and Environmental Enforcement

The
Trump administration’s plan to vastly expand offshore oil drilling along the U.S. coastline has drawn bipartisan opposition from nearly all coastal governors.

Now, in one of the strongest declarations of opposition yet, California’s Lt. Governor Gavin Newsom, chair of the state’s powerful land commission has vowed “not a single drop from your new oil plan will ever make landfall in California.”

So what’s the plan? The Golden State will deny
pipeline permits for transporting oil over land from new leases off the Pacific Coast.

California’s State Lands Commission sent a letter on Wednesday to the U.S. Interior Department’s Bureau of Ocean Energy Management that stated, “It is certain that the state would not approve new pipelines or allow use of existing pipelines to transport oil from new leases onshore.”

Additionally, as
NPR reported, even if oil companies drill off California’s shores, they cannot construct new onshore infrastructure—i.e. terminals, pipelines and other equipment—without voter approval from more than a dozen coastal cities and counties first.

Got news for you, @realDonaldTrump — not a single drop from your new oil plan will ever make landfall in CA.

We will not be complacent in your deliberate partisan assault on our people and our economy. We will resist your cynical, regressive agenda.https://t.co/1MEF6oo0Sq

While companies can get offshore oil without using onshore equipment—they can instead use floating oil rigs and transfer the oil onto ships—that method is much more difficult and expensive. And after consecutive years of low oil prices, companies would likely look elsewhere.

“Absolutely,” Bob Fryklund with IHS Markit, which does research and consulting for the oil industry, told NPR. “The companies look at that. They look at the ease of operation.”

Furthermore,
CNBC noted that California could also invoke the federal Coastal Zonal Management Act of 1972, which gives states the authority to review offshore federal and industrial activity that may affect a state’s coastal uses or resources.

“This strategy,” as CNBC pointed out, “could provide a blueprint for other states” opposed to offshore drilling.

Californians have been spooked by offshore drilling for decades ever since a 1969 spill leached three million gallons of oil off the coast of Santa Barbara, prompting many of state’s drilling restrictions today.
Another spill in 2015 in Santa Barbara County sent more than 100,000 gallons of oil onto local beaches.

This isn’t the first time the state blocked federal drilling plans. According to the
Mercury News, “If the Democrats win back either the House or the Senate in 2018 or 2020 … they could kill those efforts by refusing to fund the Interior Department’s leasing programs, as they did in the 1980s when Leon Panetta, then a Monterey congressman, blocked all funds for the Reagan administration to pursue new drilling off California.”