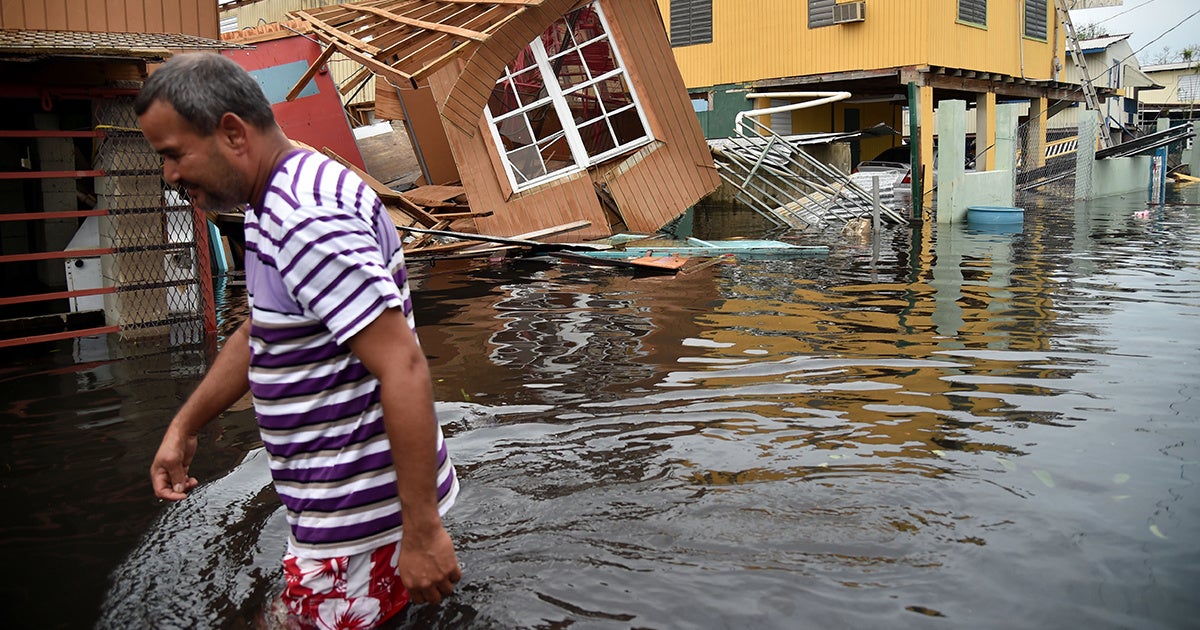 The study used data from 2010 to 2017 to predict mortality on Puerto Rico if the hurricane had not occurred and compared that figure to actual deaths on the island from September 2017 to February 2018, concluding there were 2,975 excess deaths during that period. That estimate took into account migration away from the island following the September 2017 storm.

“Even though it is an estimate, we are officially changing, or we are putting an official number to the death toll,” Puerto Rican Gove. Ricardo Rossello told reporters Tuesday, according to CNN. “We will take the 2,975 number as the official estimate for the excess deaths as a product of Maria.”

The new official estimate comes as various studies have suggested that many more people died in the devastating storm than previous government numbers indicated. The new official number is below the around 5,000 deaths estimated by a Harvard study in May and higher than the 1,139 estimated by a research letter in the Journal of the American Medical Association earlier this month.

“I do think this study helps to validate that sense that many people had that there were just too many deaths,” GW SPH Dean Lynn Goldman told CNN.

She said the research team would conduct another phase of the study to determine which of the excess deaths were in fact caused by the hurricane.

The numbers refocus attention on the Trump administration’s lackluster response to the storm.

“These numbers are only the latest to underscore that the federal response to the hurricanes was disastrously inadequate and, as a result, thousands of our fellow American citizens lost their lives,” New York Democratic Congresswoman Nydia Velazquez said in a statement reported by The Guardian.

The study also adds more evidence against President Donald Trump’s claim, when he visited Puerto Rico shortly after the hurricane, that the death toll was low.

In fact, the official Maria death toll now stands above the Hurricane Katrina death toll of more than 1,800, as estimated by the National Hurricane Center.

The researchers covered a six-month period because so many homes were without power for an incredibly long time. The Guardian reported. Lack of power increased exposure to extreme heat without fans or air conditioning and forced people to make more physical effort. “It’s fairly striking that you have so many households without electricity for so long. That’s unusual in the US after a disaster,” Goldman said.

The report found that the death rate was higher for all age groups and social spheres during the period studied, but that people living in towns with lower socioeconomic development had a risk of death 45 percent higher. Older men were also more likely to experience higher mortality rates.

The Puerto Rican government also commissioned GW SPH to assess how well it implemented the Center for Disease Control and Prevention (CDC) guidelines for reporting mortality in disasters and how well it communicated crisis and mortality information.

The report concluded that the Puerto Rican government’s lack of communication about best practices for death certificate reporting before the 2017 hurricane season, as well as a lack of awareness among doctors about how to report deaths after disasters, decreased the number of deaths attributed to the hurricane on official certificates.

GW SPH also conducted interviews with Puerto Rican government staffers, and found that the Department of Public Safety (DPS) and the Central Communications Office in the Governor’s Office did not have written communication plans for emergencies.

Interviewees also told researchers that there were not enough communications staff before the hurricane started and that an increase in staff after the hurricane was inefficiently managed.

Further, there were also no plans in place to use alternative communication channels once power cut out following the storm.

Researcher Carlos Santos-Burgoa said in a statement reported by ABC News that the report could provide a template for improvements.

“We hope this report and its recommendations will help build the island’s resilience and pave the way toward a plan that will protect all sectors of society in times of natural disasters,” he said.

Rosello made promises to that effect, announcing the creation of a “9/20” commission for determining how Puerto Rico could improve its disaster response, The Guardian reported.